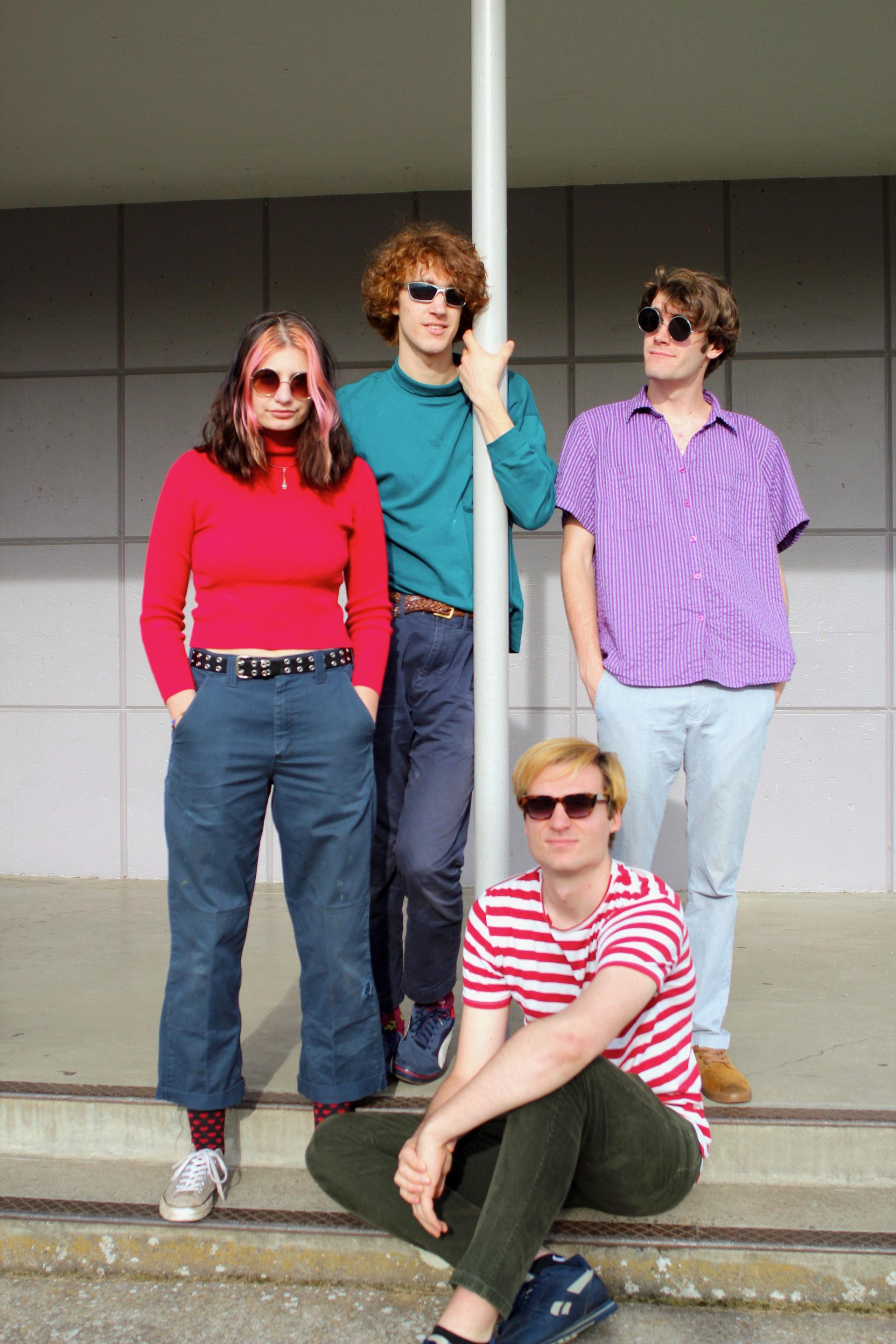 Eugene, OR – Laundry met in the University of Oregon dorms in the fall of 2017 and quickly began making waves in the underground music scenes of Portland and Eugene. The band blends elements of dream pop, surf rock, and art pop to create their signature sound: sparkly guitar, strong beats, and dense harmonies between the three lead singers. Their upcoming album, ‘Movie Star’ is Laundry’s most ambitious project to date, showcasing the band’s ability to mix melodic pop songs with virtuosic instrumental performances in a concise twenty-five minute package. ‘Don’t You Dare’ is the first single from the upcoming project, as well as the introduction to the world of ‘Movie Star’.

Laundry are stoked to share their new single out on July 24th.

Here’s what the band’s guitarist + vocalist Kiki had to say about it: “I wrote ‘Don’t You Dare’ about an imaginary cast of characters in a broken marriage. It’s about the narrator’s struggle to keep a hold on the idea he has of his wife and family, while facing their real struggles and dysfunctionality.”