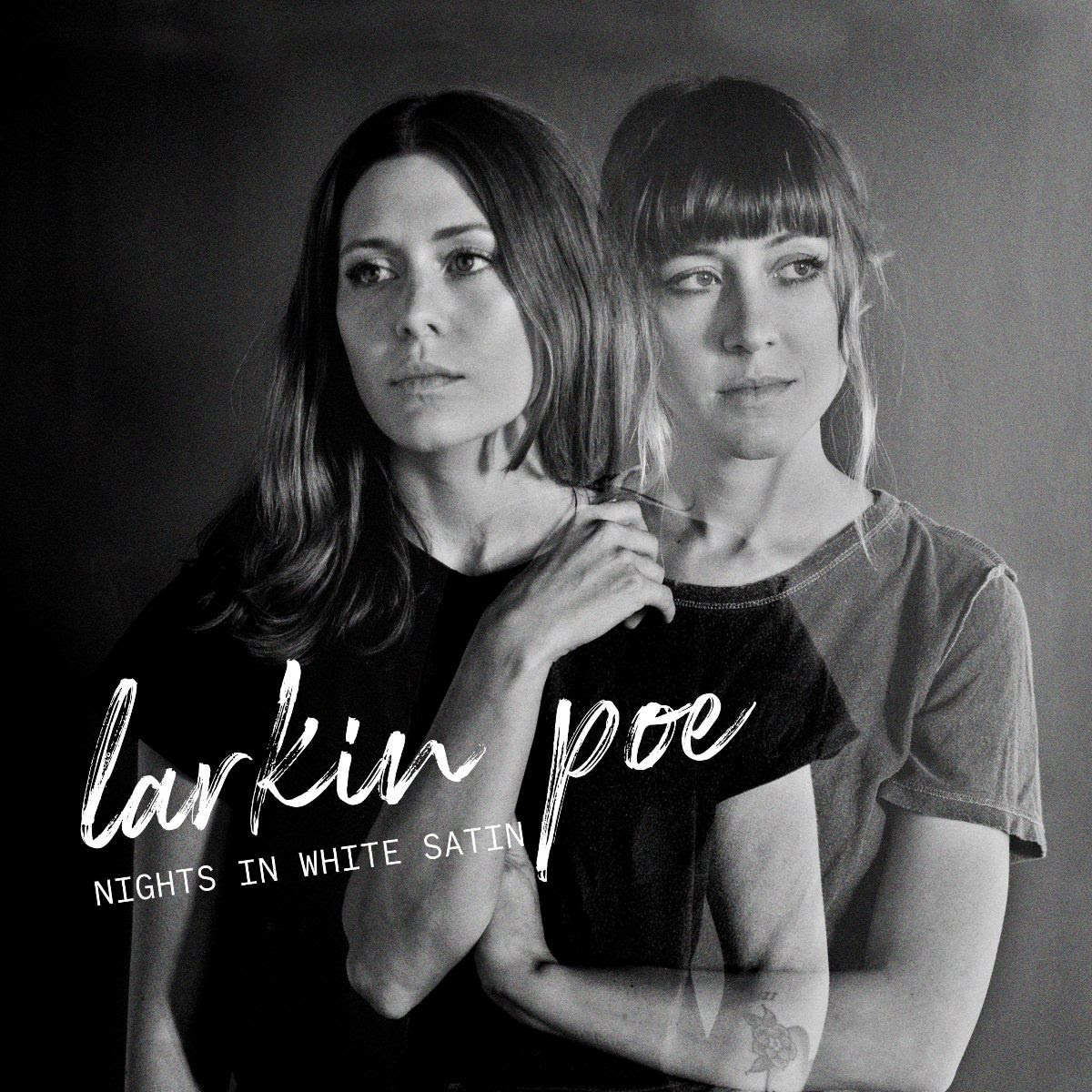 Larkin Poe are set to release Kindred Spirits, their first-ever covers album. Out on November 20th, Kindred Spirits is a collection of stripped-back versions of both classic and new songs, and it follows the release of their fifth studio album, Self Made Man, released this past June on their own Tricki-Woo Records.

Self Made Man has already amassed chart-topping success and critical acclaim. The Sunlauded it as “their punchiest album yet”, while the Daily Mirror proclaimed “Lovell sisters Rebecca and Megan have hit their prime”. The Line Of Best Fit claimed, “Larkin Poe are modernising the blues and flying the flag for the erased women in the history of guitar music,” CLASH praised it as “biting, fantastically emphatic… its crunching guitar palette is augmented by flashes of sterling Americana, hearkening to their Nashville base”, and Classic Rock said it “kicks all kinds of ass… If delta blues had a baby with punk, and raised it on beefy rock ‘n’ roll, it might have turned out like this.”

Larkin Poe have shared the first song from Kindred Spirits – The Moody Blues’ ‘Nights in White Satin’. Larkin Poe have been known to post covers on their YouTube channel where they recently performed the song, and the series has gained an expansive following. In a recent tweet, Justin Hayward from The Moody Blues praised their performance, saying “Love it, love them, love them playing it. Thank you Rebecca and Megan.”

Larkin Poe describe the song as deeply haunting, and a song that transcends genre. “We remember hearing Doc Watson, a true American treasure, sing it late in his career — his beautiful voice soaring through a dark theatre, the plaintive lyric unforgettable. It’s hard to believe that Justin Hayward was only 19-years-old when he wrote it.”

Accompanying the song is a beautifully captivating music video that showcases archived and historically significant clips. “When we were brainstorming about creating a visual companion for ‘Nights In White Satin,’ we had a romantic idea that stitching together old footage would evoke a nostalgic feeling that matches the vibe of the song”, explain the duo.

LISTEN TO ‘NIGHTS IN WHITE SATIN’

About Kindred Spirits, Larkin Poe say “Music is a bridge that can connect generations across time. In recording Kindred Spirits, our admiration for the artists who originally wrote and performed the songs blossomed into an even deeper reverence. Coming up in a family of music lovers, a lot of the songs we have always seemed to gravitate towards learning have been with us since childhood; we started a YouTube series dedicated to paying tribute to our musical heroes in 2015 that unexpectedly took off and when fans began requesting recorded versions of the songs, we started daydreaming about how an interpretive album might take shape. Bringing these old friends into the studio, stripping them back to the bones and recording them live and raw, felt like a ritual. We’re grateful for the experience of making this album and grateful to the Kindred Spirits who have come before us and written the soundtrack of our lives.”

Larkin Poe recently announced several live performance screenings via their all-new POECAST. The band will be sharing an acoustic band show (with stories from the road) on October 4th. The performance will air twice, first at 2pm ET and then again at 8PM ET. If fans are unable to watch the show ‘live’, they will be available to watch after each airing. During the stream, the full band will be in the chat room interacting with fans plus special guests are expected to make appearances in the chat room as well. Larkin Poe aired their first full rock band performance via their Poecast on September 20th. Show tickets, VIP passes, limited edition shirts and posters are available now. 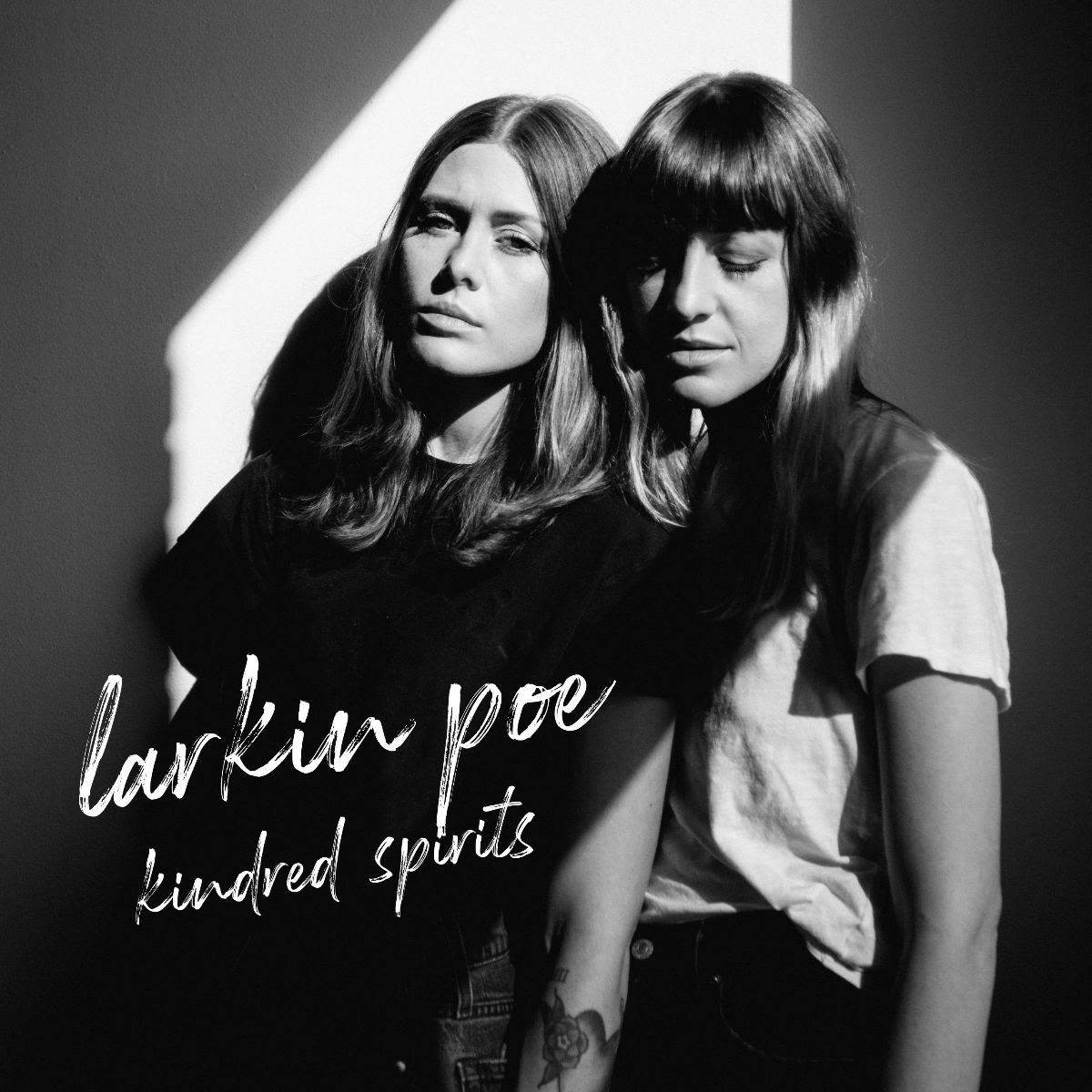