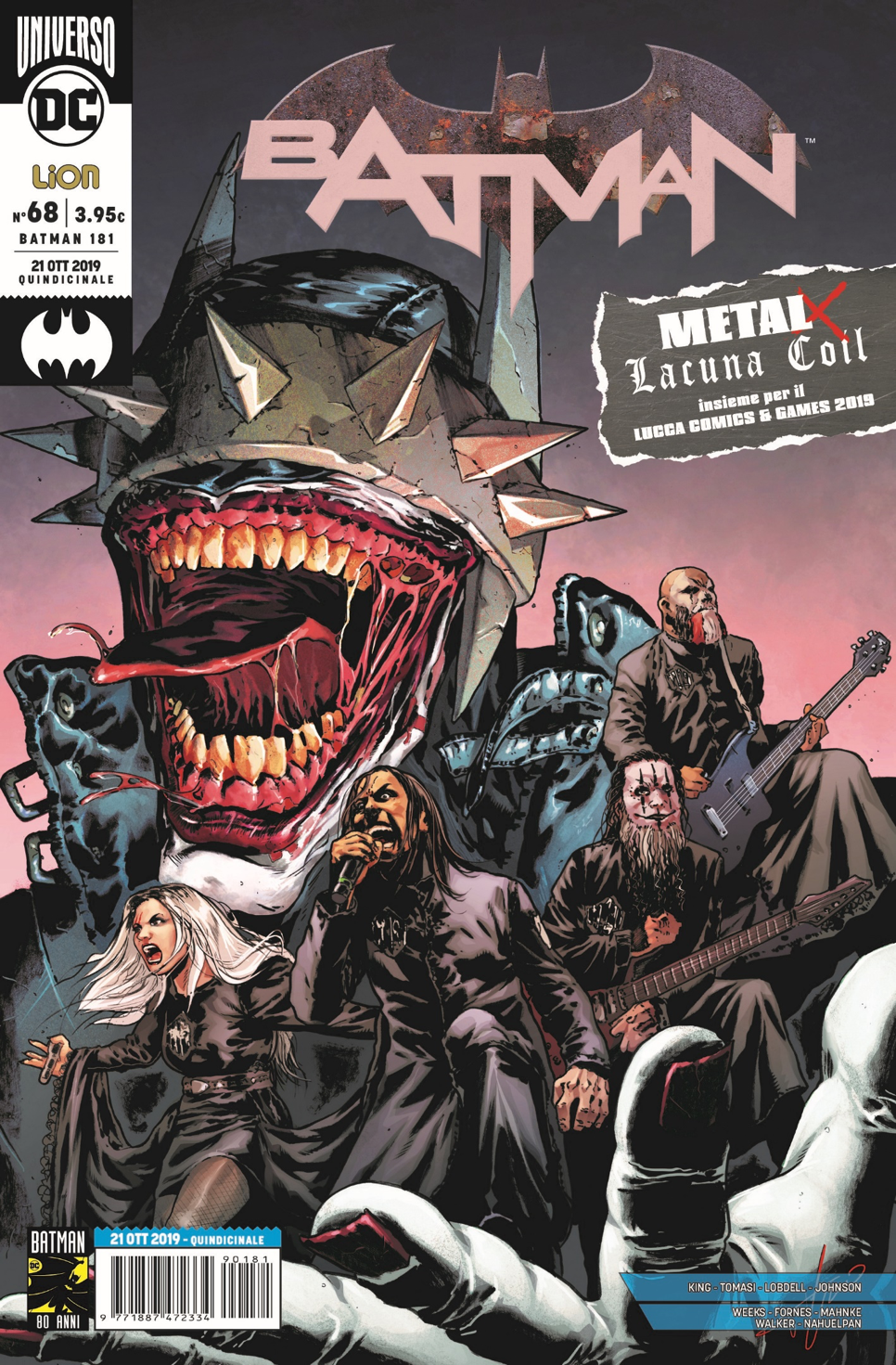 Something legendary in the history of music and comics is about to happen! Have you ever wondered what kind of music the obscure knight from Gotham City listens to? Maybe Bruce Wayne has got a secret identity in terms of music as well… and while we imagine him chilling to Mozart during the day, his disguised alter-ego seems to like heavier sounds. The story hasn’t been told yet… Next fall we will get to see Batman in a totally new light. He will land on stage during a LACUNA COIL show.

These two universes will collide with the Italian release of a very special issue that will be part of the Dark Nights Metal saga by Scott Snyder and Greg Capullo. The volume, which will be released in November by RW Lion, Italian editor of the American company DC Comics, will also be available in a special edition with an unseen illustration by Giuseppe Camuncoli and Riccardo Burchielli, where the band’s power meets the iconic miniseries DC Dark Nights.

An encounter that happens in such a special moment for both Batman and the band as well. Batman celebrates his 80th anniversary this year, while Lacuna Coil honour their 20 years of career.
More details will be revealed by RW Edizioni at the next Lucca Comics & Games event. In the meantime, here’s a preview of the illustration by artist Giovanni Timpano.

RW Goen: the name comes from the 5 yen Japanese coin called go-en and believed to be a lucky charm. It’s the editorial section dedicated to manga and manhwa and it represents the biggest Eastern editors.

Lacuna Coil’s sold out UK tour kicks off in Manchester next week on 12th November, with special guests Eluveitie: 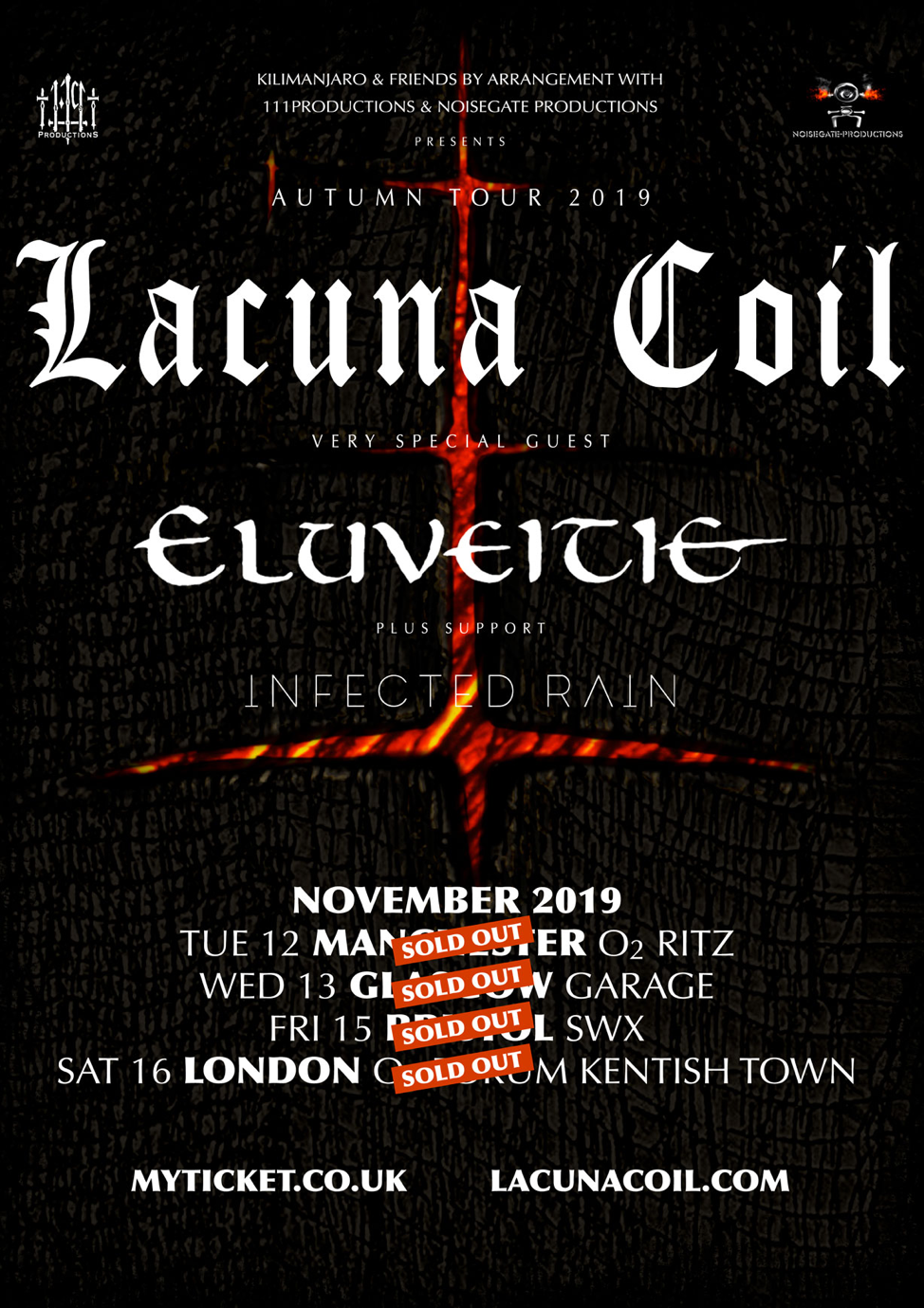 —
About LACUNA COIL:
Formed in 1994, Lacuna Coil quickly became one of Century Media’s biggest selling bands. From Comalies (2002) and Karmacode (2004) to Shallow Life (2009) and Broken Crown Halo (2014), the high-flying Italian act demonstrated an uncanny ability to pull in rock, gothic, and metal audiences. The band’s spirited and lauded live performances have also earned them a solid reputation for a band that not only delivers night in/night out, but also a band whose stage performance reverberates long after the show is over. Indeed, Lacuna Coil’s heartfelt, heavy, melodic, and rhythmic metal—a hybrid of gothic, groove, and alternative—has created a rabid worldwide following. Whether it’s “Our Truth” and “Delirium” or “Nothing Stands in Our Way” and “Trip the Darkness,” Lacuna Coil’s dual-vocalist assault is immediately identifiable. New album, Black Anima, continues the Italian’s reign atop the metal stack. 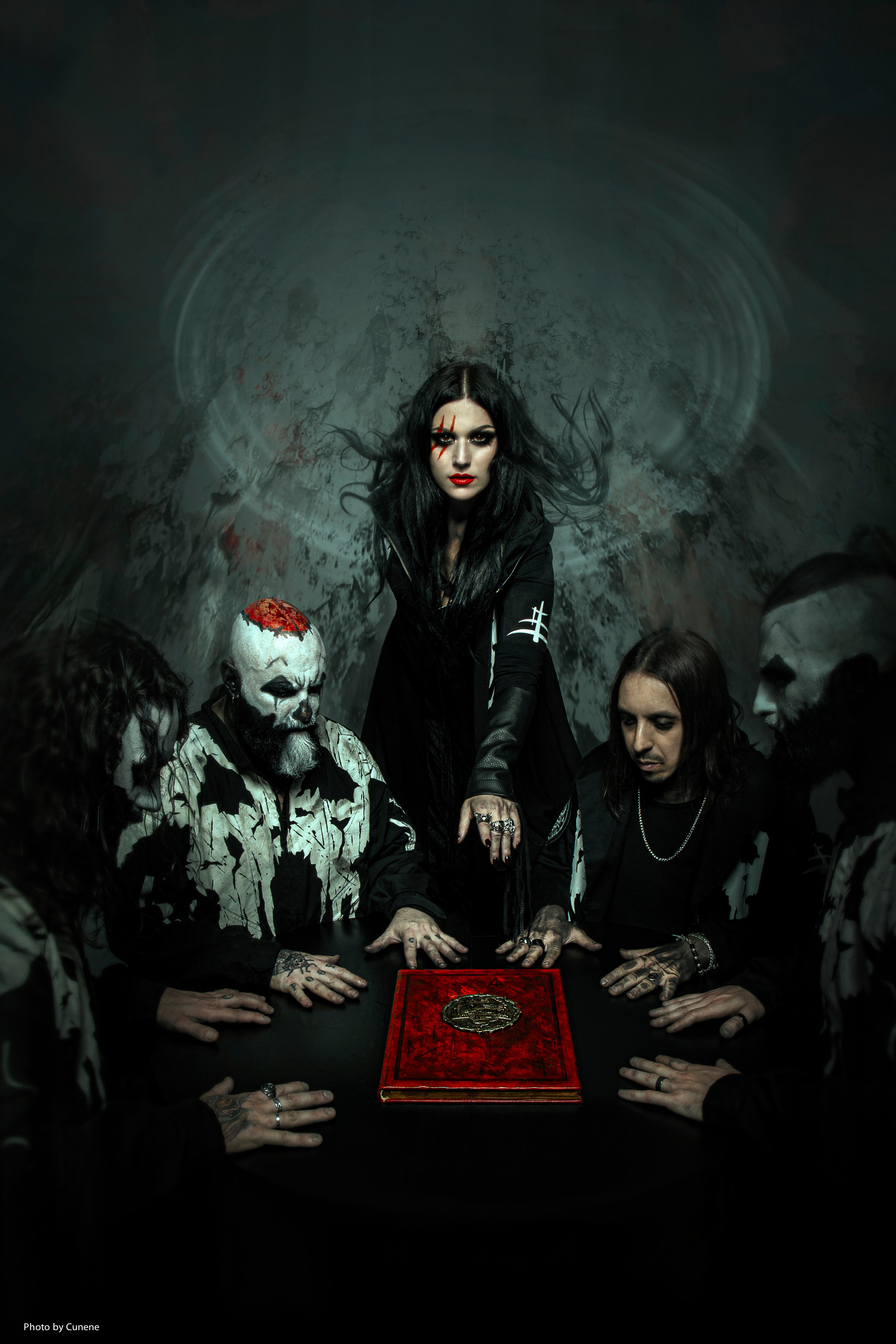