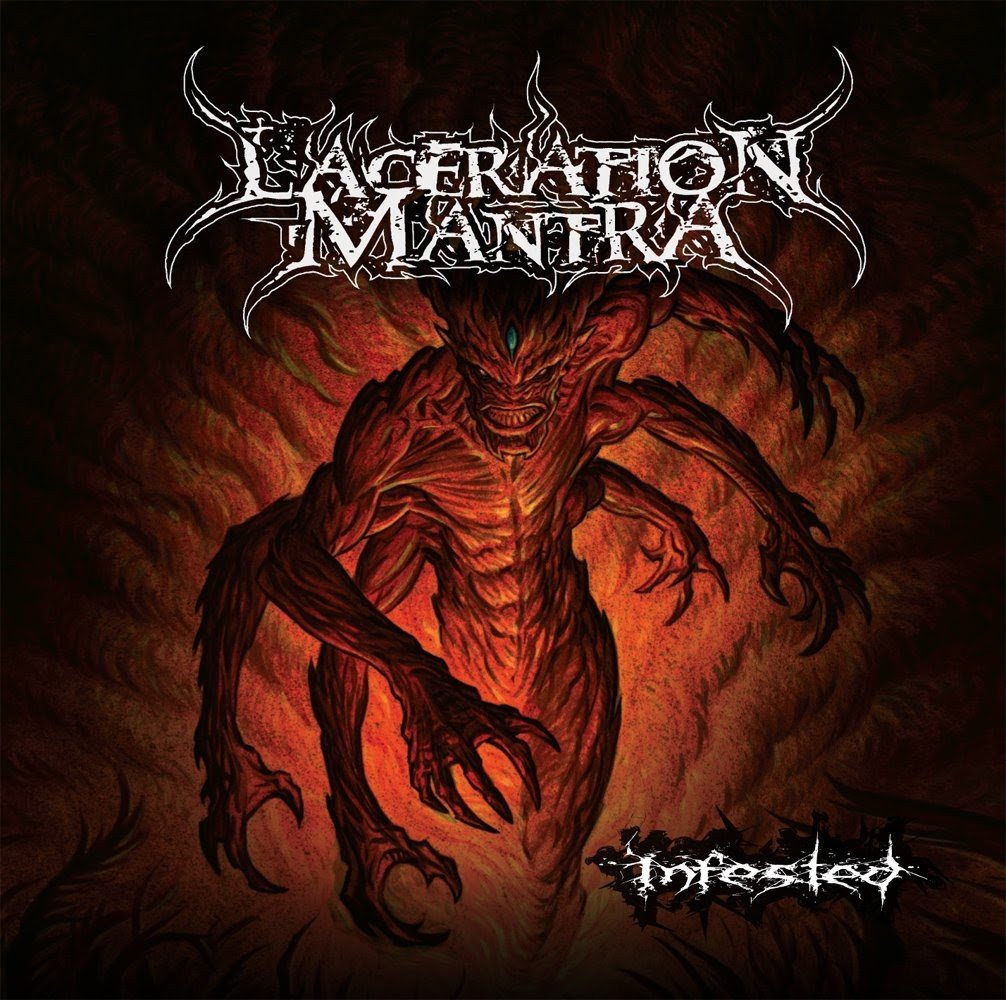 Australian based death metallers Laceration Mantra are re-releasing their 2016 CDR “Infested” album again for the masses.

After the band’s first release in 2011 “Prolonging the Pain” the band went on to write “Infested” but sadly the album wasn’t released by their label & only a select few heard the whole record.

Now after five years of waiting Laceration Mantra have been able to show the death metal scene what a delight of brutality & destruction the album truly is!

A total of 9 tracks, “Infested” is death metal through and through.
Fantastically crafted tracks of classic influenced death & blackened metal.

The stand out of the album is its raw sound. Since the recording of the album the metal scene has been subjected to a lot of releases very overproduced, digital sounding & very robotic. “Infested” is none of that. A culmination of warm drum tones, a heavy & clear guitar sound  & vocals that range from classic death metal to furthest reaches of blackened metal.

All these together make a very organic sound & makes for great repeat listens.

“Healing Through Bleeding” is just one of the tracks that shows all sides of the Laceration Mantra. Opening with a death doom style riff but quickly changing into a blasting death metal style, mixing part Immolation, Morbid Angel with the classic style of Cannibal Corpse & Broken Hope.

The track that follows “Masochistic Laceration” is a lesson in the putrid & macabre.
Stripping it back to a simple but great no thrills brutal track, three minutes of Severe Torture & Deicide worship for sure.

The latter half of the album holds my two favourite tracks “Cellar Hell” & “Cadaver Detonation”.

Both have my favourite vocal delivery from Rob Rieff, switching from bellowing growls to ear-piercing screams. On par with the likes of Glen Benton (Deicide) & Chris Barnes (ex Cannibal Corpse & Six Feet Under).

Musically the album is all around tight & meticulous. Anthony Dwyers drum sound is perfect & he’s been able to record a stellar performance as well as Scott Edgar’s guitar playing. Keeping a warm but heavy tone, it has a real live feeling, something I miss in 2021.

“Infested” is a great instance of a perfect meld of multiple styles of death metal.
But the hardest thing is to make them all seamlessly blend together & Laceration Mantra has shown it’s possible!

Infested is out via Nuclear Winter Records on May 10th, 2021.