KEVIN PRESTON
LISTEN TO ‘I KNOW WHERE I STAND’ HERE AND ON SOUNDCLOUD
SOLO DEBUT 7″ EP ‘CAPRICE’ OUT ON JANUARY 21, 2022 VIA WILD HONEY RECORDS 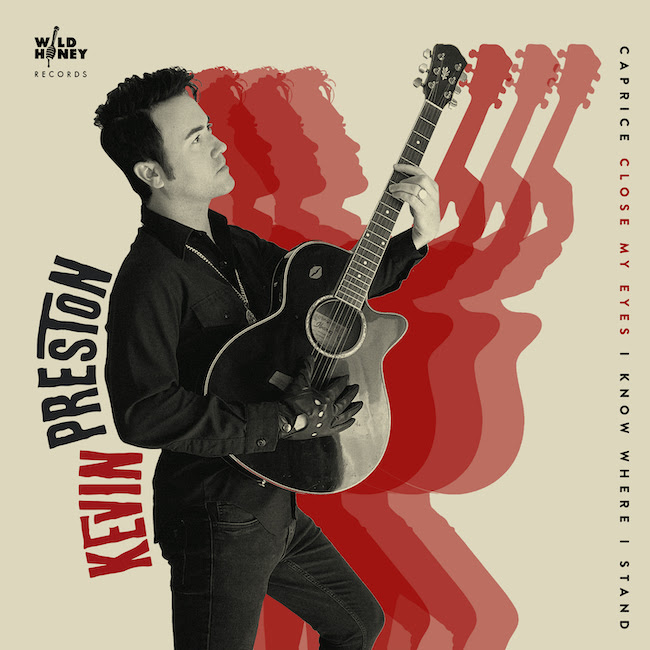 Kevin Preston (Prima Donna, Green Day) has announced his debut solo EP ‘Caprice’, which will be released on January 21st via Wild Honey Records.
Following the release of the title track, a slapback-drenched rockabilly rave-up that sounds like a rumble between the ghosts of Alan Vega, Vince Taylor & Gene Vincent, Kevin has now shared EP closer ‘I Know Where I Stand’.
LISTEN TO ‘I KNOW WHERE I STAND’ HERE AND ON SOUNDCLOUD
‘Caprice’ EP is a hot shot of new-old-stock rock’n’roll that rolls as much as it rocks; strolls as much as it struts, and shuffles as much as it stomps.
This true blue rocker hails from the San Fernando Valley, just across the railroad tracks from Tinseltown. Kevin cut his teeth in the early 2000s as a teenager playing guitar in a revamped lineup of original 70’s-era Los Angeles punks The Skulls. Then he started up the rock group Prima Donna, moving to centre stage as lead singer. Prima Donna toured relentlessly, slowing down only to knock out a few records along the way and strike up a band-romance with Green Day who took them on tour a few times.
That connection led to Kevin joining forces on guitar with Green Day frontman Billie Joe Armstrong on two side-hustle bands over the years; Foxboro Hot Tubs (in 2008) and The Longshot (in 2018). In 2019, Kevin joined the Green Day band as touring guitarist/backing vocalist.
Tracklisting:
Side A – Caprice
Side B1 – Close My Eyes
Side B2 – I Know Where I Stand
HEAR THE TITLE TRACK HERE
PRE-ORDER 7″ EP ‘CAPRICE’ HERE (UK/EUROPE)
PRE-ORDER 7″ EP ‘CAPRICE’ HERE (US)
www.instagram.com/kevintylerpreston 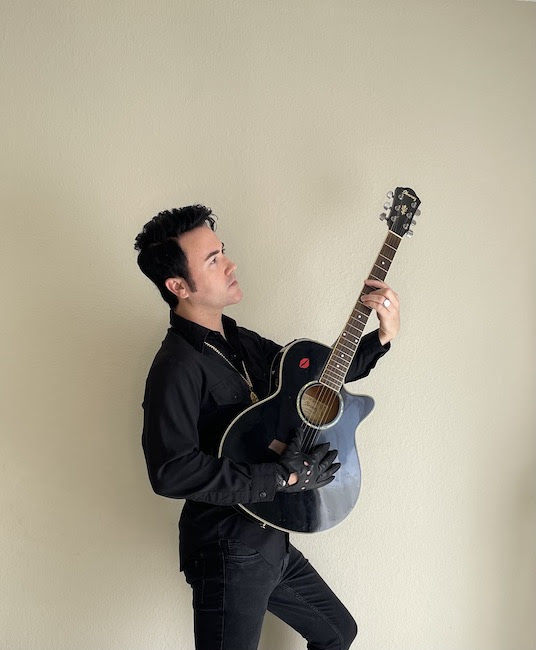