BEGINNING OF THE END

buy or stream the album

Last Friday saw the release of ’The New Normal’, the latest solo album by former Alice Cooper
guitarist Kane Roberts. Not only does his former boss sing on the new single taken from it, ’Beginning
Of The End’, but Alissa White-Gluz of Arch Enemy also joins in the fun….and they both co-star with
Roberts in the song’s cinematic video. The mini–action movie sees the trio wreaking all sorts of havoc
together while singing the propulsive cut.
“As you can imagine, the road to locking this group of people down in one location was loaded up with
explosives, but suddenly there we all were, on set, cameras rolling in Vancouver,” Roberts enthuses.
“The actors (Sheryl Cooper, Randy Robison), stunt people (Thomas Lorber), directors, crew and, of
course, Alice and Alissa all fought hard to to pull down something really special. Not easy. At one point
I did something you’re typically not supposed to do on set – I stopped and looked around at what I was
able to mash together. I thought, ‘How fucking lucky am I?!’ The thing of it is, you get Alice Cooper and
Alissa White-Gluz in the same room, there’s no safe-zone. You gotta get it done. Fortunately, we
captured it on film. Don’t even ask me about post-production! RTFO!” KANE ROBERTS
BIOGRAPHY
Of all the iconic 1980’s rock ’n’ roll in concert images, one of the most memorable is Alice Cooper’s
Rambo-alike guitarist and his M-60 machine gun guitar. That musician is Kane Roberts, an
accomplished writer and singer in his own right, who went on to record four solo albums (including the
‘Phoenix Down’ project released via Frontiers Music in the late 90’s).
Roberts first came to prominence co-writing and playing on Alice Cooper’s ‘Constrictor’ album in 1986,
which was soon followed by a self-titled debut solo release. Further albums and tours with Cooper
followed, making Roberts’ name well-known in the music business not only for his writing and guitar
skills, but also his body-builder image and iconic machine-gun shaped guitar.
As a solo recording artist, he has landed US Top 40 hits and, besides his tenure with Alice Cooper, his
CV includes recording, writing and touring with artists such as Rod Stewart, Desmond Child, KISS,
Diane Warren, Alice in Chains, Berlin, Guns N’ Roses, Garland Jeffries and more. He has also written or
recorded for films like Light Sleeper, The Decline of Western Civilization, Friday The 13th IV Jason Lives
and Prince of Darkness. His second solo album, ‘Saints and Sinners’ (1991) included the Top 40
Billboard hit ‘Does Anybody Really Fall In Love Anymore?’, written by Jon Bon Jovi and Richie Sambora.
Roberts is now back with a new album, entitled ‘The New Normal’, and this time he has made it extra
special by enlisting some well-known friends in its making. These include Alice Cooper guesting on lead
vocals alongside Alissa White-Gluz of Arch Enemy on the record’s first single, ‘Beginning Of The End’.
The song also features an appearance from Babymetal’s powerhouse drummer Aoyama Hideki.
Roberts has also reunited former Alice Cooper bandmates Kip Winger, Paul Taylor and Ken Mary
for album opener ‘Above and Beyond’, while other guest appearances include Nita Strauss (currently
with Alice Cooper) on lead guitar for ‘King of the World’ and Lzzy Hale (Halestorm), who has co-written
‘The Lion’s Share’.
‘The New Normal’ re-introduces a unique artist ready to return to the spotlight. Melding the old and new
in Metal on an outstanding album, it is not to be missed. Get ready to be blown away! 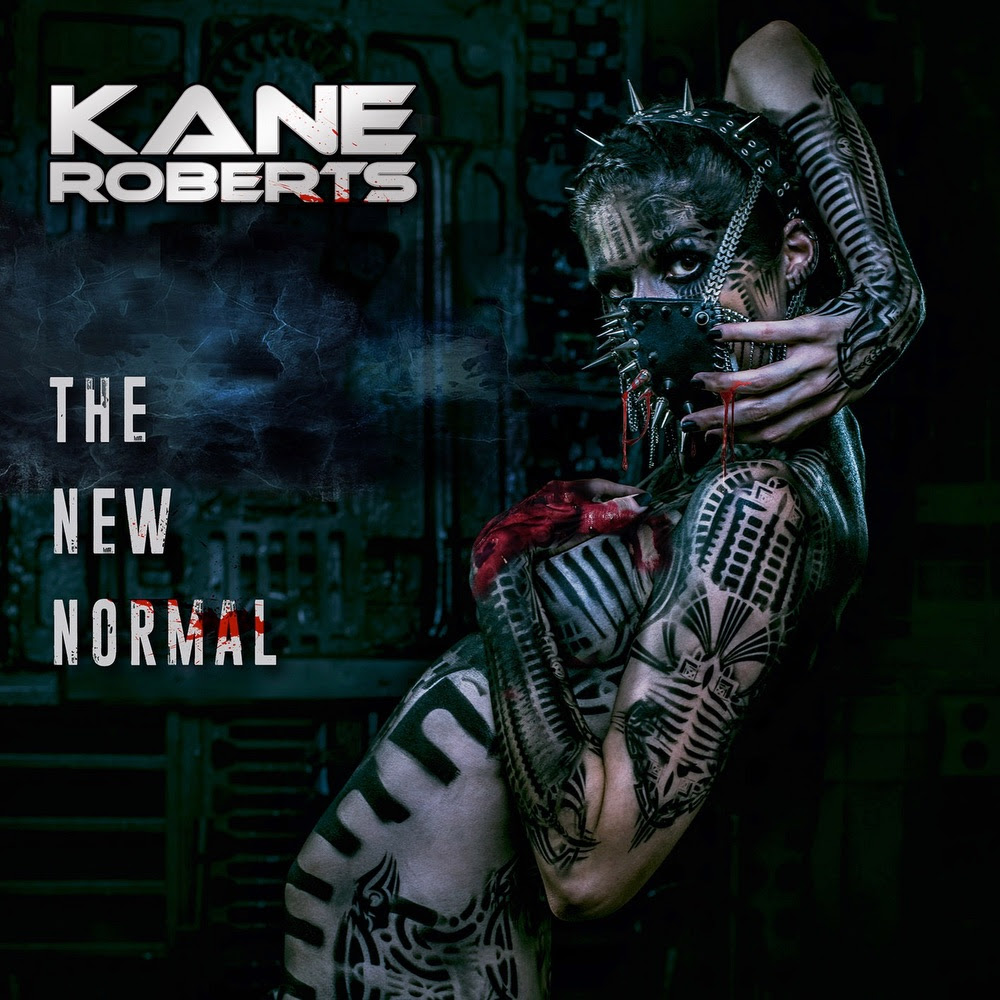