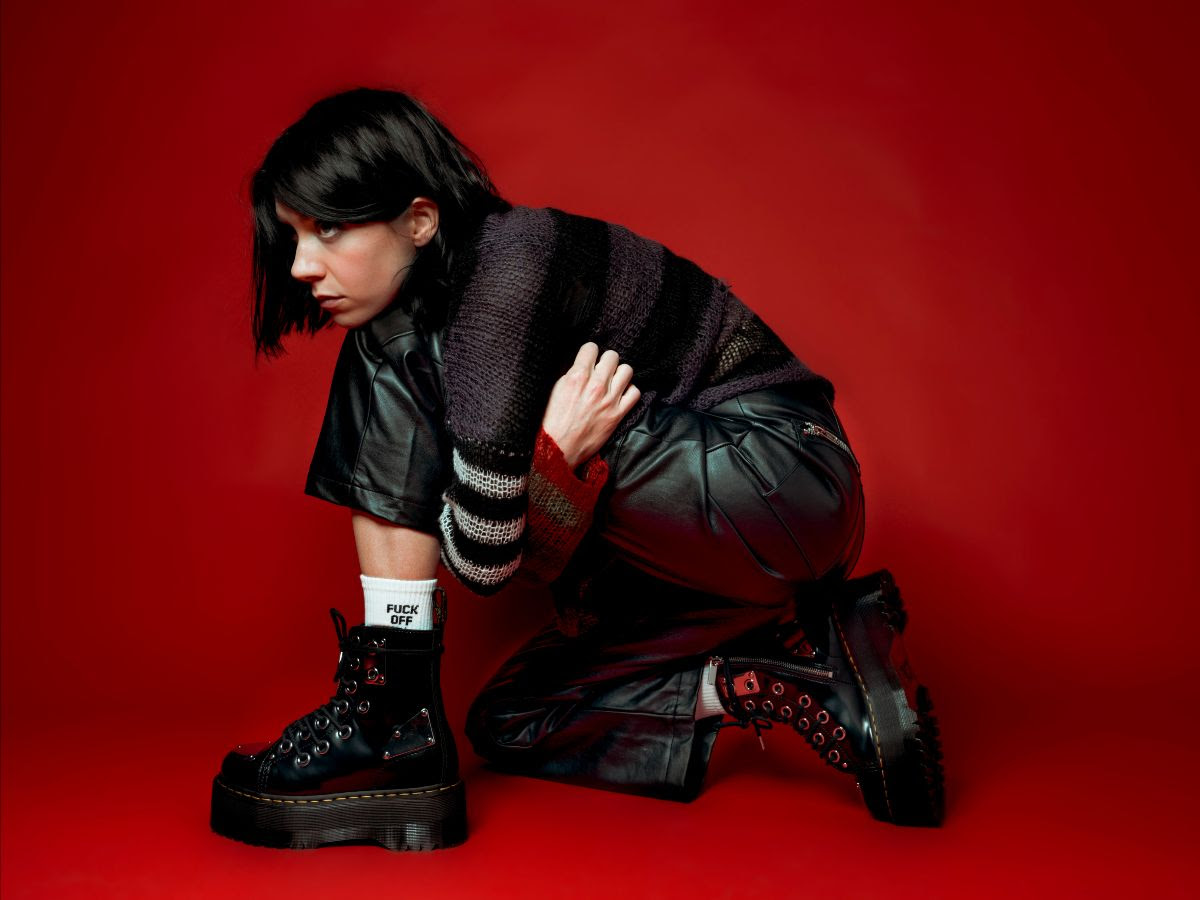 Today (April 23rd), alt-rock’s artful enigma K.Flay (the stage name of Kristine Flaherty) hurls fistfuls of theoretical paint at the modern music landscape by announcing her forthcoming EP Inside Voices, dropping June 11th via BMG. The GRAMMY-nominated musical changeling throws caution to the wind on the forthcoming collection, instead choosing to scream a primal roar of self-confidence across five tracks of fresh, biting self-expression.

“So often we keep everything bottled up,” said K.Flay about the forthcoming EP. “Inside Voices was a way for me to exorcise some demons and safely express these uncomfortable but very human emotions I was feeling.”

Kicking off this next phase in her already varied and exciting discography is the first single ‘Four Letter Words’ – birthed from a very real moment in her life (cue the first line “I drank a litre of tequila in my bedroom, it’s taking every ounce of power not to text you”), the song kicks off with a chugging guitar before erupting into a cathartic sonic explosion that evolves the manic loneliness felt post-breakup into finding the strength to confidentally say “FUCK YOU” to the one that didn’t doesn’t deserve you.

“So many of us go through life trying to be polite, and then we reach a breaking point,” she says. “When we were recording ‘Four Letter Words’ it felt kind of scary to allow myself to go there – but there was liberation in it too.”

In a fitting visual accompaniment, the artist rages out in her bedroom while two cartoon characters, IV (representing the ‘id’) and OV (representing the ‘superego’) wreak havoc on her psyche. It’s a shape-shifter of a song that perfectly encapsulates the forthcoming EP’s sonic variety and expression.

Throughout the EP, K.Flay offers up a smorgasbord of colourful alternative art-pop – unexpected, exhilarating, and truly one-of-kind, be it via ‘Dating My Dad’ that features Travis Barker on drums and examines how we repeat the same tired behaviours of those who raised us, or via the snarling ‘TGIF’ that asks the listener to rethink society’s tendency to “tune out” the bullshit going on in the world and boasts a heaven-sent solo from Tom Morello.

The EP also features the clever and irreverent rap closer ‘My Name Isn’t Katherine’ (a comical reference to her issue with constantly being misnamed), and ‘Good Girl’, a co-writing collaboration with Imagine Dragon’s Dan Reynolds and an infectious punk-tinged singalong about reaching your breaking point when it comes to politeness and finding the courage to not give a fuck anymore.

The Chicago-born K.Flay’s near-indefinable amalgamation of dark-electro soundscapes, art-pop sensibilities, spitfire rhymes, industrial rock backbone and versatile chameleon-like vocals has led the songwriter/artist/multi-instrumentalist to two GRAMMY nominations (Best Engineered Album, Non-Classical for Every Where Is Some Where, and Best Rock Song for ‘Blood in the Cut’), tours alongside Grouplove, Imagine Dragons and Thirty Seconds To Mars, and festival spots at ACL Fest, Bonnaroo, Coachella, Treefort, and Riot Fest.

She most recently dropped the three-song cover collection Don’t Judge A Song By Its Cover that included off-the-wall remakes of songs by Limp Bizkit, The Offspring and Green Day, and appeared on songs by Arkelles and Jax Anderson.