Alternative indie band Joywave, have released the extraordinary new single ‘Like A Kennedy’, which is available now via Cultco Music/Hollywood Records for streaming and download.
STREAM/DOWNLOAD ‘LIKE A KENNEDY’
It was produced at Joywave’s own studio in New York by founder Daniel Armbruster and was arranged by Armbruster and his fellow band members Joseph Morinelli, Paul Brenner, and Benjamin Bailey, and mixed by Dan Grech-Marguerat (The Killers, Liam Gallagher, Lana Del Rey). ‘Like A Kennedy’ offers a clear display of the acclaimed band’s evolution from the basement to the big stage, to their current role as full-fledged pop iconoclasts, fearlessly assimilating genres, motifs, and big ideas into its own one-of-a-kind identity.

“I think a lot of people will probably try to fit this song into some type of political narrative”,says Armbruster in an exclusive Audio Commentary (streaming song alongside the song HERE), “but that’s really not the point. It’s a song about complete exhaustion and media burnout. It’s an anti-chaos song. Every screen you walk by DEMANDS your attention. Everything is BREAKING NEWS in all caps.

It’s a really difficult time to think about the mundane small-scale things that have been the focus of human existence until very recently. I don’t think people should check out, but I think it’s beneficial to at least zoom out and not take the bait every time. It feels like everything is designed to keep us enraged 24 hours a day. We deserve a little sanity”.

Currently hard at work wrapping up their eagerly awaited third full-length LP, Joywave will herald the album with a very special series of intimate live performances. “The Possession Sessions”  begin next Saturday, June 29th in the band’s hometown and then continue with exclusive shows in Los Angeles and Brooklyn before heading to the UK with a special show at London’s The Lexington on November 20th.

In addition, Joywave will light up a number of upcoming summer festivals and radio events, which they kicked off at the weekend with a slot at Firefly Music Festival in the US.

MORE INFORMATION
Joywave has spent much of the past decade holding an aural mirror to society, concocting a distinctively modern approach towards pop music that is both organic and synthetic, much like our own day-to-day lives.

The NY based band first came together in 2010 to put live flesh on the bones of songwriter-multi-instrumentalist Daniel Armbruster’s original home recordings. A series of visionary mixtapes and EPs followed, as did Big Data’s RIAA gold certified 2013 single, ‘Dangerous (Feat. Joywave)’, a #1 hit at Alternative radio as well as a top 10 multi-format smash.

2014’s HOW DO YOU FEEL? EP was fast followed by Joywave’s full-length debut album, HOW DO YOU FEEL NOW? which spawned a string of multi-format hits. The following year saw the album CONTENT make a top 10 debut on Billboard’s Heatseekers chart upon its arrival, powered by the Alternative radio favourites, ‘It’s A Trip!’ and ‘Doubt’.

Joywave has proved just as prolific and popular on the road, performing countless headline dates, show-stealing sets at international festivals spanning Lollapalooza, Coachella, Bumbershoot, and the UK’s Reading/Leeds, and support runs with such artists as The Killers, Young the Giant, Walk the Moon, Bleachers, Metric, Thirty Seconds To Mars, and more. T 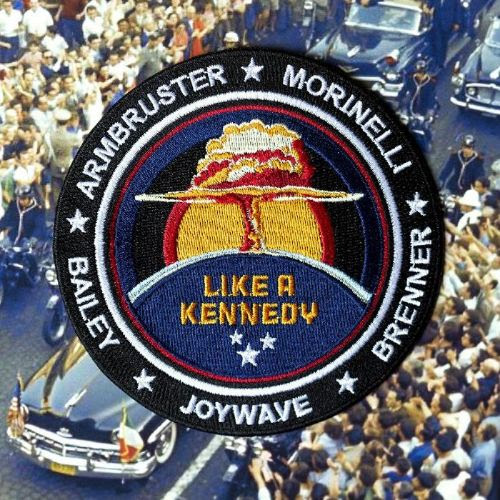