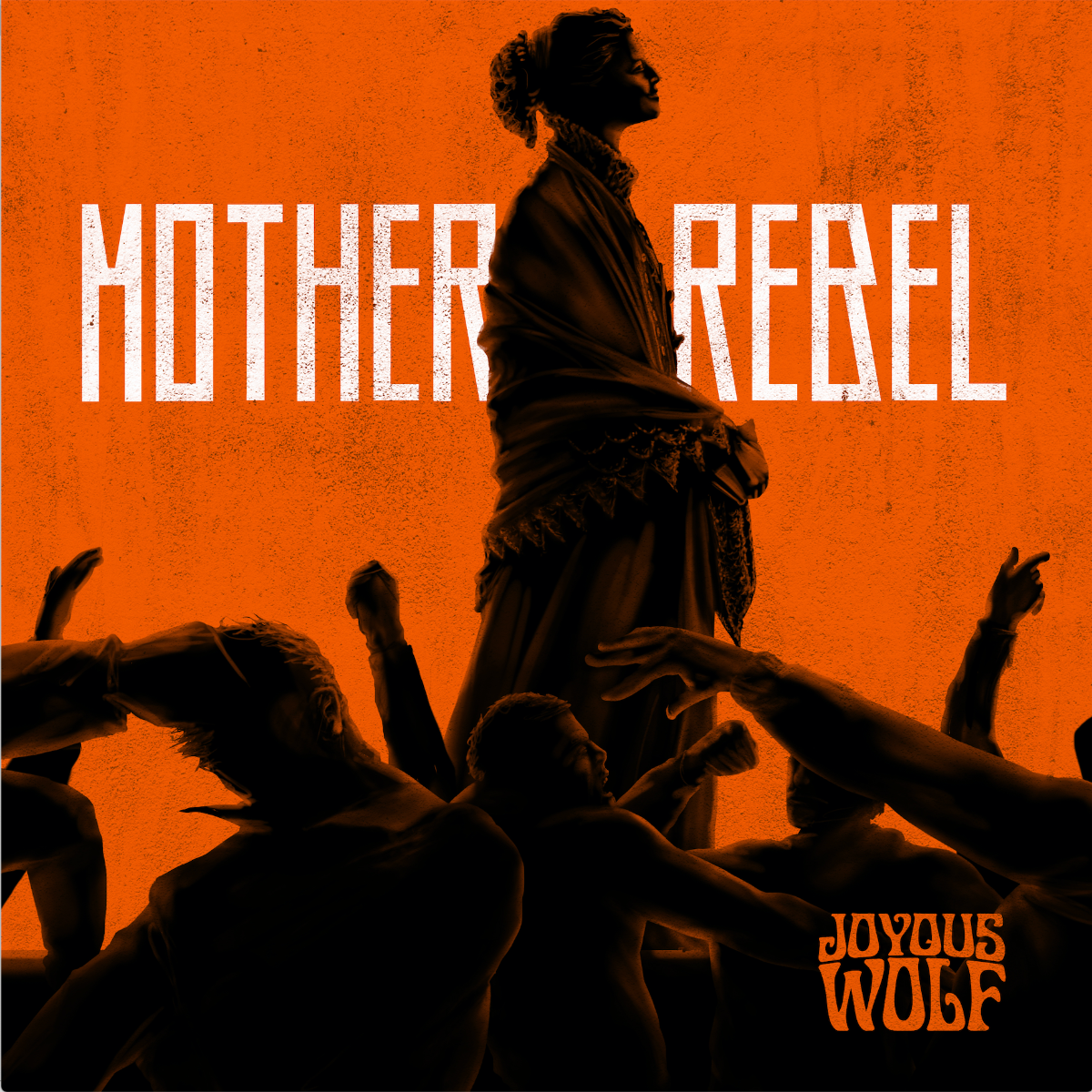 Southern California rock quartet JOYOUS WOLF, described by the Los Angeles Times as a “mix of rugged grunge and blues,” are releasing the four-song Mother Rebel EP via Roadrunner Records today, September 4. The EP features the original version of the thunderous title track, along with acoustic and live versions. The release also includes an acoustic version of “Feel The Low.”

The EP is available here.

“The story of ‘Mother Rebel’ is centered around the perspectives of two young adolescents living in pre-Civil War America: one in the South and the other in the North,” the band says. “They are both witnessing the growing, unruly tension of the world around them, brought on, in part, by the publication of Uncle Tom’s Cabin by Harriet Beecher Stowe. In the North, abolitionists praised her as a hero. Her honest depiction of the inhumanity of slavery boosted the public consciousness forward. In the South, however, her book was banned. She was labeled a liar and completely discredited. The adolescents are told completely opposing stories. The world around them divides and plunges into war. Using Stowe as a speaker shows the warning of man’s ignorance and lust for violence and that with proper guidance we can always rise above even the darkest of times.”

Joyous Wolf —  Nick Reese (vocals), Blake Allard (guitar), Greg Braccio (bass), Robert Sodaro (drums) — also shared an electromagnetic live performance video of “Mother Rebel,” which was filmed during the same studio sessions in which the EP audio was recorded. The visuals are trippy while the clip crackles with the band’s signature live intensity. It will make viewers feel as if they were front row center at a Joyous Wolf show.

Earlier this summer, the band premiered the new song “Odyssey” at American Songwriter. Watch it here and here.

ABOUT JOYOUS WOLF:
Joyous Wolf formed in Orange County, California, in 2014. With humble beginnings, playing any venue that would have them, Joyous Wolf  have created their own hybrid of hard driving rock & roll, soul, blues, and alternative music. Heavily influenced by artists spanning not only various genres, but literally decades of music, their electric live performances would take them from the clubs of the Sunset Strip to international tours, earning them a recording deal with Roadrunner Records in 2018. The quartet has shown to be a force both on and off stage, having released their critically acclaimed debut EP Place In Time on Roadrunner in 2019, which led to subsequent tours supporting rock icons such as Slash and Deep Purple. Their new single “Odyssey” arrived in June 2020 on Roadrunner. It was followed by the four-song Mother Rebel EP, the title track of which has received airplay on KLOS.