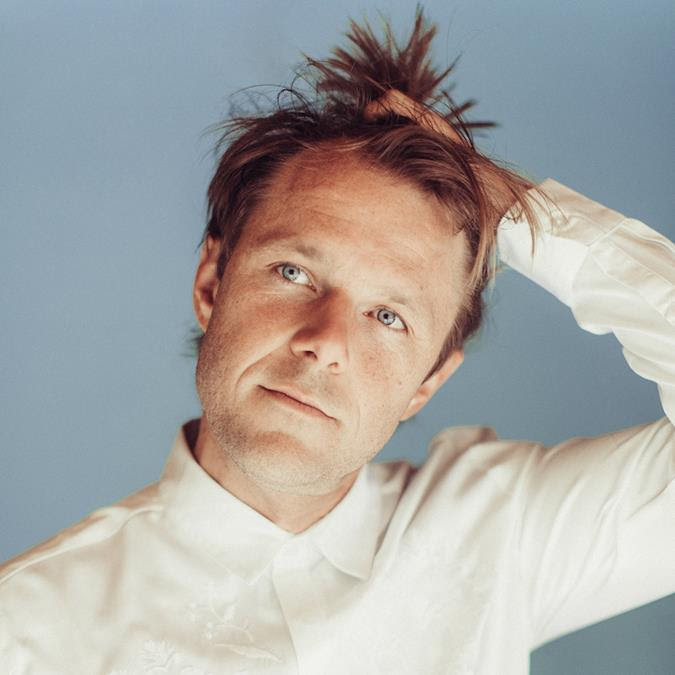 Singer and songwriter Josiah Johnson has released a video for his new track “Hello, Hello On Fire!” today, the first new music he has shared since the release of his debut solo album Every Feeling On A Loop came out in the fall of 2020. Directed by Pete Lee, the video explores the tension between the fact that everyone is worthy of love, yet people still commit unforgivable acts.

“Writing “Hello, Hello on Fire!”, I was thinking about the legacies that I carry in me,” Johnson explained. “Are they real? Do they come from what happened, or from how I tell the story of it? Sometimes it seems like my history is physical and sometimes it is in my head. And is there a difference between those two things? How do I release myself from a history I don’t want to keep reliving? It can get tangled and overgrown unless I live in reality. Put down the backpack full of rocks. And at its heart, it is for our friends and for us when we lose our way and need to be brought back in.”

A co-founding member of The Head and the Heart, Johnson left the band in 2016 to enter a drug treatment program. After rehab, he could be most honest with himself when writing songs that he promised himself he wouldn’t release. Although the music came regularly, Johnson still allowed himself to fantasize about a life never returning to professional music. He still contemplates earning a degree in social work. Yet, the songs kept bubbling up. So, Johnson tried new ways to document the songs he now carries. After experimenting with methods of home recording and working with different producers, his first solo album started to come together.

On Every Feeling on a Loop, lush musical arrangements and harmonies support Johnson’s baritone crooning. At times, the songs sound like prayers. At others, his exuberance feels like the euphoria he’d always sought, this time hard-earned and wiser. He says he feels like a new person making it, charting his journey out of the dark into the wide awake of the morning, using the magic that was his all along.

“For a long time,” he says, “I held onto a lot of shame around the softness and sensitivity – around the nurturing parts of myself. I’m now claiming my nurturing nature, my yin qualities, as strengths.”