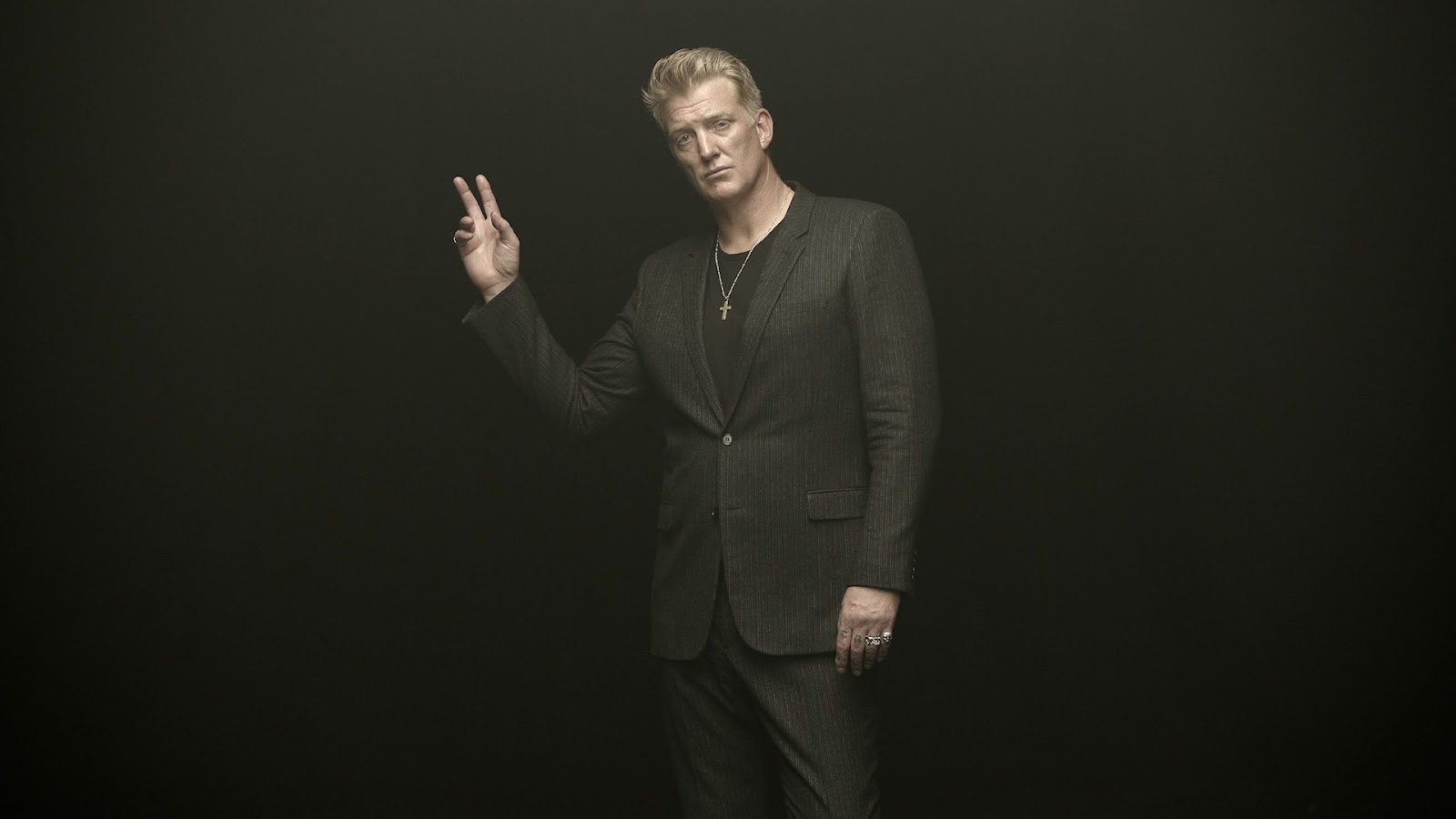 For further edification, just watch the video over and over until the next one.

The unique delight of Desert Sessions lies in unexpected collaborations between musicians who might otherwise never work together, and alongside the new video, Desert Sessions have teamed up with artists in other media including palm-painting, sculpture, jewelry, film-making, and, in this instance, quilting, to create one-of-a-kind pieces of art inspired by, and indelibly connected to — the music, for a series of charity auctions benefiting The Sweet Stuff Foundation. For the inaugural auction in this “Bizarre Bazaar,” hosted on a dedicated eBay page, acclaimed textile artist Ben Venom has created a 3′ X 3′ quilt expressing the sounds of Desert Sessions in fabric and thread:

“I describe my art as a collision between fine art, craft, and the fringes of society. Working with textiles, I contrast the often menacing and aggressive counterculture components of gangs, punk/metal music, and the occult with the comforts of domesticity. For the Crawling Death quilt, the fragility of the materials and their assaulting imagery are brought together in the form of a functional piece of art. This piece was made in collaboration with the Desert Sessions and it has been an honor to participate in the project.”

The auctions will continue with new Desert Sessions artwork and video content dropping every 2 weeks.

For more information on the Sweet Stuff Foundation go to https://www.thesweetstufffoundation.org/ 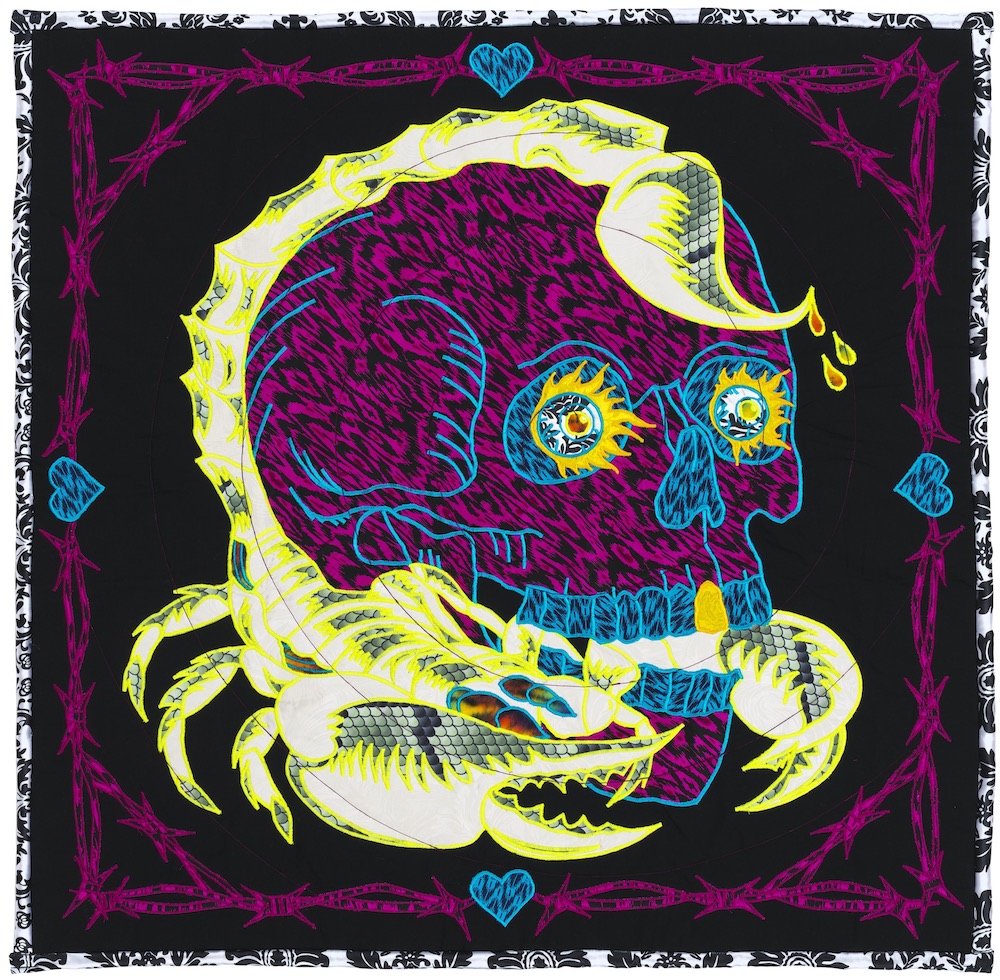