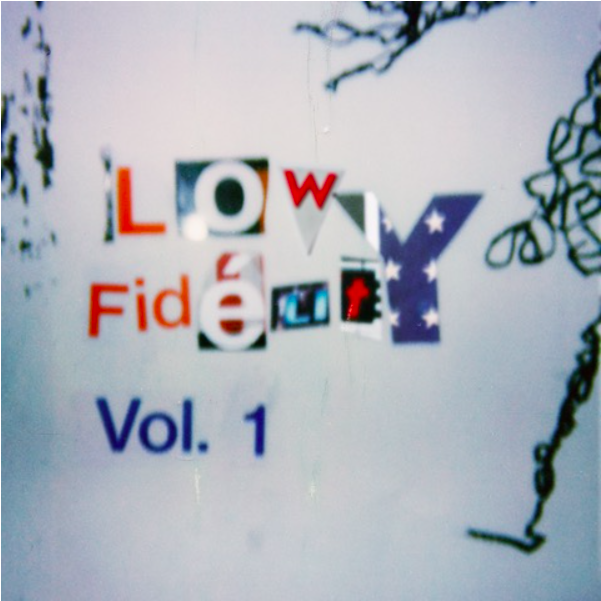 “Johnny Lloyd’s songwriting credibility is evident. If he can continue to perfect his role as an artist and play key sets – such as his performance on Glastonbury’s Greenpeace stage earlier this year – then this release [Low Fidelity: Vol.1] will one day be recognised as a valuable treasure chest of historical nuggets.”
RIOT MAG

Something of a surprise release, the album was announced out-of-the-blue only two weeks ago and arrives as an early Christmas gift for the dedicated fans of the ex-Tribes singer. This new collection features a bumper tracklist trove of 20 songs, all recorded form throughout Johnny’s solo career. The tracklist is as follows:

14-Could Have Been a Beautiful World (Demo)

15-Walking With The Dead (Demo)

With material dating back to 2014 to the present year, the collection includes previously unheard and unreleased numbers, as well as alternative versions of fan favourites such as ‘Pilgrims (Demo)’ and the lead track out now: ‘Happy Humans(Demo)’ (both of which appeared on 2016’s ‘Dreamland’ EP’ and would later be produced by Hugo White of The Maccabees).

“When I was 18 I came across this BOSS 8 track – It had a CD burner and 8 channels to record. I took it everywhere and still do. It can only store one song at a time which it then burns to CD so you have to finish everything you start. These demos are songs in their rawest form for anyone who’s listening.’

‘Low Fidelity: Volume 1’ book-ends a year of fervent activity for Johnny Lloyd, which began with the announcement of his debut solo album: ‘Next Episode Starts In 15 Seconds’. Releasing the album in May of this year, Johnny has taken the album to the fields of established UK festivals such as Glastonbury and 2000 Trees and even as far as We Are Todos Festival in Mexico City.

Finishing up an extensive run of Autumn/Winter UK shows this week in which he has been airing tracks from ‘Low Fidelity: Vol.1’ and other favourites, Johnny will round off the year with one final performance at The Grace in London as special guest headliner of the Xtra Mile Recordings end of year shindig. Tickets on sale here.

TICKETS ARE ON SALE HERE http://www.johnnylloyd.co.uk/