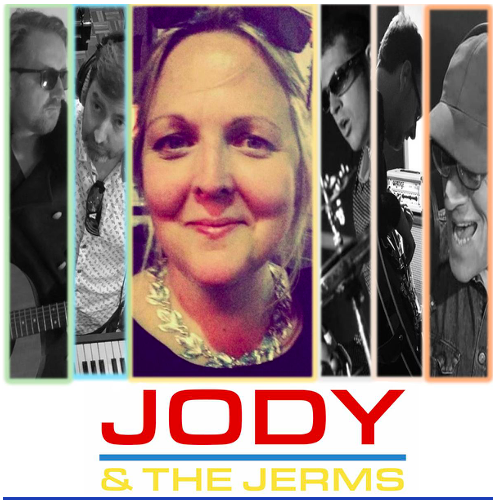 Following the one-off single “Get Me Out” earlier this year, the group now return this Spring with “Sensation”, a release that arrives as the title track of an upcoming EP to be released 10th May.

Led by an ensnaring guitar riff, unstoppable drum beats, and Jody’s unwavering, charismatic vocals, the track utilises a classic indie sound which continues the evolution of the band’s impressively expanding repertoire. The lyrics are endorsing in their honesty, dealing with the candid chaos that comes with the everyday.

As Niall Jeger says of the track…

“”It’s about ‘what you see is what you get, with no pretence. There is nothing wrong with imperfection because no-one and nothing is perfect.”

Initially written by Niall and Jody in March 2021, “Sensation” is the opening number of a four-track EP of the same name, which is set to be released on 10th May. With the former single “Never Going Home” receiving plenty of radio already, including continued support from Janice Long on BBC Wales, the two tracks prime listeners for a rewarding collection of tracks packed with irresistible melodies, melding of genres, and the group’s untouchable indie flair.

Jody And The Jerms are a sextet from Oxford, formed in 2019. Founded by former members of The Anydays (who notably supported Radiohead and Supergrass in the 90s), the band are fronted by the singular Jody, who remarkably had never sung in front of anyone until the band began. Finding her calling and instant chemistry with the vintage-flecked indie of the Jerms, within a matter of weeks of their formation, grand plans of original material and tours soon began to form with natural ease. “Jody had never sung before but I roped her into trying a song in the studio on the premise that I would do it if she didn’t” jokes Niall, “fortunately for everyone’s ears it worked out.”

Playing just one gig before the pandemic took hold, lockdown may have quickly scuppered Jody and the Jerms’ touring plans, but it would ultimately prove to be a major catalyst in accelerating their studio dreams.

Using the time to record a full album’s worth of tracks and secure a vinyl distribution deal, the band pressed on to release their warmly received debut album ‘Deeper’ in September. Against the odds, its singles like “It’s All Up To You” and “Deeper” won over fans at key radio outlets like BBC Introducing, Radio X, BBC Ulster, RTE and Sirius XM. The Jerms even proved to be a surprise hit with a Spanish audience, earning support from various national media and the wider public there.

As the live music circuit slowly reopens all these months later, Jody & The Jerms’ ‘Sensation’ EP will be the perfect release to kick off a summer of live performance; capturing all the passion, fun and energy that the future of music holds. 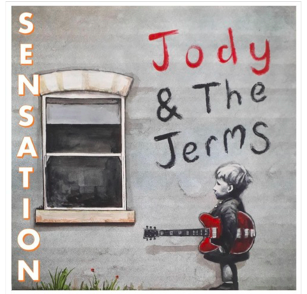