WITHOUT A BULLET BEING FIRED

‘Winds Of Change’ is the long-awaited follow-up to the ‘Jim Peterik & World Stage’ album from 2001.
Set for release in late April, it is another musical masterpiece featuring brand new Peterik songs in
collaboration with a who’s who of melodic rock superstars, including Kevin Chalfant (ex-The Storm),
Dennis DeYoung (ex-Styx), Matthew and Gunnar Nelson, Kelly Keagy (Night Ranger), Lars Safsund
and Robert Sall (Work Of Art), Toby Hitchcock (Pride Of Lions), Danny Vaughn (Tyketto), Mike Reno
(Loverboy), Kevin Cronin (REO Speedwagon), Jason Scheff (ex-Chicago) and a very special
previously unreleased track by the late, great Jimi Jamison.
“Ever since the success of my first World Stage album and countless shows since, I have wanted
to create a new musical legacy with this format,” says Peterik. “Listening to voices blending as one
has always inspired me, going back to the Beatles and other great vocal groups. I have always
considered myself as much a fan of great bands and artists as an artist myself, so a project like
World Stage is a dream come true since I get to pay homage to those whose music I love by writing
and performing with them. With ‘Winds Of Change’ I was honoured to work with some of the best,
adapting my writing and production styles to fit a particular act. Many of the songs were co-written
with the artists appearing too.”
Jim Peterik and World Stage arose from the initial idea that the musical and spiritual collaboration
of great artists and friends could be something truly special and his new album clearly displays
the many talents of Peterik, enhanced and embellished by a cast of noted singers and musicians.
Of the opening single from the record, he recalls “I would always watch from the wings back in the
80’s when Survivor played dates with Loverboy. I’d see the crowd go nuts when they hit ‘Working
For The Weekend’, so that’s the vibe Mike Reno and I tried to recreate for ‘Without A Bullet Being
Fired’.” Of his other new songs and cohorts, he continues “I am still pinching myself that I am now
writing songs with Dennis DeYoung for his new album. ‘Proof of Heaven’ is one of my proudest
moments. The same inspiration was behind the title track with Don Barnes and Danny Chauncey
(.38 Special). Kelly Keagy, Kevin Chalfant and I had a blast capturing the energy of Night Ranger
and The Storm’s hits with ‘I Will What I Want’ and ‘Sometimes You Just Want More’ respectively.
And, of course, ‘Just For You’ with the great Kevin Cronin is a very special moment for me. When
I watched Danny Vaughn perform at a Frontiers Festival a few years back, I immediately started
planning to make him a part of World Stage and ‘The Hand I Was Dealt’ is the result. ‘Home Fires’
with the incredible Toby Hitchcock is a song I think any fan of Pride Of Lions will take to heart.
And I have created new friendships with Work Of Art and Jason Scheff because of this record.”
He adds: “I am a rabid fan of every artist on the album and it was such a thrill to try and bring out
their best essence, but for me the most touching moment of this record is reviving an amazing
lost track by the late great Jimi Jamison. As I mixed the new version, it was again like having Jimi
in the studio with me as his stunning voice came through the monitors. There was not a dry eye in
the room. With ‘Love You All Over The World’, his spirit is still with us all.”
Concluding, Peterik states that “I created World Stage soon after I parted ways with Survivor in
1996 and it was my way of bringing together the melodic rock community. Since then, every
show has been a total love fest with each show featuring an ever changing array of great artists.”
‘Winds Of Change’ certainly carries on this grand tradition and live dates are in the planning
stages that will reflect the line-up of this record. 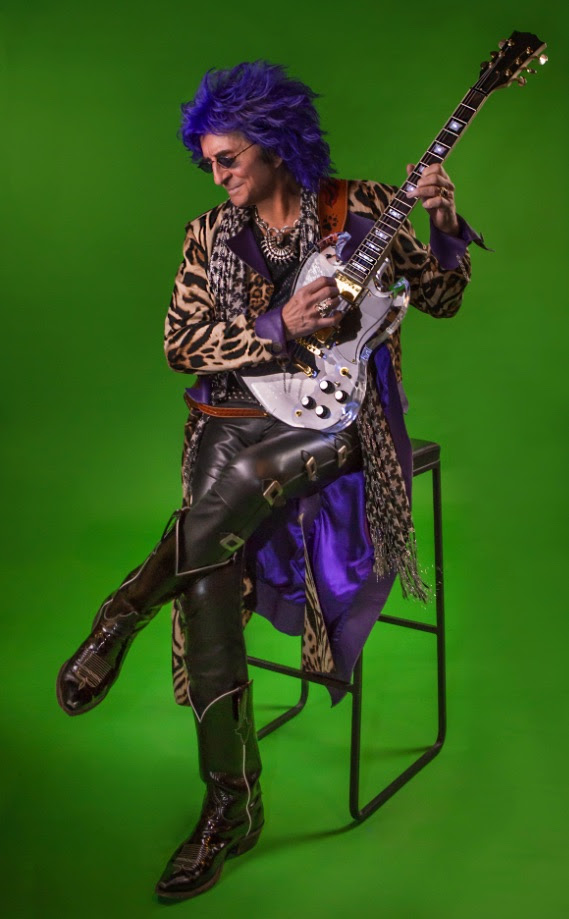 Jim Peterik has written or co-written some of the most memorable songs in rock: ‘Vehicle’ by the
The Ides Of March (on which he was also lead vocalist), ‘Eye Of The Tiger’, ‘The Search Is Over’,
‘High On You’ and ‘I Can’t Hold Back’, hits for .38 Special such as ‘Hold On Loosely’, ‘Caught Up
In You’, ‘Fantasy Girl’ and ‘Rockin’ Into The Night’, ‘Heavy Metal’ with Sammy Hagar and more.
Peterik, who is also part of Pride of Lions with vocalist Toby Hitchcock, is one of the most loved
and esteemed recording artists and songwriters, not only on the Frontiers label, but in the wider
melodic rock community.
WINDS OF CHANGE
TRACKLISTING / COLLABORATOR
1 Winds Of Change (Danny Chauncey and Don Barnes of .38 Special)
2 Without A Bullet Being Fired (Mike Reno of Loverboy)
3 Proof Of Heaven (Dennis DeYoung)
4 Sometimes You Just Want More (Kevin Chalfant)
5 Home Fires (Toby Hitchcock of Pride of Lions)
6 Just For You (Kevin Cronin of REO Speedwagon)
7 The Hand I Was Dealt (Danny Vaughn of Tyketto)
8 Where Eagles Dare (Lars Safsund and Robert Sall of Work of Art)
9 I Will What I Want (Kelly Keagy of Night Ranger)
10 You’re Always There (Jason Scheff)
11 Avalanche (Gunnar and Matt Nelson)
12 Love You All Over The World (Jimi Jamison)
MUSICIANS
Jim Peterik – guitar, keyboards, vocals
Mike Aquino – lead & rhythm guitar
Ed Breckenfeld – drums & percussion
Dave Kelly – drums
Colin Peterik – drums
Klem Hayes – bass
Bill Syniar – bass
Bob Lizik – bass
Jeff Lantz – orchestral arrangement of ‘You’re Always There’
jimpeterik.com
facebook.com/officialjimpeterik
twitter.com/jimpeterik