Country-crossover star Jessica Lynn is proud to announce that she’ll be releasing a brand-new single, ‘Roadhouse’. The single, which is released worldwide on 14th May, hails from Jessica’s acclaimed live shows and stage spectaculars, where the song’s unabashed joie de vivre, exuberant vocals, vibrant guitar licks, and boisterous vibe have earned fans’ ardent appreciation (along with Jessica’s acclaimed stagecraft!)

Jessica is also proud to announce that she has been confirmed to play the Tennessee Fields Festival (formerly known as Dixie Fields). Tennessee Fields is a boutique country music festival, based in rural Essex, that attracts talent from both sides of the Atlantic and this year takes place over the weekend of 9-11th July, 2021 at Sandy Brook Fields, Chelmsford.

Jessica is particularly delighted to be coming to the UK this summer, having had to reschedule her 2021 Lone Rider headline tour to next year, because of pandemic restrictions. She will be playing the main stage on Saturday 10th July and will be bringing most of her band over with her for the show.

“After a devastating past year-and-a-half,” Jessica says, “I am thrilled to be getting dates back on the calendar, including the incredible Tennessee Fields Festival. I was so upset to have to cancel my UK tour this year, as it is truly one of my favourite places to come to in the entire world, but I am so looking forward to this awesome event that’s sure to deliver plenty of good times, good music, and a taste of the life I have missed so very much!”

Speaking about her upcoming single, Jessica says, “I am so excited to release one of my favourite songs from my live shows, ‘Roadhouse’. This has been a fan favorite for years and because of how wonderful and supportive all of you have been to me during this pandemic, I wanted to give you a single you’ve been asking for, for so long, with a brand-new twist!  It’s a really fun, up-tempo, feel-good track that’s perfect for the weather getting nicer.  Can’t wait for you to hear it!”

It’s a busy time for Jessica, who did not rest on her laurels during lockdown but instead became a leading livestream performer, bringing her music —particularly piano livestreams — to her fans, becoming one of the top-rated livestreaming artists (ranking in Pollstar’s Livestream Top 10, often weekly), and being named a Top 40 Livestreamer of 2020, as well as a Top 20 Livestreamer of Q1 of 2021 by the ticket-reporting industry giant.

During lockdown, Jessica also worked hard laying down new material in the studio and releasing several singles which charted worldwide, as well as music videos which can be seen on VEVO and her YouTube channel.  She also spent quarantine time pursuing many charitable endeavours, raising close to $20,000 for various animal, music, and veteran organisations via online streaming concerts, as well as being named an elite member of American Music Abroad by The U.S. Department of State’s Bureau of Educational and Cultural Affairs: a role which will have her traveling to countries across the globe as an ambassador for the USA, spreading American music and culture.

What’s more, as a performer who loves the buzz of live performance and contact with her audiences and fans, Jessica has recently been over the Moon to announce the rescheduled UK dates for her headline tour ‘The Lone Rider’.

Her rescheduled 12-show tour will now take place in May 2022, starting on 9th May, 2022 (at St Pancras Old Church in London), take in a dozen UK venues (including shows in Wales and Scotland), then end in Norwich on 22nd May (at the Waterfront Studio).

‘Roadhouse will be released May 14th  on all major streaming and download platforms. Click on the following link to pre-save it:  http://snd.click/roadhouse , and visit Jessica’s website for details and updates on her forthcoming tour and debut album Lone Rider, available to pre-order at www.JessicaLynnMusic.org/store 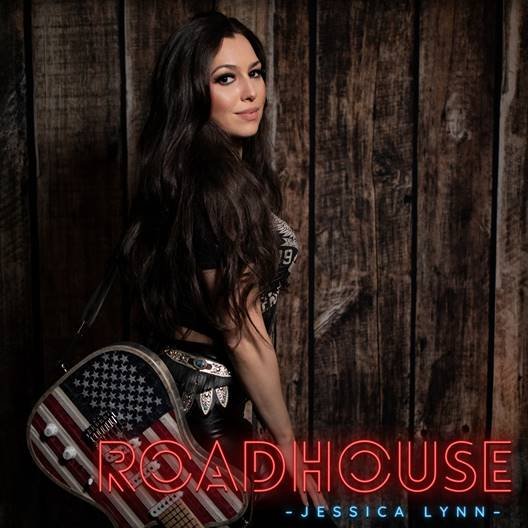 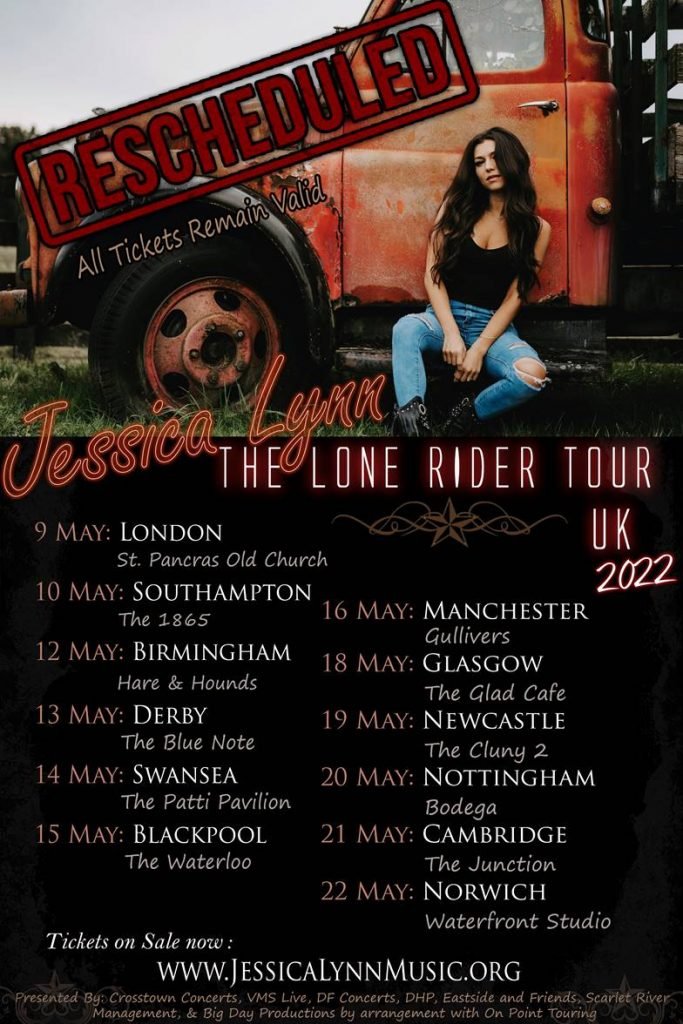