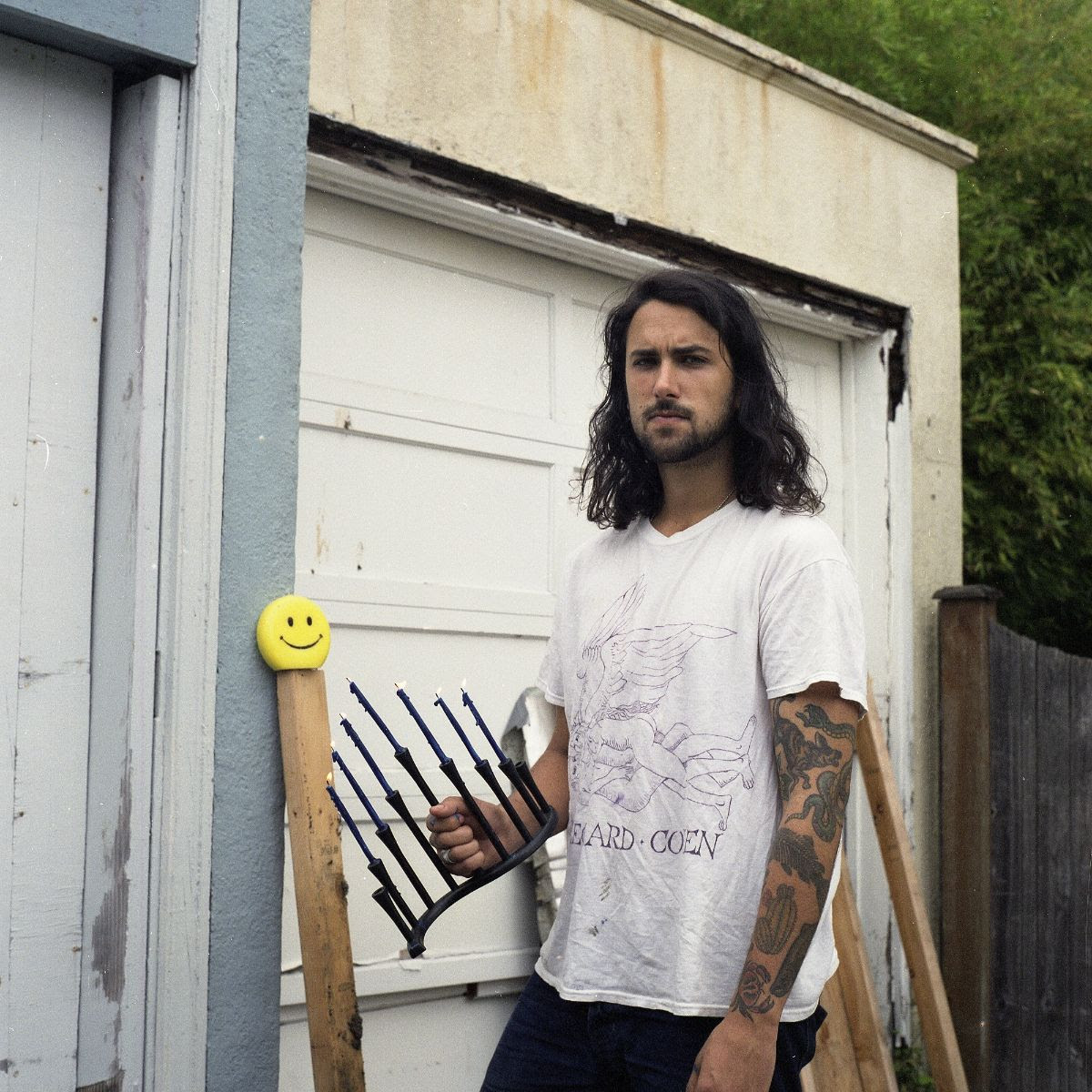 The Killing Language features Rosenthal’s sonic range and complexity, taking listeners on a journey spanning traditional genre boundaries, yet offers a consistent, underlying tone of whimsy and camp. Listen to “Mitzvah Bells” on all streaming platforms and Bandcamp now — The Killing Language is out April 2nd.

Deep in the fissures of the angled mind, grows the thirst for conspiracy. A kind of gravity that pulls toward a solipsistic enlightenment— fire and brush. In this darkness, a family of gods lies in wait. There, the words are whispered and the rite of passage begins. Some of us wish we could return to this moment, when boy becomes man, and set in motion a different kind of momentum.

Jesse Rosenthal, the Seattle-based multi-instrumentalist and composer, makes lush, labyrinthine pop music. The songwriter and pianist in the up and coming band Advertisement, Rosenthal’s work as a solo artist is thorny, complicated, and above all else, breathtaking. His first official debut record, The Killing Language, hones in on issues of masculinity and mental health by way of baroque flourishes and heady arrangements.

Listening to The Killing Language feels kind of like if Van Dyke Parks decided to write songs for Abba. Rosenthal crafts music that feels like getting used to a pool of cold water. First you experience the initial shock of arpeggiated pianos and stoic guitar riffs going in every possible direction. Then the songs warm up, they begin to feel like home, like an old house covered in chintzy wallpaper that blooms with little sonic flowers from every inch. The record was written in quarantine over the course of only three months, which he self-recorded, produced, and mixed in his own bedroom studio. Rosenthal had scrapped a full-length record that ultimately felt unfocused. During quarantine, things crystalized into focus, and The Killing Language rapidly came into existence.

On The Killing Language, Rosenthal writes songs that are whimsical and poetic. This playfulness comes directly from Rosenthal’s childhood. As a kid, he was enamored by musical theater, and grew up obsessed with the high drama of Stephen Sondheim’s Sweeney Todd and Into the Woods. Although he’s since shifted his tastes away from the gaudiness of Broadway, that deviously entertaining trickery exists everywhere in his work. The Killing Language is very much a record laden with high camp, one that oscillates between making you laugh and cry while also sustaining your attention through nervous and beautiful production flourishes. Just take the slow burning “Chelsea,” as one such offering. The song starts off proggy and dissonant and then abruptly shifts gears, transforming into something strident, full of jagged guitars that stick out like quartz in a cave. “Cue the dreams of childhood/The ones I loved, blue skies above” he sings as the song is rejiggered into a post-punk sea shanty.

On “Fireworks,” the last song on the record, Rosenthal showcases his ability to write incisive lyrics. In the song, Rosenthal takes on the role of a character who is seeing their dream as a prophecy. “Every night I go down to the river/and I find fewer fish/pressure in the sky and the moon bearing down like an incoming fist,” Rosenthal sings as the pink sky begins to purple and it feels like the world is going to end. “Sharing the same cerebral and madrigal-imbued qualities of Kate Bush, the track unravels alongside its narrator. “The song calls on conspiracy theory and myth and how you can project meaning on it through the specific meaning of a symbol and how the symbol can act as a signifier,” says Rosenthal of the song’s conceptual underpinnings. “Ideally it would bring someone to this place where they’re thinking about masculinity, sanity, conspiracy and closure in our world and culture,” he elaborates. For Rosenthal, writing music has in many ways saved his life. He writes music that is deeply empathetic, and is often rooted in his own experiences with his mental health. The Killing Language then is a study in compassion, on expressing yourself through the stunning complexities that only music offers, and in making something you really believe in. — Sophie Kemp

At the intersection of growing up, beyond teenage-hood, and a handful of lifelong mental health diagnoses came this album, The Killing Language. The name itself serves as a bit of a catch all for the indoctrination young American men go through as they “come of age.”  Depending on what angle one chooses to listen to the album from, the language can be that of insanity, masculinity, aging, or the words of all that may be seen as spiritual.

I recorded the entire album in my bedroom, aside from the drums which I recorded at my band’s practice space. Everything on the album was written, performed, recorded, and produced by myself in a bit of a solipsistic fugue. Though the experience also provided a powerful opening to come to terms with myself, and my mind. — Jesse Rosenthal 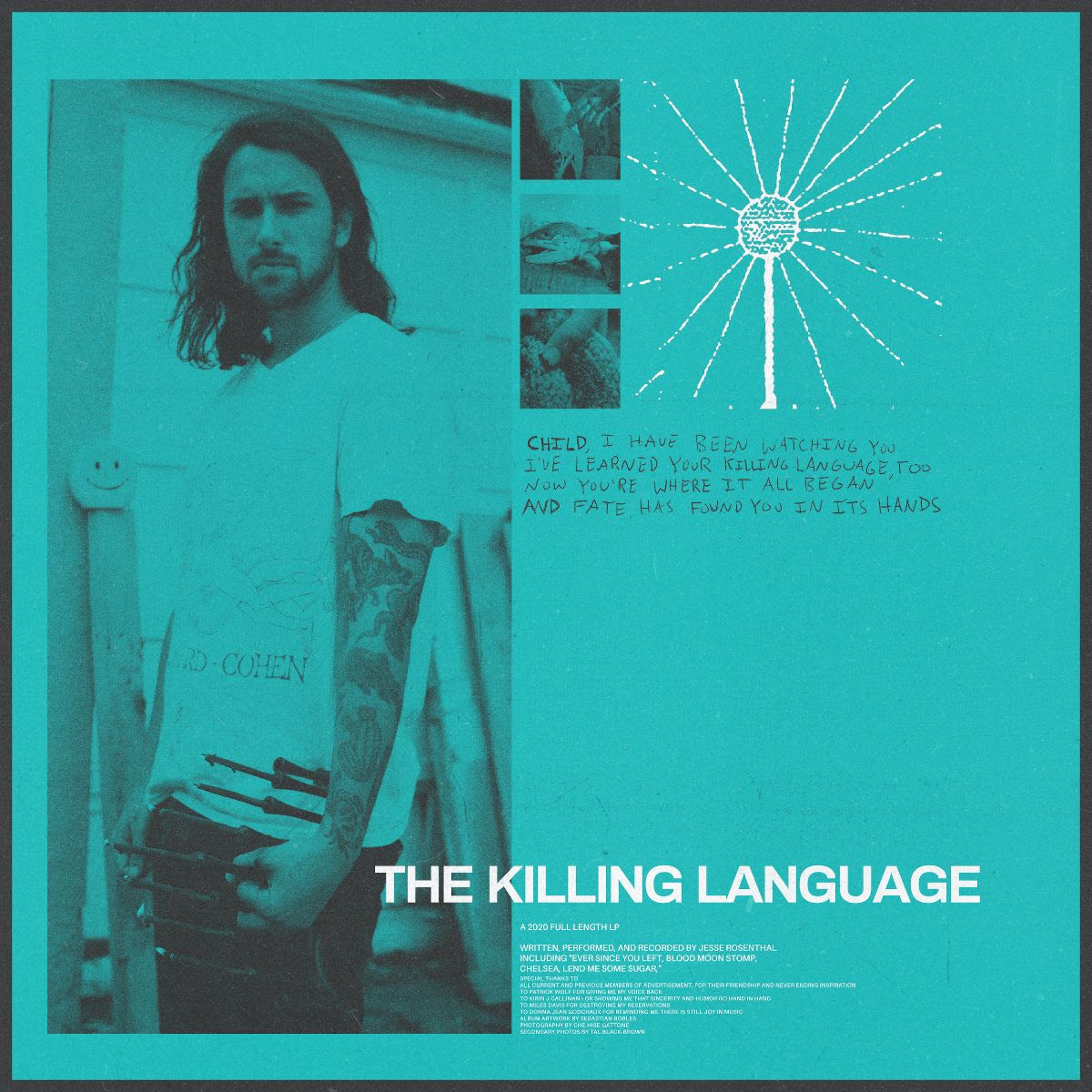 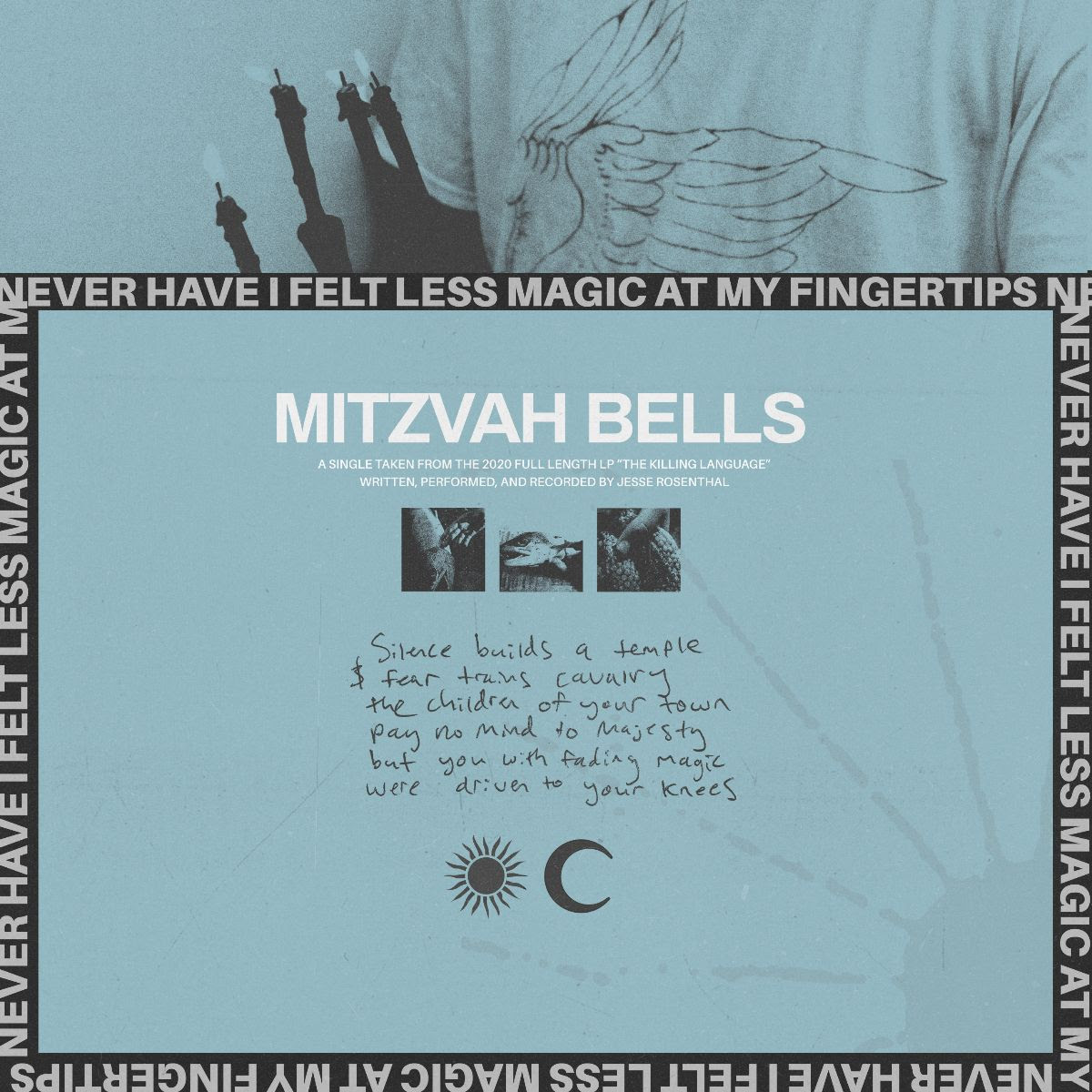