On the new single from his upcoming self-titled solo album, frenetic funk strumming by JD Simo gives way to a passionate vocal delivery as a raucous riff then roars, JD tempering buzzing feedback with a hypnotic hook. Described by Guitarist magazine as “a very appealing sum of James Brown meets Prince dashed with fuzzed out 70’s rock”, the song certainly contrasts with the record’s recent opening salvo, the psychedelic soulful ‘One Of Those Days’.

As for its lyric, JD states that “the song is about how fucking divisive everything really is in this country. It was written pre-pandemic, but it’s obviously eroded even more. I come from a bit of a messed-up background. On a daily basis, like many of us, I rely on a multitude of self-help steps in order to remain healthy. Loving yourself as much as you love everyone else is pretty damn important.”

Recognised as a formidable guitarist who can channel iconic six stringers such as Jimi Hendrix and Jimmy Nolen while adding a large dash of blues and soul, at 34 JD is already a seasoned session musician who has also paid his dues as a frontman, initially as part of the group SIMO and more recently as a solo artist.

JD explains that the video “is dedicated to the human condition. During these unprecedented times, I have taken great solace in having more contact with my community and peers than ever before. It is beautiful and inspiring! We have all banded together, learned new skills and tried to grow into better humans as well as artists. So, instead of hiring someone to make this video, my extremely creative friends and I made this on our smartphones. Trying to embody the essence of love, which is present no matter if you are close or far apart.” 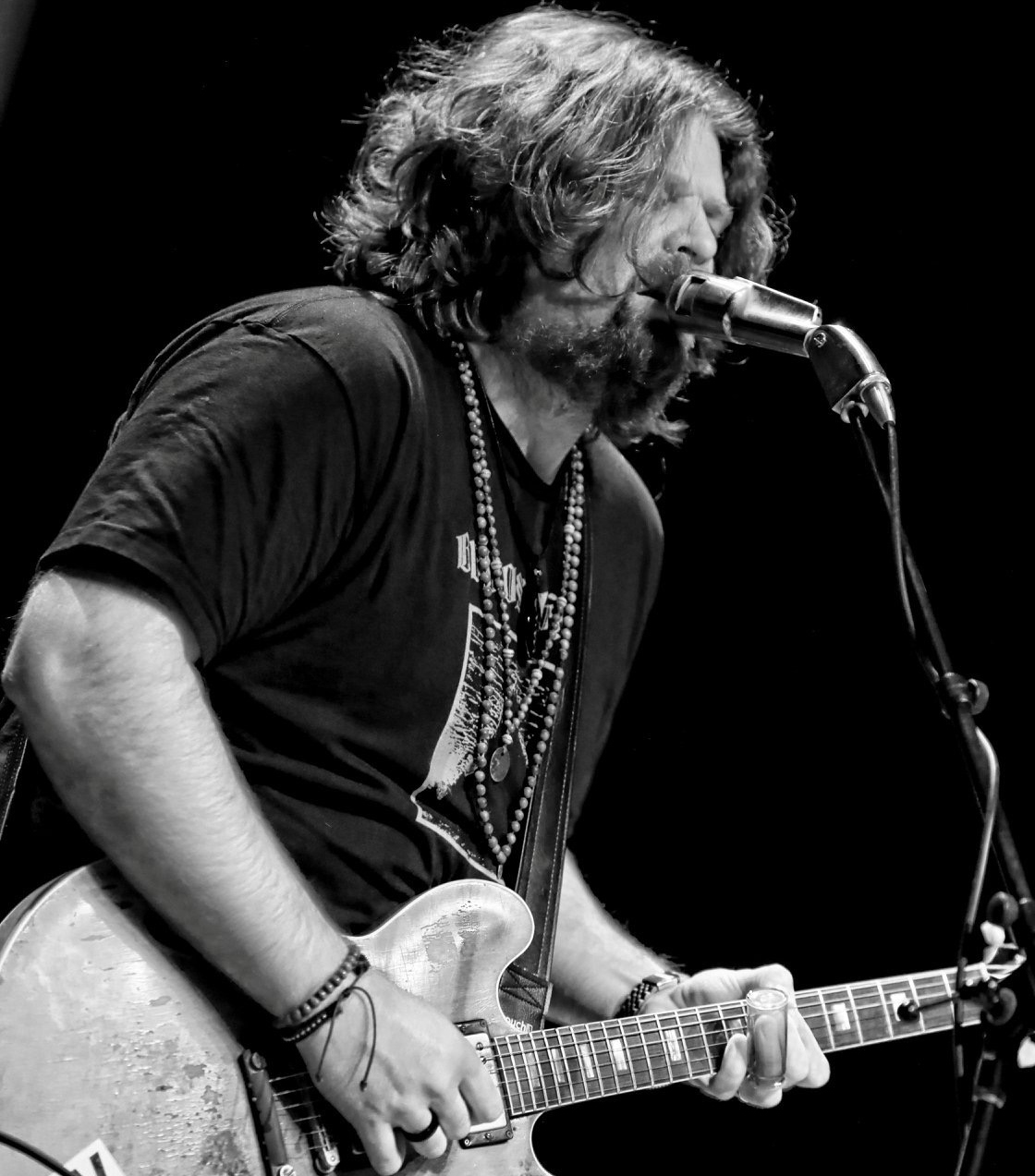 Rather than simply rolling up to the fabled crossroads of Blues lore, the Chicago-born, Nashville-based singer, songwriter, guitarist and producer JD Simo connects the missing link between Motown and Woodstock as he fuses fluid and fiery fretwork with vital and vulnerable vocals. Acclaimed by the likes of Rolling Stone, Classic Rock, No Depression and a host of other publications, he perfects this balance on his self-titled second solo album.

“It’s a bridge between R&B and psychedelic rock,” states JD. “I love both styles equally, and I’ve been trying to close the gap in a cohesive way. I’m really comfortable with where I’m at artistically. This is my interpretation of psychedelic soul music. For me, it’s a statement.”

From his stint at the helm of SIMO to his 2019 solo debut, ‘Off At 11’, JD’s journey has primed him to make such a statement. Logging hundreds of gigs annually, he has collaborated with the likes of Jack White, Tommy Emmanuel, Luther Dickinson and Blackberry Smoke, graced numerous festival bills, while Phil Lesh of The Grateful Dead invited him to join the rotating line-up of Phil Lesh and Friends.

‘Off At 11’ ignited fan fervour and earned tastemaker praise on both sides of the pond, with the UK’s Classic Rock praising its “psychedelic Hendrix-channelling jams and hooky, distorted blues rock” and Guitarist arguing that “the whole retro vibe of this album is so ably executed.” In the US, Guitar World hailed it as “another step toward the Chicago native establishing himself as a contemporary blues rock giant.”

Throughout 2019, JD maximised his rare time off to write what would become ‘JD Simo’. Returning home after playing over 150 shows, he worked out of a “funky little eight-track studio” in his house before enlisting Eddie Spear to co-produce the album, recording it direct to tape in just three days during January 2020. “I had wanted to work with Eddie for a long time,” he explains. “I’d never worked with a producer before; I just produced and engineered everything myself. He was the one guy I could see myself collaborating with. Eddie really tore the initial ideas apart and rearranged them. It’s impossible to be completely objective by yourself, no matter how many records you’ve made or have been a part of. He provided that and brought everything to the next level.”

Drenched with far-out guitar lines and a vocal performance that recalls the deeply emotional and often uplifting spirit of peak-era Motown, the album’s introductory single, ‘One Of Those Days’, dips out of bluesy psychedelia and into a simmering groove as JD’s captivating falsetto resounds. “It took me years to have the guts to even try singing falsetto. Now, it’s actually the most dependable part of my voice. I started playing ‘One Of Those Days’ live last year. It pulls from Marvin Gaye and Curtis Mayfield vibes and fans kept asking about it.”

Elsewhere on the record, album opener ‘The Movement’ trucks along on a hummable groove as the high-register hook soars. “It’s about me trying to remind myself to be as ethical as I can be. My aim is to get out of my subconscious.” JD delivers a heavy homage to James Brown’s ‘Out Of Sight’, wailing on a solo with the kind of unapologetic and unrestrained physicality that would have brought a smile to the face of the hardest working man in show business, while ‘Help’ reverberates with a plea for salvation above raw distortion and emotional string bends. The album ends with Earl Hooker’s ‘Anna Lee’ being ripped through an old Casio Boombox and much “fucking with the tape” to add another level of unfiltered passion.

Concluding, JD muses: “I’m an obsessive music listener and vinyl collector. I’m a father. I’m a husband. I’m a fan of sleeping all day and staying up all night, which doesn’t happen as a father! I’m a guitar player. I’m a songwriter. I’m a singer. When you hear the record, I hope you have a good time. That’s what I’m looking for.” 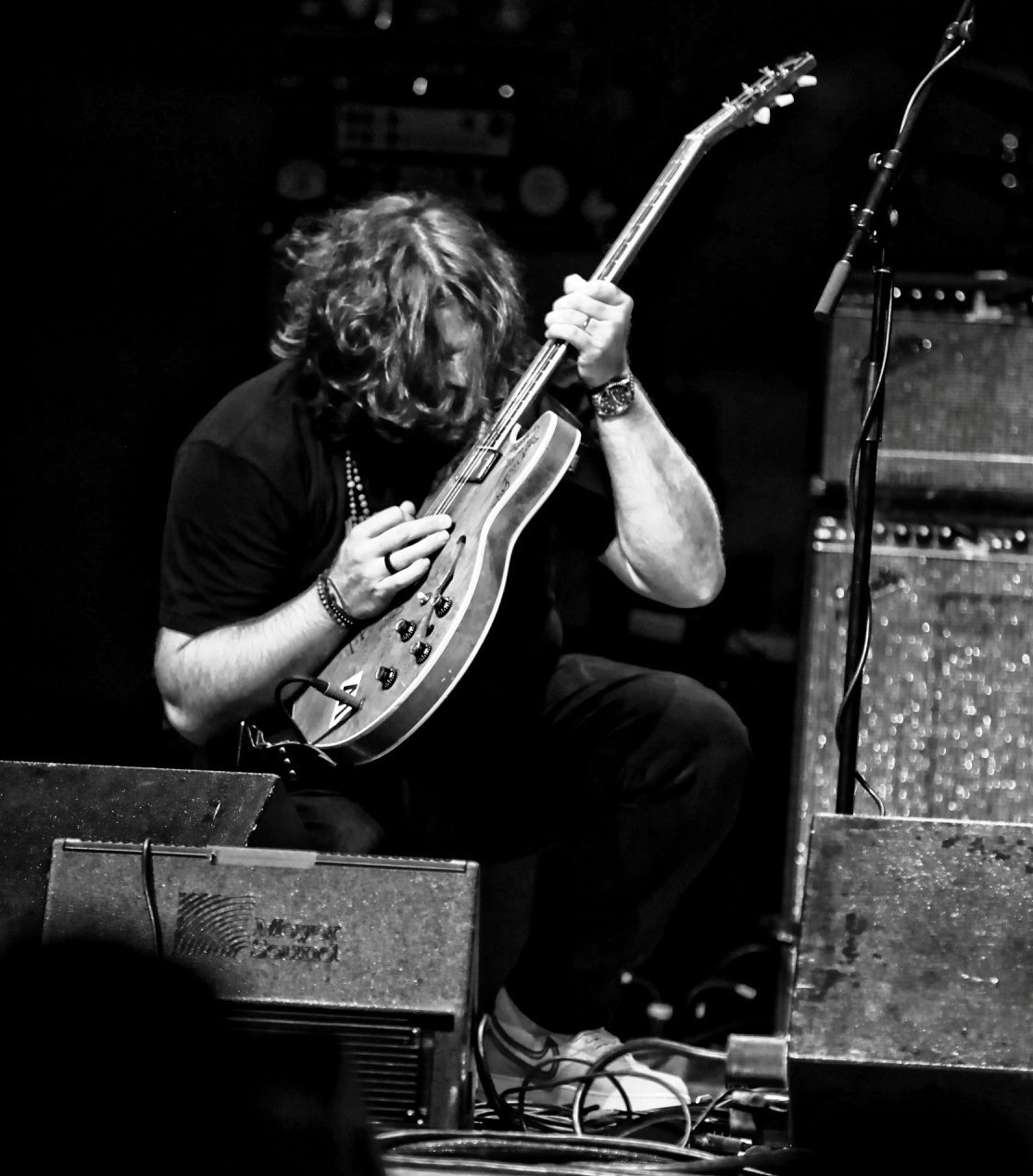