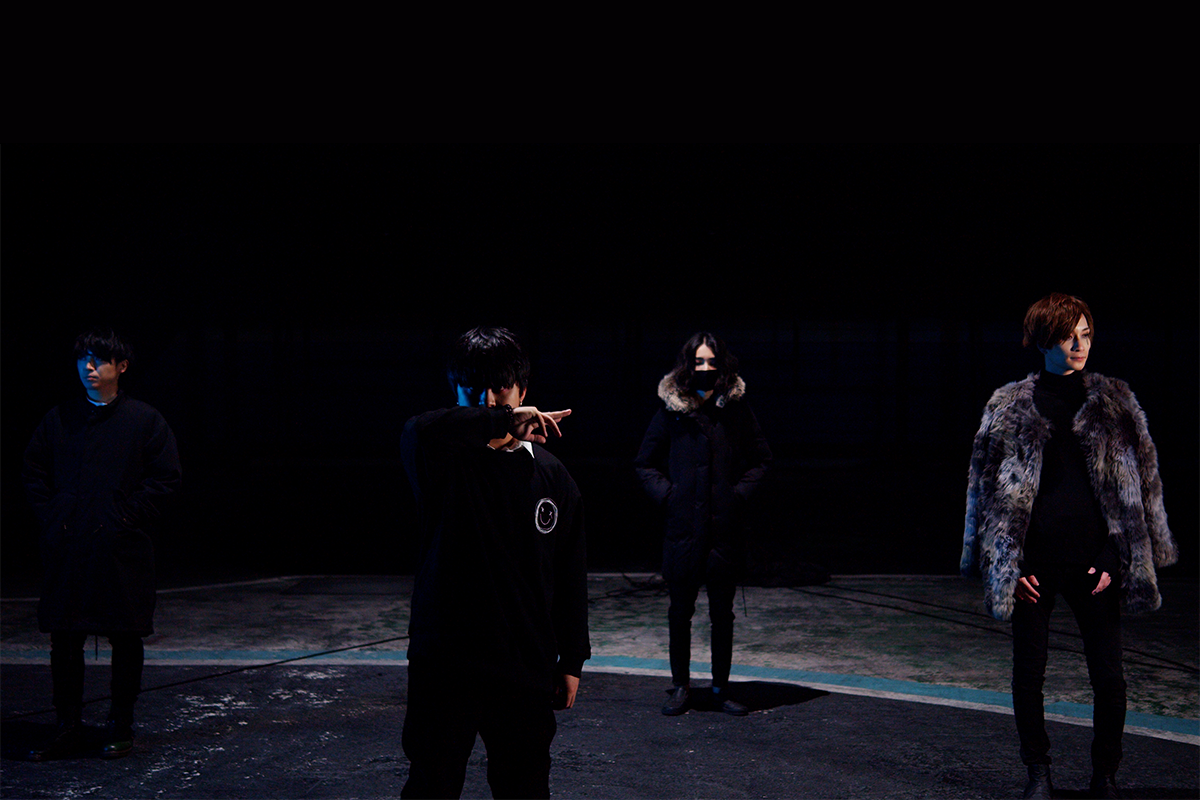 Japanese “mixture rock” band One Eye Closed have released their new single, “Squall” featuring guest vocals from AJ Rebollo of ISSUES. Influenced by a wide-range of genres, One Eye Closed combine sounds and grooves rooted in rock, metal and pop with touches from the world of Vocaloid, hip hop and jazz to create a fresh and exciting new style that’s also reminiscent of emo, nu-metal and J-rock classics.

Mixed and mastered by Яyo Trackmaker of visual kei pioneers girugamesh, “Squall” offers a new sound to their already diverse discography utilising that special essence found in Japanese rock. The track and its accompanying video are filled with imagery of a journey traversing through a snowstorm, supporting its theme of perseverance. Watch the video here. Speaking about the band’s collaboration with ISSUES’ AJ Rebollo, vocalist REI says: “All members were fans of ISSUES before we even formed. With that shared love for ISSUES and bands-alike between us four, we started playing together. I believe that our fans can definitely feel that influence in our work. When I was writing the vocals, I was actually envisioning a part with strictly unclean vocals. I then thought, “wouldn’t it be cool if AJ Rebollo from ISSUES could do the unclean vocals here?” Long story short, since we were huge fans of AJ’s guitar work, composition skills, and amazing vocal work, we shot him a message and now the band is ecstatic and honored to have AJ be a part of this song that means a lot to us.”

Driven by storytelling, honest lyrics, dynamic playing, and strong live performances, One Eye Closed is one of the driving forces in the underground J-rock scene from Tokyo. In the blink of an eye, the band has gone global. Their blinding debut EP Cain – self-released at the end of 2019 – not only saw the band gain attention from Japan’s underground rock scene, but also from music fans around the world when one if its tracks became the ending theme to a video game. EP track ‘Low‘ features in ‘Best of E3 2019’ finalist ‘No Straight Roads’ on PS4, Xbox One, Nintendo Switch and PC.

One Eye Closed continued the narrative flows set out in Cain with follow up EP Abel in the late summer of 2020, showcasing further the bilingual singing talents of REI, effortlessly able to mix soaring vocal hooks with rap and r’n’b influences; the mysterious and creative guitar prowess of ‘none’; the energy of funky bass groover Yasu; and the dynamic power of Kay on drums. The band released their debut physical full-length Adam & Eve on JPU Records in 2021, a compilation of songs from their Cain and Abel EPs, along with three brand new tracks.