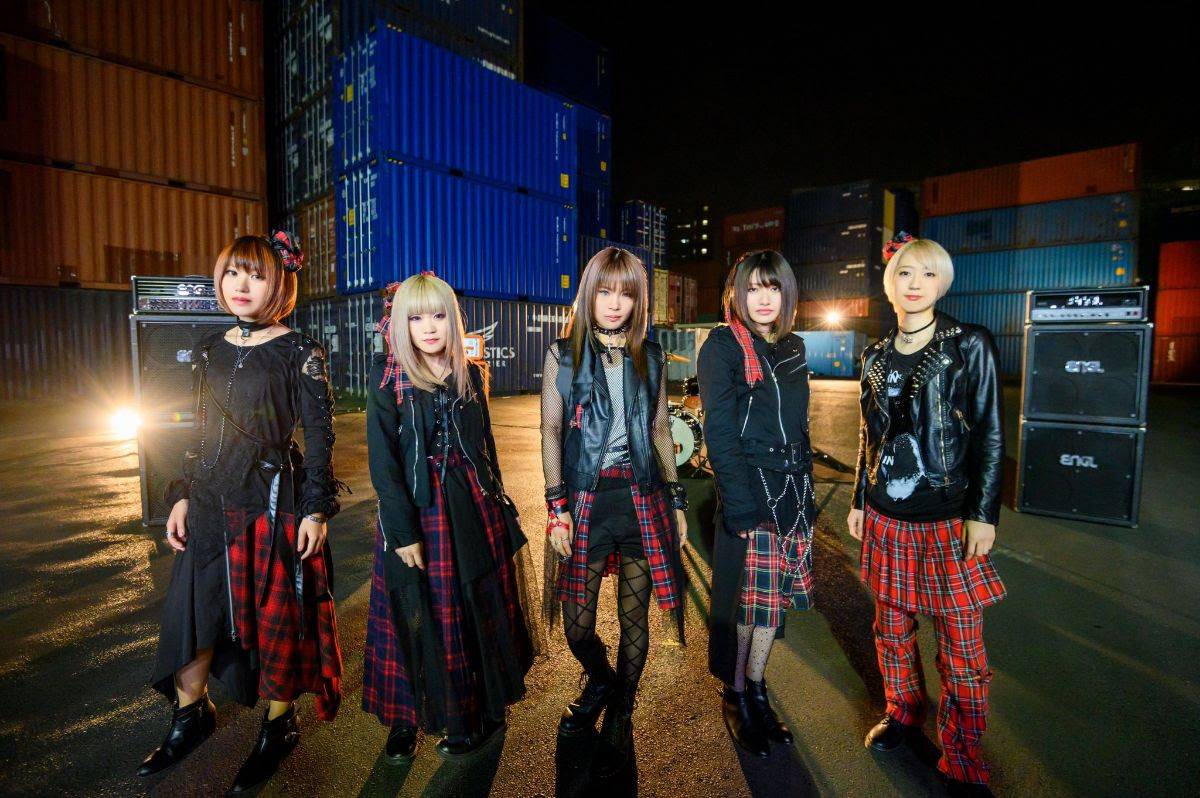 Japanese metal band BRIDEAR have released the video for their latest single ‘Daybreak’. It’s the first track to be taken from their debut international album release Bloody Bride, which is coming out May 7th via Setsuzoku Records.

Lead singer KIMI comments, “We are so excited for BRIDEAR’s first international release and look forward to bringing our music to fans across the UK and Europe!”

The new single is a furiously catchy taste of what’s to come from their forthcoming album, with crushing riffs, technical prowess and soaring vocals. You can watch the band effortlessly perform the track in the brilliant new video for ‘Daybreak’.

Formed in Fukuoka, Japan in 2012, BRIDEAR is one of Japan’s premier heavy metal bands and are setting their sights on the global stage. With diverse influences from German metal legends Helloween to British prog-pop pioneers Muse, the all-female quintet combine elements of power metal, progressive rock, and the melodic hooks of J-Pop to create a sound unlike any other of their rivals from the Land of the Rising Sun.

BRIDEAR released their first EP Overturn the Doom in 2012, and followed up with their hit single ‘Light in the Dark’. They have been performing across Japan ever since where they have developed a dedicated following. International audiences soon discovered the video online creating a massive buzz and ever-expanding global hard rock/metal audience.

Following the 2016 release of their first full-length Japanese album BARYTE, the group continued to perform across their home country gaining a reputation for excellent musicianship and engaging live performances. In 2017, BRIDEAR performed in Europe for the first time and appeared at major conventions such as Mondocon in Budapest, Hungry and Made in Asia in Brussels, Belgium supporting their EP HELIX.

Having now performed in 11 countries, BRIDEAR has built a passionate fan base in the West while becoming a major label act in Japan for their 2019 album Expose Your Emotions.

In October 2019, BRIDEAR performed in London at METAL MATSURI, the first all J-Metal festival outside of Japan, with a stunning set winning more international fans and praise for their memorable performance.