The Japanese Gothic Rock band THE SOUND BEE HD has unleashed the music video for “WALKING DEAD 2021”. This is a new version of the song released in 2017 and it was taken into the studio to be re-recorded for the best-of album DEAD MEMORIES-THE SOUND BEE HD 20th anniversary- that hit the stores on May 26.

“WALKING DEAD” is definitely the most iconic song from the band that captivated many fans with its haunting synth intro and high-distorted guitar riffs, as well as the obvious reference to the popular tv show from which they took inspiration for the zombies’ theme. This new version presents a more aggressive sound with an exponential industrial influence, showcasing the current style of the quartet. 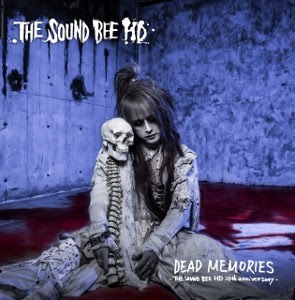