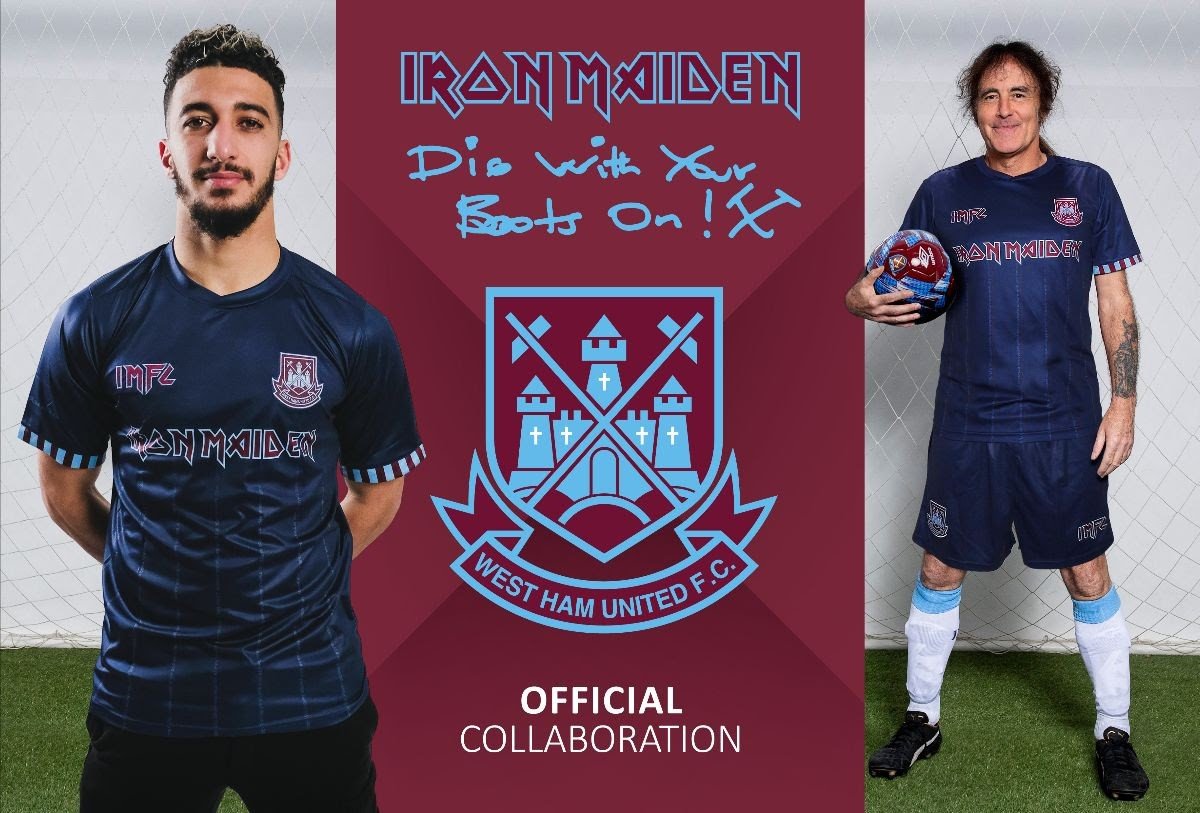 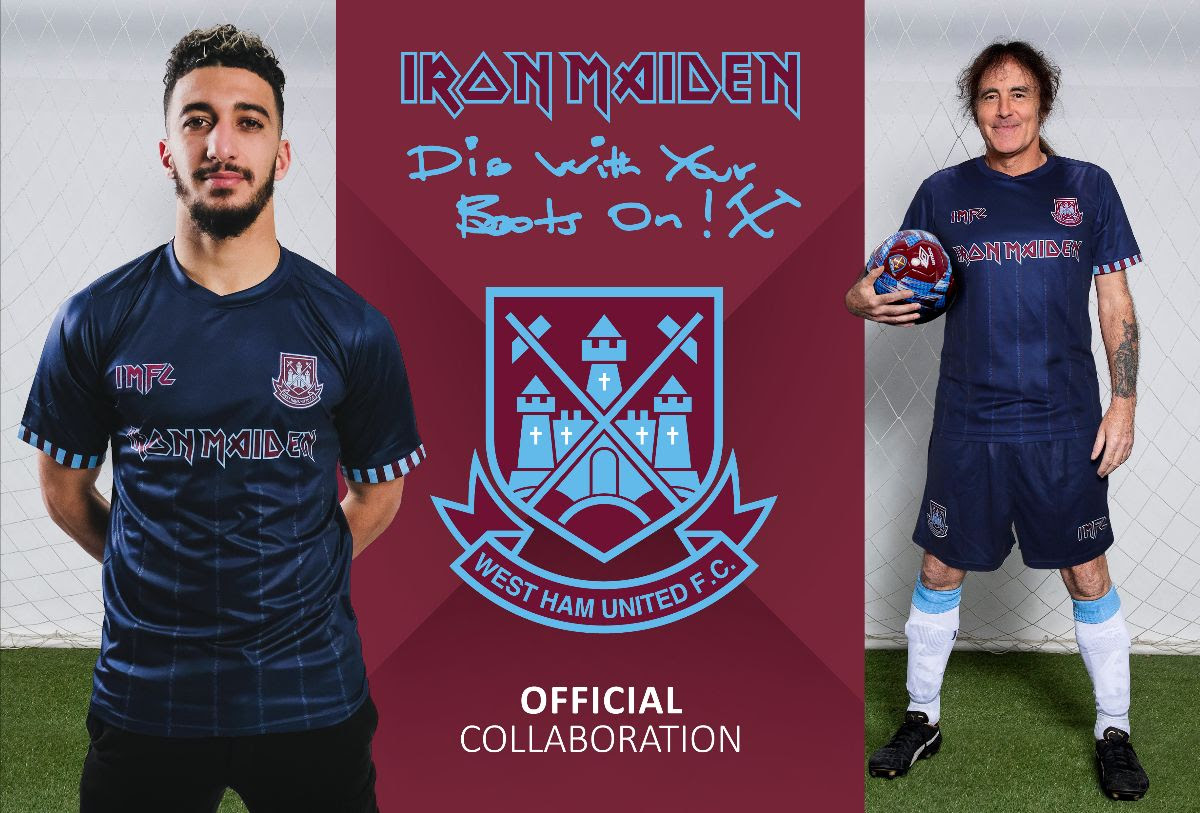 Die With Your Boots On is the name of the successful collaboration that launched back in 2019 between Iron Maiden and West Ham United. With thousands of home shirts sold, there was huge appetite from West Ham & Steve to extend the range for fans around the world to enjoy in both football and music. The new West Ham/Iron Maiden away shirt (worn by West Ham attacking midfielder Saïd Benrahma & Steve Harris above) is accompanied with a new West Ham/Iron Maiden training jacket and a new range of Iron Maiden training wear.

Harris has been flying the flag for West Ham on stage for decades, with his bass guitar even featuring the club’s iconic logo. His love for the Hammers goes back to 1965 and many Maiden fans around the world have embraced Harris’ passion for West Ham and taken up support for the club themselves, often appearing at concerts in Hammers apparel. 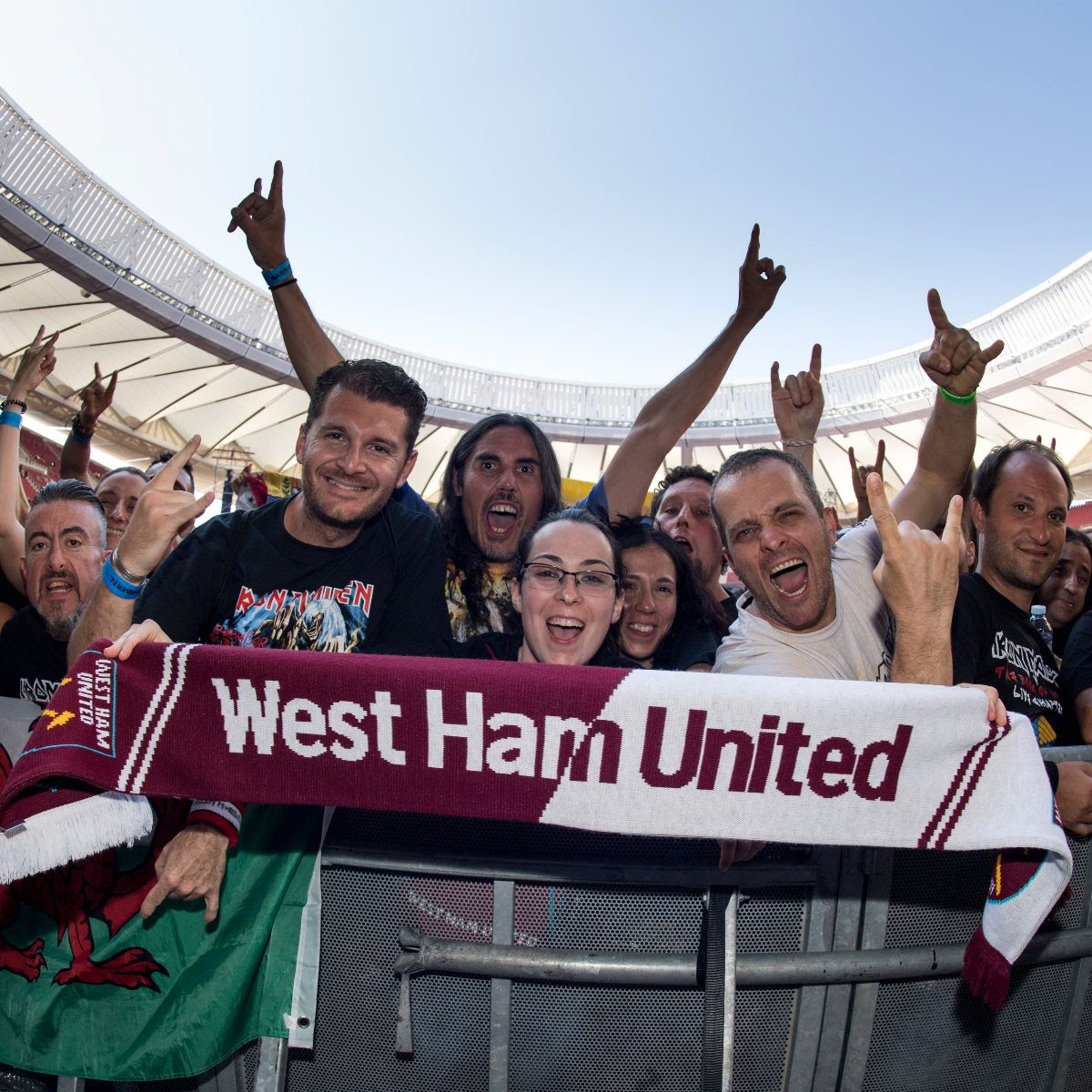 Harris was not going to turn down the opportunity to extend the range beyond the success of the original home shirt design, “It was incredible to see the number of Iron Maiden & West Ham fans that picked up the initial home shirt. With West Ham doing so well in the Premier League right now, it feels like a nice time to put out this ‘away’ shirt. I’m so happy to carry the Maiden/West Ham partnership further… who knows, it might bring us luck for a Champions league place, you never know! COYI!” 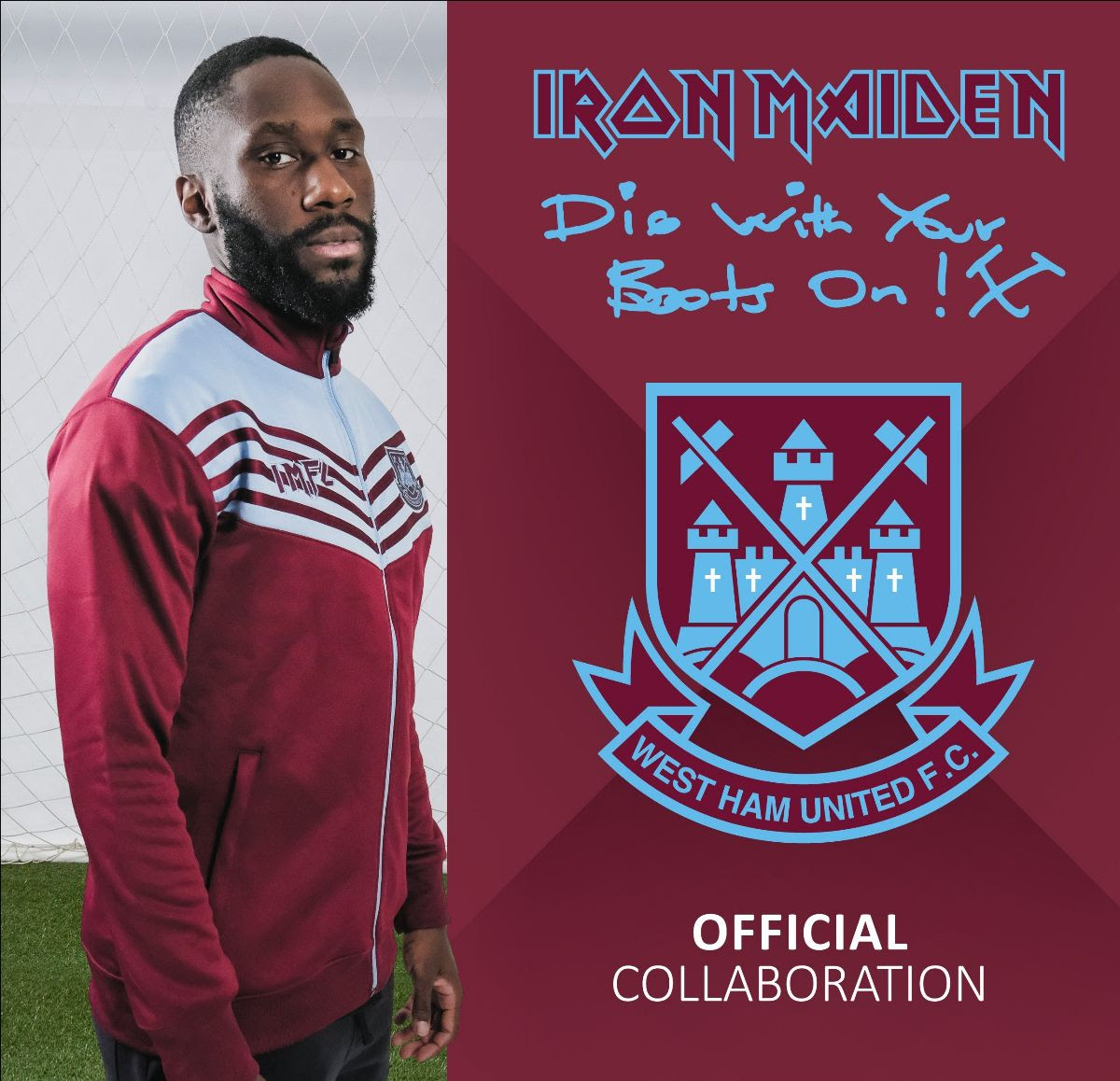 Tracey Stratton, Licensing Manager at West Ham, speaks of how popular the Maiden collaboration was with the West Ham fans when it launched back in 2019. “We’ve had a phenomenal response to our first shirt collaboration with Iron Maiden, selling out repeat orders several times. The fans’ reactions were amazing with huge engagement on social media. We are now excited to release the ‘away’ shirt as a first run exclusive online at www.officialwesthamstore.com, with further styles to follow as we continue this highly successful partnership. Come on you Irons!!”

The new ‘away’ shirt & the Die With Your Boots On range are available to pre-order at http://irnmdn.co/dwybo with a limited number of away shirts in stock and ready to ship from the West Ham store – officialwesthamstore.com. 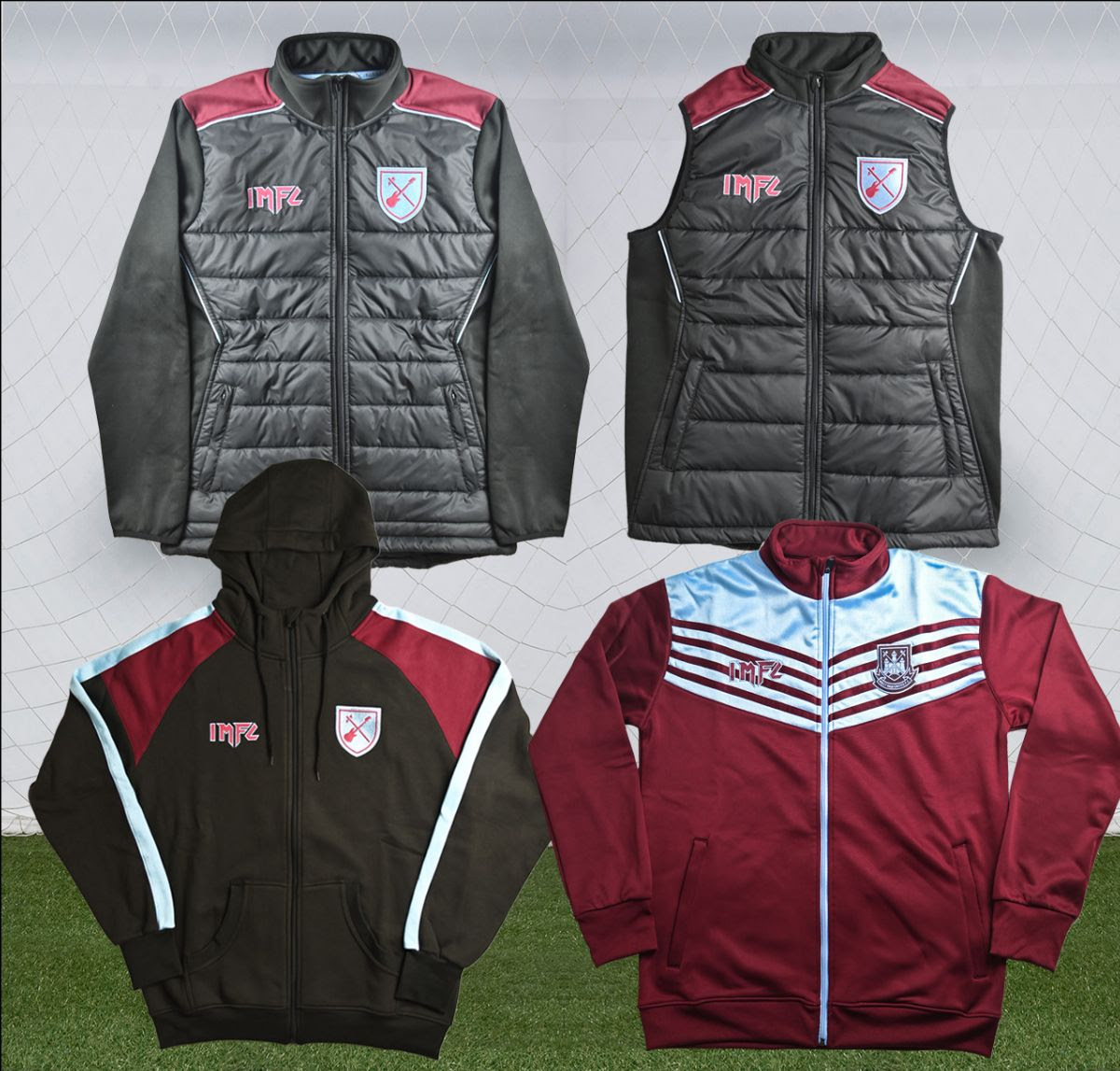