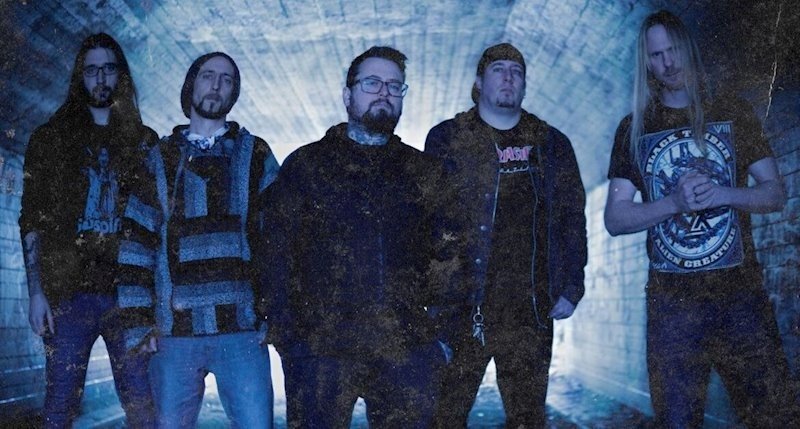 Leicester metal group Internal Conflict have revealed the first single and music video from their forthcoming highly anticipated new album ‘A P O R I A’.

‘Bleed The Sky’ is a vital slice of British modern metal and demonstrates why the band are widely regarded as “ones to watch” on the underground metal scene, especially during these times of turbulent challenge and dramatic change.

“We’re living through times that feel like we are standing in the face of insurmountable obstacles. Some of us might feel betrayed and cast aside, but refusing to be defeated during extremely difficult times. ‘Bleed The Sky’ is a track drawn from some of my own past experiences, but ultimately it’s a song for anyone that is facing demons and difficult times. They say it’s always darkest before the dawn, which only makes sense in hindsight.” – Adam Kyle (lead vocals).

Kyle’s dark lyrical undertones tinged with a real sense of hope is reflected in the music video for ‘Bleed The Sky’, which was captured and produced by Light Focus Videography.

‘A P O R I A’ was mixed and mastered by Neil Hudson (Krysthla) at Initiate Audio & Media Studios in Northampton and is released on 9th July 2021 via PHD.