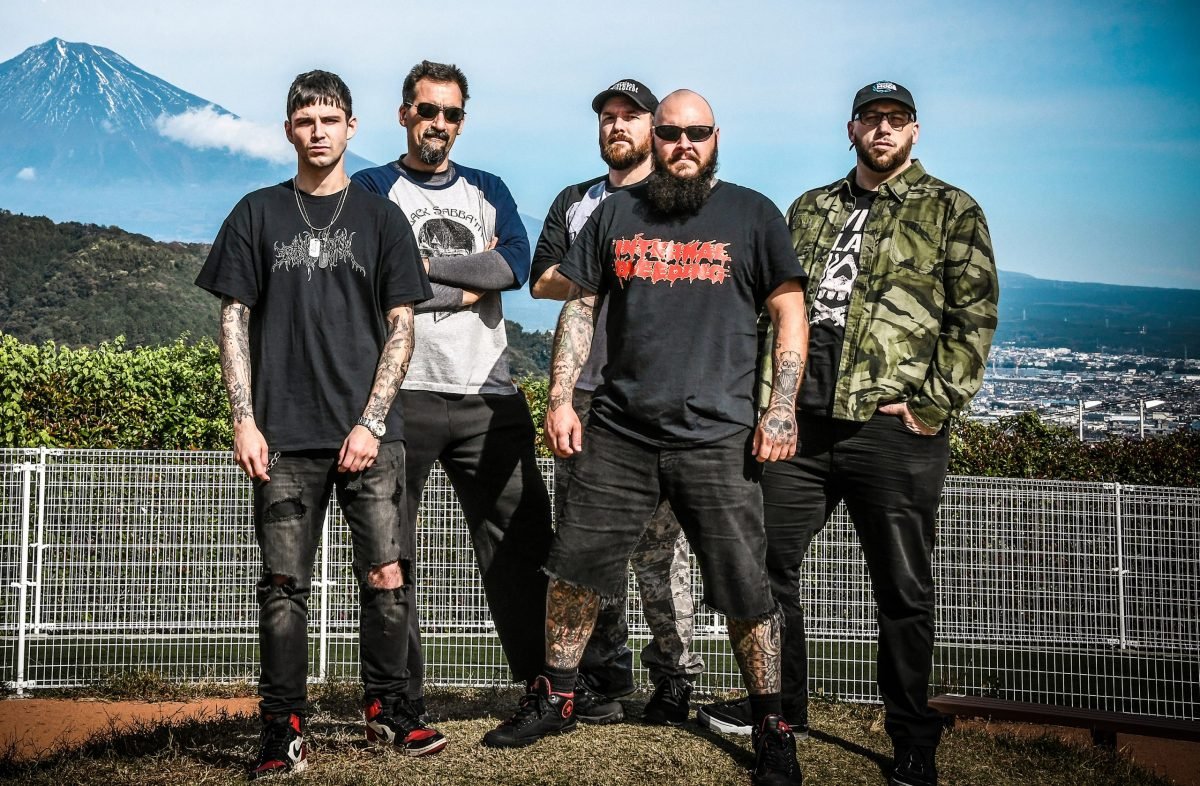 10
For anyone who has been within the brutal death metal scene for a while should know the name Internal Bleeding.
Anyone who doesn’t let me give you a history lesson..
In 1991 Internal Bleeding was formed. Featuring long time members Chris Pervelis & the late Bill Tolley (R.I.P) who would go on to write & record 2 early demos within the bands inception which would later be the birth of slam.
Now in 2021 this term is polarizing. Now 30 years later slam has evolved into so much more. With a whole genre & even a deep genre like deathcore being born because of the sound that Internal Bleeding, Suffocation, Pyrexia & Afterbirth created.
Now this won’t be just your average review of a collection of demos remastered.
Internal Bleeding are the reason i am into heavy music, let alone death metal or hardcore. And I personally have a huge connection to the band, I’m lucky to say they are good friends & somewhat family.
So as I fan I wanted to give you the reader a short history lesson into why the “Heritage of Sickness II” release is not only a release a newcomer to death metal needs to hear or even a die hard listener needs to buy. I will help describe & let you know why the first two demos “Invocation of Evil” & “Perpetual Degradation” are so important to the history of death metal.
I asked Chris Pervelis if he could tell us some information about writing the early demos & the impact on the band.
“Writing those two demos was one of the most exciting times of my life. We were really working like a unit and we jammed 4-5 times a week refining and honing the songs into what we thought were perfection.
Listening back, I can hear the excitement and fun in the recordings. I can also hear the mistakes, a bit of sloppiness here and there, and I still get transported back in time every time I listen.
It was truly a magical period for all of us. Everything was so fresh and new. But the most positive impact these demos have had on me is the longevity. It blows my mind that people still want to listen to them and enjoy them.”
Up until the formation of Internal Bleeding bands were either going down the thrash route or the progressive metal avenue.
Where Internal Bleeding differ is they mixed the brutality of death metal but added the groove & feel of Black Sabbath, early New York hardcore like Biohazard & diverse nature of Hip Hop.
No one at the time was merging multiple genres to create something exciting or as fresh as they were able to create.
Just by the first track “Despoilment of Rotting Flesh” we hear something completely different to the time. Through the track there is a fantastic laid back groove being driven by Bill Tolley. Added by Wallace Miltons low vocal approach in time with the guitar riff creates this bouncing back & forth and gives the whole track a rhythm not heard at the time.
Straight into “Ruthless Inhumanity” keeping that pace the band are able to write tracks that stand out within the first listen. Within a few listens you know the track back to front and are banging your head soon after.
“Perpetual Degradation” saw the band turn everything to 11. Not only did they stand out with their now legendary riffing, groovy drumming & not ever seen vocal approach but now they would write furth songs that would cement that sound to a collection of songs that are now seen as classics within the scene.
I believe “Anointed in Servitude” is the blueprint of Slam. It has everything that has now become second nature to the genre but here it’s in its most barbaric form its pure & unrelenting.
Not only could the bands write passages of slow grooves they could also write fast frantic sections within the same songs & make those sound just as good as the perfectly slow parts.
“Inhuman Suffering” has now become an Internal Bleeding anthem. And it has every right to be. It’s one of the bands heaviest & more diverse.
Now with this 2021 remaster it’s even more ear canal bursting & bone breaking. Even featuring the now classic “Inhuman Suffering” singalong at the end of the track the collection ends on a high note & reminds us all why Internal Bleeding are the undeniable purveyors of slam!
Joseph Mitchell 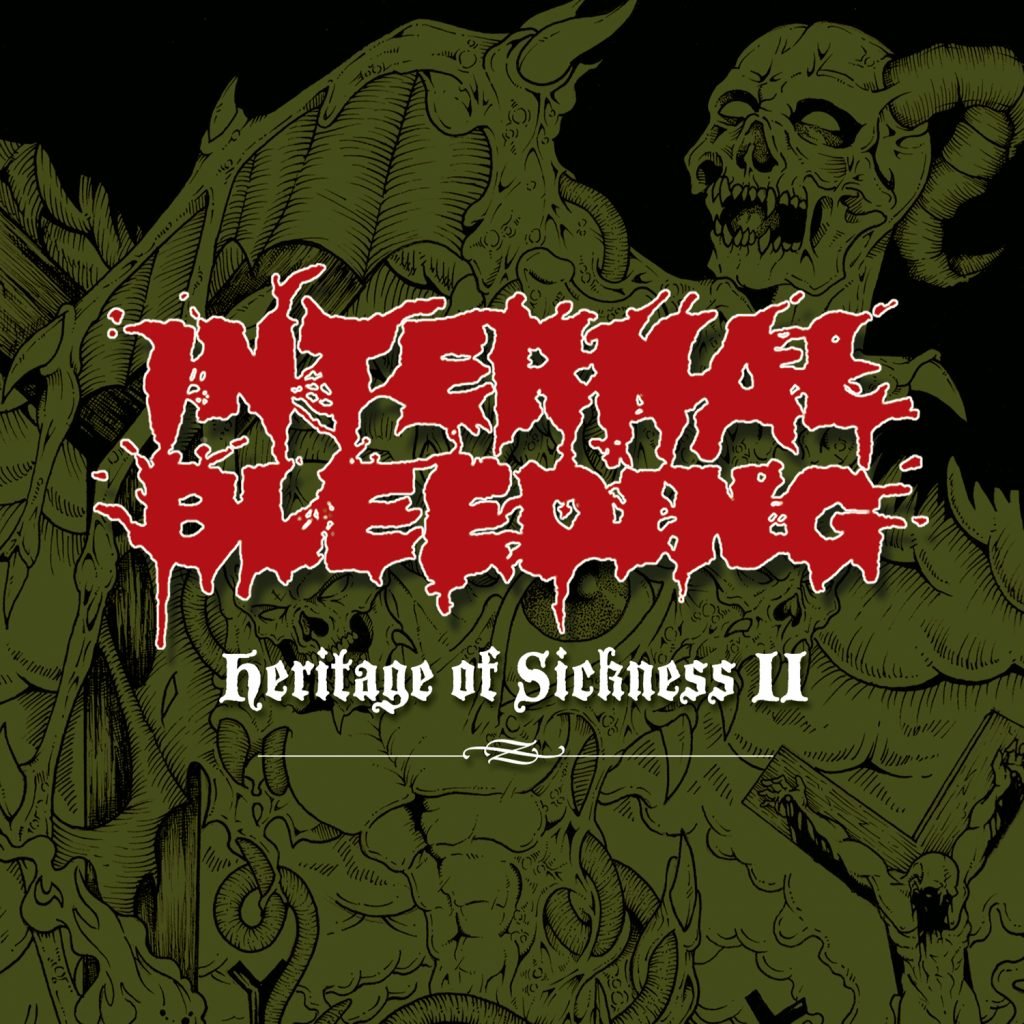 Heritage of Sickness II is out via Comatose Records on 3rd September 2021
1.Beyond the Gates of Tartarus
2.Despoilment of Rotting Flesh
3.Ruthless Inhumanity
4.Gutted Human Sacrifice
5.Epoch of Barbarity
6.Anointed in Servitude
7.Conformed to Obscurity
8.Prophet of the Blasphemies
9.Inhuman Suffering
10.Focus (Live)
www.internalbleeding.bandcamp.com
www.internal-bleeding.com