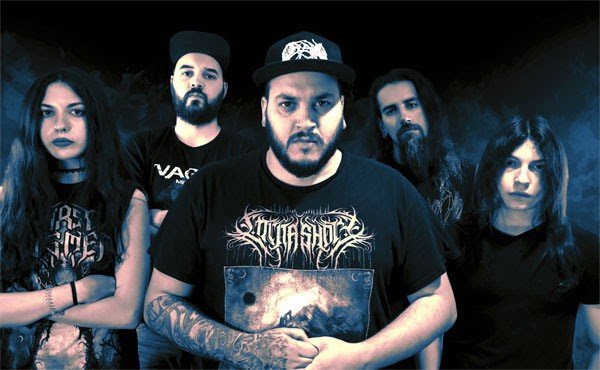 Formed in 2020 by Fábio Infante (Vocals) and Fábio Azevedo (Guitars), Inhuman Architects soon entered the record studio to track their first song “Interplanetary Suffering” later released as a digital single. The song was extremely well received in the underground scene and attracted the attention of several record labels, eventually leading to a deal with Australia’s Vicious Instinct Records.

Recorded, produced, mixed, and mastered by Titanforged Productions, “Paradoxus” features a revamped line-up with Susana Gamito on bass and Marcus Reis on drums, and offers a lethal and brutal of deathcore in the vein of Rings of Saturn, All Shall Perish and Despised Icon. Pre-orders are now available at this location.