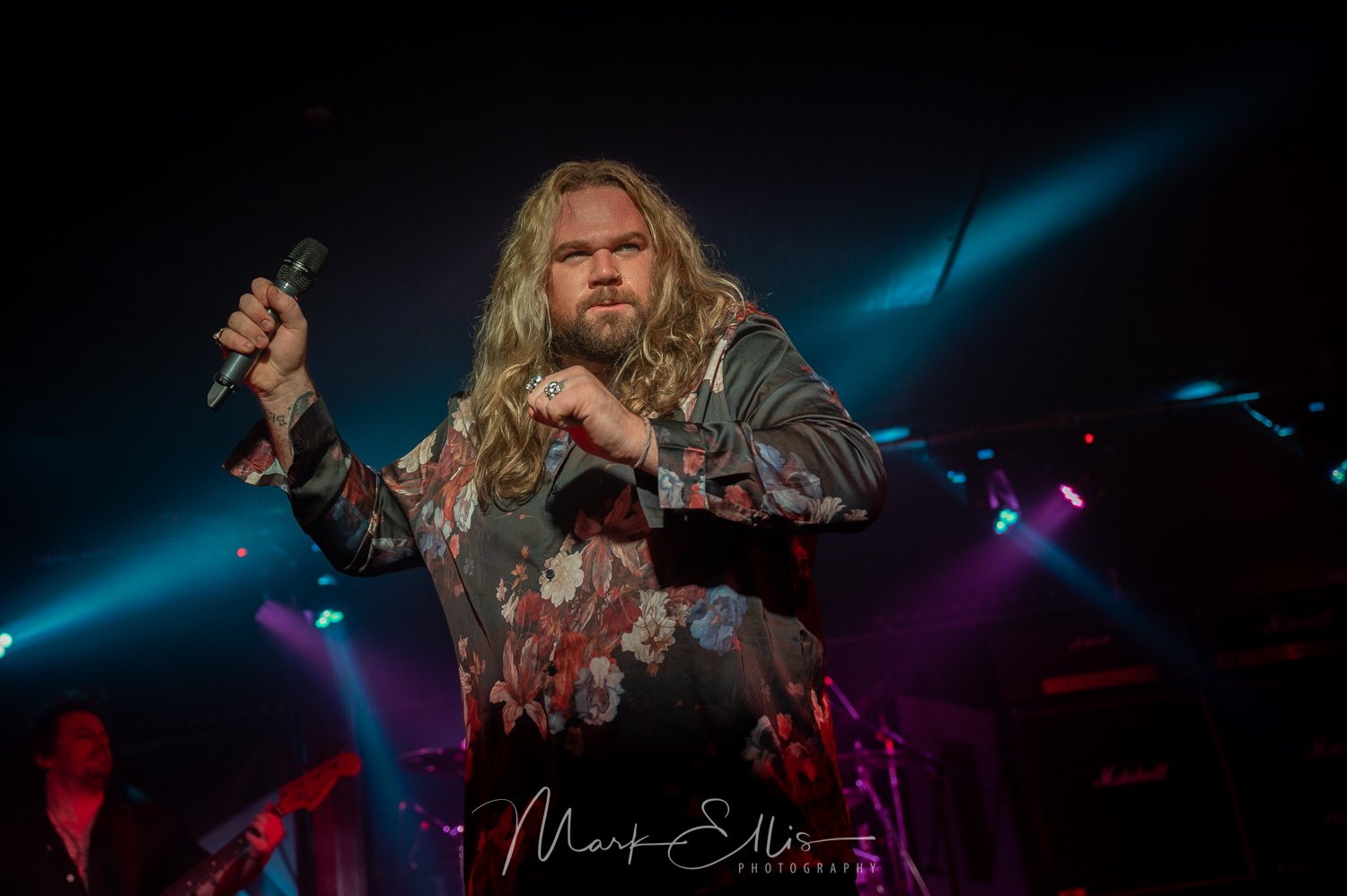 2021 had been a busy year for Inglorious with a new album of new music at the start of the
year and a covers album released last month. The band are keeping busy as they bring their
“A New Day A New Tour” through Bradford tonight.
Kicking things off is Mercutio who released their debut album Antagonist in June this year.
With their masks and face paint, this is a band ready to stand out and make a statement.
Right from the first track, they were captivating to watch as frontman Ross William Wild
leads the pack with his stage presence demanding all eyes on him. Drummer Edoardo
Mariotti also makes sure he is not hidden behind his kit as he often stands up to play and
helps get the crowd going at the start of “Playtime”. While they are definitely on the heavier
side of things compared to tonight’s headliners, the crowd certainly seemed to be enjoying
the band tonight. Mercutio is one of those bands that are ready to take off and are one to
watch out for in future.

Now that the room is warmed up, it’s time for Inglorious to take to the stage as the crowd
has pushed towards the barriers to see tonight’s headliners. Once on the stage they head
straight into “She Won’t Let You Go” and it’s clear it’s going to be one hell of a show! With a
large amount of the tracks played tonight coming from the We Will Ride album, it’s the first
time the crowd is able to hear these songs live and it’s clear the fans are loving them. With a
few of the covers from the Heroine album thrown in such as “Barracuda” and classic back
catalogue tracks like “Breakaway”, even if you aren’t familiar with the newer tracks, there’s
still plenty to sing along with and this crowd do just that.
Nathan James is on top form tonight as his vocals hit every note perfectly. His skills as a
frontman drive the night as he holds the crowd in the palm of his hand. Bursting with
charisma he has a way of making every person in the room feel involved. The rest of the
band keep driving the sound and draw your eye in their own right as they hit every note and
beat providing a perfect performance.
Things slow down for a moment as we hit the middle of the set and the band plays a small
acoustic set which closes with a cover of Cyndi Lauper’s “Time After Time”. This softer
moment really showcases the tones and joy of James’ vocals.
The party isn’t over however as “Medusa” lifts the energy of the room back up and the night
keeps ongoing. With plenty left to come the band keep giving more to a crowd hungry for
the night to keep going. As the set closes with “We Will Ride” the crowd are not quite ready
to let the band go just yet as they return for the classic “Until I Die” as an encore. This
provides the perfect finale to what has been a great night out and a great start to the
weekend.