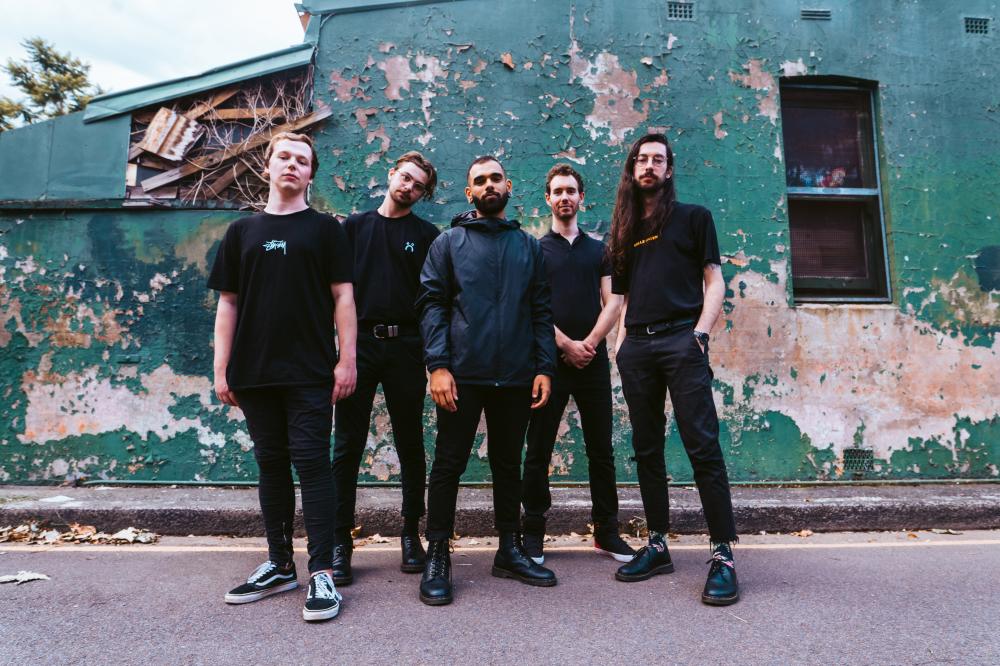 Inertia are stepping it up yet again with the release of their brand new single “Reminisce” featuring The Beautiful Monument’s Lizi Blanco. “Reminisce” is the second to drop from upcoming ‘Connexion’ EP – due out Friday April 17!

Produced, mixed and mastered by Inertia’s resident audio engineer and guitarist Mark Williamson at Keywork Audio (After Touch, Far Away Stables, Closure) and premiering at Blunt Magazineyesterday, “Reminisce” continues with the overall EP theme of human connection and the variations experienced in a lifetime. “Reminisce” dives into a failed relationship and the melancholic thoughts and feelings that still linger after the dust has settled.Vocalist Julian Latouche explores personal experience in the track and explains his inspiration: “I wanted to write a break-up song that wasn’t spiteful or full of hate because that’s not real and it’s not what I experienced from the somewhat healthy relationship I had. I read all the conversations we had and tried to get the perspective from the both of us and how we we’re coping with it.” Inertia have been creeping towards the forefront of Australia’s heavy community over the last few months and have experimented with a new sound for the upcoming release: “We wanted to explore more of our musical genre diversity within the band and take influence from other artists that weren’t in the same genre as us” says Latouche. “We messed around with song structures and melodies that were new and exciting to us and that’s what ultimately lead to the double chorus, funk style guitars and the pop inspired scotch snap vocal hook.” Inertia is Julian Latouche (vocals), Mark Williamson (guitar), Jesse Radloff (guitar), Oliver Smith(bass) and Jay Cusack (drums). Since their 2017 EP ‘Unlearn’, Inertia have been busy making a name for themselves in the alternative music scene, having shared the stage with genre favourites including Dream On Dreamer, Ocean Grove, Slaves (US), Thornhill, Void Of Vision, Story Of The Year (US), The Getaway Plan and many more. Late 2018 welcomed Latouche (ex-Oh/Villain) as the new vocalist at the helm and together the band delivered two huge singles and have been working towards their heavily anticipated follow-up EP ‘Connexion’, set to turn heads!The Sydney-based quintet have made a lasting impression having crafted a sound that blends heavy metalcore riffs with energetic yet catchy melodic vocals, layering their own brand of creativity atop all the best elements of post-hardcore. The previous single “Heavy Eyes” received a feature on Alternative Press, triple j Unearthed rotation, rotation on The Faction, a breakfast time triple j spin with Sally and Erica, Spotify adds to Homegrown & Heavy, New Core and New Metal Tracksplaylists and media love worldwide.The ‘Connexion’ EP will be available Friday April 17. In the meantime, “Reminisce” is out now and available on all streaming platforms.
—

For more information, go to www.facebook.com/Inertiasydney.