QUICKEST CLIMB TO NO. 1 ON BILLBOARD, SURPASSING SIX-WEEK ASCENTS FOR “NATURAL” & “BELIEVER” 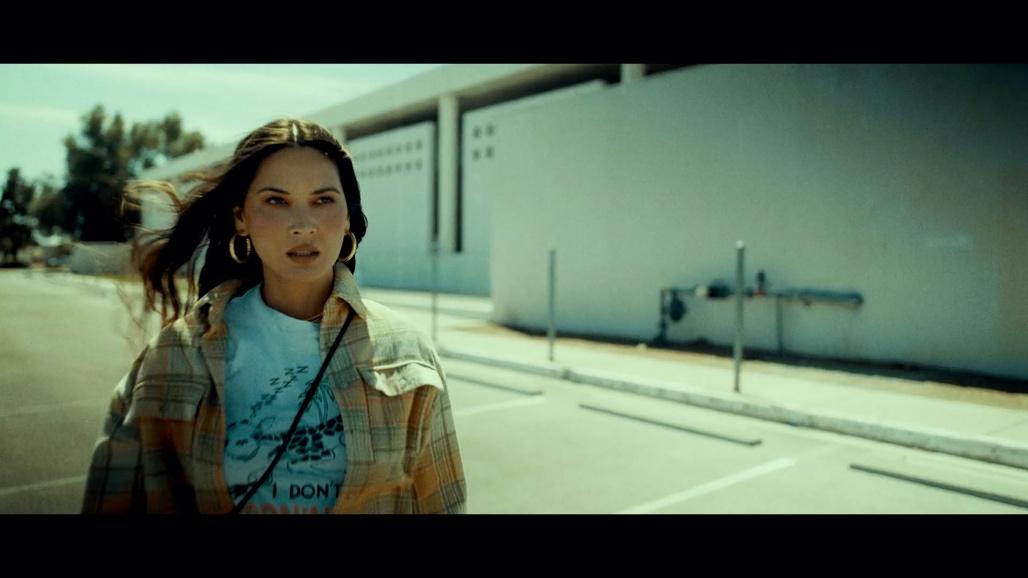 Directed by Matt Eastin and also featuring actor Adrian Martinez, the video sees Munn at the DMV. Finding herself in a constantly increasing state of agitation, the video is a parallel visual of the song’s thunderous and frenetic sonic build. The video made its broadcast premiere on MTV Live, MTVU and on the ViacomCBS Times Square billboard.

“Cutthroat” was released March 12 via KIDinaKORNER/Interscope. A propulsive, punk-leaning anthem about killing the critic inside of you, vocalist Dan Reynolds has called the song “an exorcism of self-pity.” The band recorded the song with producer Rick Rubin at his Shangri-La studio in Malibu.

Eastin previously directed the band’s music video for “Follow You,” which starred It’s Always Sunny in Philadelphia actors & real-life couple Rob McElhenney & Kaitlin Olson and included fantastical twists, romance and… some bare chests. The video was hailed “hilarious” by Rolling Stone and further praised by MTV News as “relentlessly self-ribbing, but it also showcases the band doing what they do at the top of their game.”

“Follow You” was released simultaneously with “Cutthroat” and recently reached No. 1 on both Mediabase’s Alternative Radio chart and Billboard’s Alternative Airplay chart following its consistent impact as most-added song each week since its release. It marked the band’s quickest ascent to the top of the Billboard chart, surpassing the seven-week climb for “Natural” in 2018 and eight-week climb for “Believer” in 2017.

The love song was written by Reynolds after getting back together and eventually re-marrying his wife after a 7-month separation a few years ago. The band most recently performed “Follow You” on The Late Show with Stephen Colbert – watch the performance HERE.

Billboard hails that the releases mark Imagine Dragons’ return “with soaring ambition intact,” calling “Follow You” a “song of devotion that aims to be bellowed by thousands in a festival field,” while “Cutthroat” “invites head-banging in line with its jittery, pseudo-industrial stomp.”

“Follow You” and “Cutthroat” mark the first new music from the GRAMMY®-winning, multi-Platinum band since their 2018 album Origins.

With 40 million albums and 50 million songs sold globally, as well as 60 billion combined streams, Imagine Dragons were the best-selling rock band of the 2010s, even as they were busy reinventing the genre. Billboard’s Top 3 rock songs of the decade belonged to the band – “Believer,” “Thunder” and “Radioactive.” Formed in 2009, Imagine Dragons developed a grassroots following with a series of independently released EPs before making their major label debut on KIDinaKORNER/Interscope with the 2012 EP Continued Silence. Night Visions, their 2012 full-length debut, entered the Billboard 200 at No. 2 and the lead-off track “Radioactive” topped Billboard’s Hot Rock Songs chart, won a GRAMMY for Best Rock Performance, and achieved RIAA Diamond status. 2015’s Smoke + Mirrors debuted at No. 1 on the Billboard 200. EVOLVE, which followed in 2017, earned a GRAMMY nomination for Best Pop Vocal Album and unleashed three No. 1 Alternative radio hits: “Believer,” the GRAMMY-nominated “Thunder” and “Whatever It Takes.” All three songs were also top 5 hits at Top 40 radio, with “Thunder” rising to the No. 1 spot. The band’s fourth album, ORIGINS, debuted atop Billboard’s Alternative Albums and Top Rock Albums charts and lead single “Natural” spent nine weeks at No. 1 at alternative radio and set the current record for all-time “most spins in a week” at the format.