THE SILVER SCREAM 2: WELCOME TO HORRORWOOD 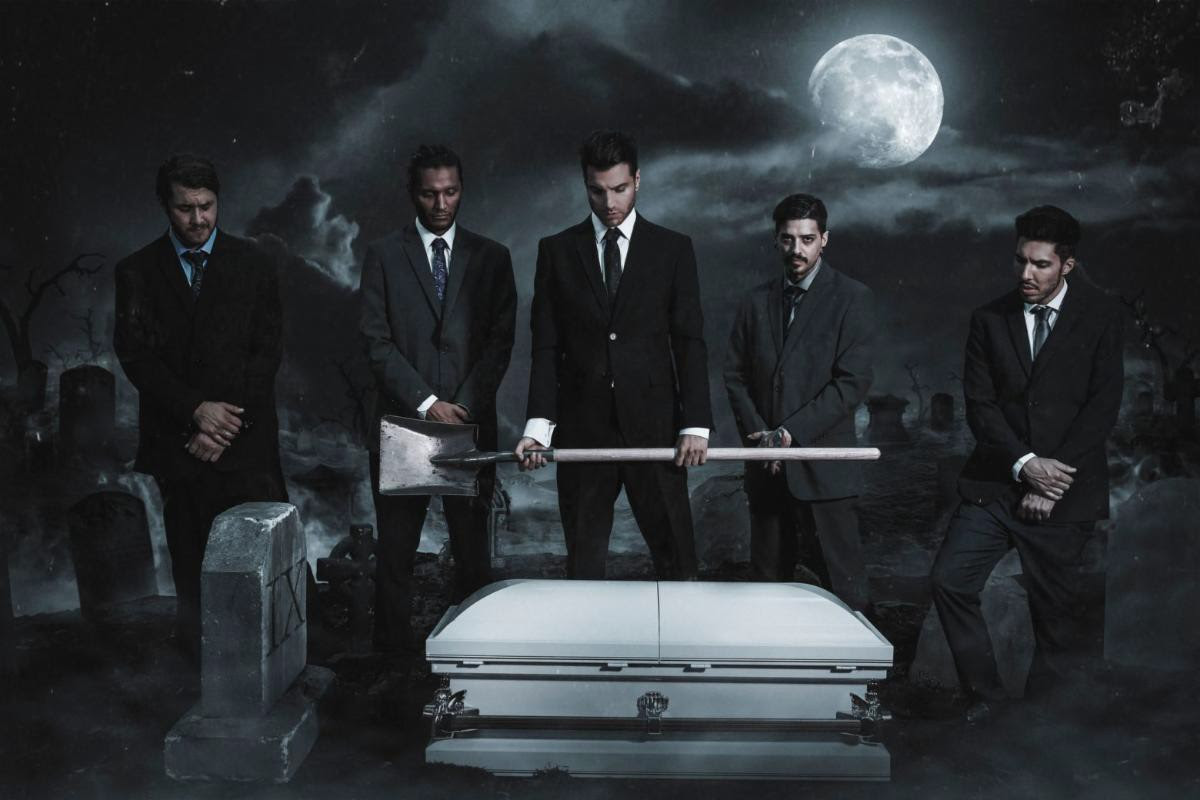 Friday, 15th October, 2021 – Psychos the world over can rejoice today as the brand new, full length offering from Slashercore icons, Ice Nine Kills is unearthed from its horrific, blood-soaked resting place. The highly-anticipated new album, ‘The Silver Scream 2: Welcome To Horrorwood‘ is out now via Fearless Records. Stream here
Like the undead slashers celebrated in their songs, Ice Nine Kills return with The Silver Scream 2: Welcome to Horrorwood, a sequel of gruesome movie-sized proportion to their No. 1 Billboard Hard Rock Album, The Silver Scream. Welcome to Horrorwood carves out a fresh, bloody homage to the VHS celluloid classics that possessed singer and driving creative force, Spencer Charnas at an early age, with a devilish new twist. Speaking on his band’s latest slab of horrifying brutality, Charnas shares

“True to horror franchise tradition, there is always a sequel! Our new album, ‘Welcome To Horrorwood’, follows in the bloody footsteps of its predecessor, paying tribute to some of the most gruesome tales to ever grace the silver screen.

I can’t wait to share this next chapter with you, and to welcome you to the sinister state of mind that will soon be known the world over as, ‘Horrorwood’…you’ll never make it in this town…” 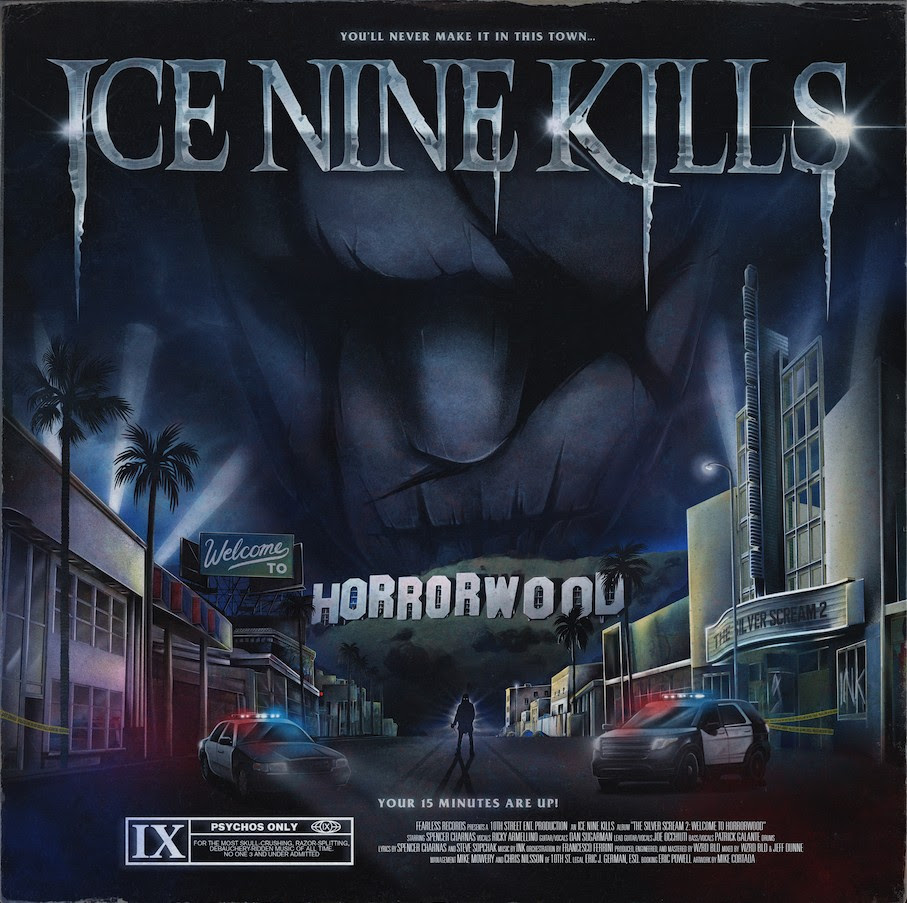 WZRD BLD (Emmure, A Day To Remember) produced The Silver Scream and returned for Welcome to Horrorwood. The album mixes the melodies, riffs, and wit that are the band’s signature, as heard in the Top 10 Mainstream Rock single “A Grave Mistake” and Top 20 hit “Savages.” Dan Sugarman (guitar & vocals), Ricky Armellino (guitar & vocals), Patrick Galante (drums), and Joe Occhuiti (bass & vocals) are the current co-conspirators behind Charnas, who founded the band as a teen in the early 2000s. Decadent, devious, and fiercely insane, Ice Nine Kills celebrate pop culture’s darkest edges, mining a cinephile library’s worth of iconic horror on The Silver Scream and The Silver Scream 2: Welcome To Horrorwood. The creative marriage made in hell of music and fiction began in earnest with the Top 5 Hard Rock album, Every Trick in the Book, which brought the previous three records’ themes to new levels.

The band’s synergy of music and lifestyle draws favorable comparisons to Slipknot and Rob Zombie. Visionary trailblazers and multimedia raconteurs, INK built a thrilling world for a growing legion of devoted true believers, with theatrical shows, high- concept videos, and inventive band-to-fan communion. Their wildly creative output has seen them become recent recipients of the prestigious Clio Award for Music Marketing for their “Merry Axe-mas” mobile game and their live streaming event from October 2020, The Silver Stream be nominated for 5 awards at this year’s Horror Hound Film Festival Awards in the categories of Judges Choice, Best Sound, Best Supporting Performance, Best Cinematography and Best Feature. With over 1.47 million monthly listeners on Spotify, 410 million career streams to date, a combined social media reach of over 950k and over 74 million views on YouTube, the band are firmly cemented as one of modern metal’s most vicious forces.