Search
Home
News
HOUSE OF SHAKIRA
RADIOCARBON
new album
out 06.12.19
[Frontiers]
pre-order / streaming link
https://radi.al/Radiocarbon
includes the single
DELUSION
video
‘Radiocarbon’ is the ninth studio album by Swedish melodic hard rock act House Of Shakira. With
Pontus Norgren (of Hammerfall) on production duties, it shows them operating at the top of their game.
Singer Andreas Novak states: “We are very proud to release this particular record with Frontiers.
We are certainly in good company, but what counts most is that ‘Radiocarbon’ is truly our strongest
and most substantial record ever. Also, thanks to the mighty Pontus Norgren for the outstanding
production job he did on this record. Hold onto your hats!”
Originally formed in Stockholm in the early 1990’s, House Of Shakira have a unique sound that stands
out amongst other bands in their genre as they craft melodic hard rock of the highest quality with vocals
that soar, melodies that rise and guitars that link everything together, making for a pleasurable listening
experience. The diversity of their music and lyrics means that the band do not fall under the standard
classification of hard rock and they have a truly cross-genre rock appeal. Their motto is “try every idea
with an open mind”, meaning that each member of the group contributes their personal musical ideas:
writing the lyrics, rhythm patterns, chord changes and crafting those special melodies.
The band is currently planning European tour dates for 2020.
RADIOCARBON
TRACKLISTING
1  Herd Instinct
2  One Circumstance
3  Not Alone
4  Radiocarbon
5  A Tyrant´s Tale
6  Delusion
7  Save Yourself
8  Sweet Revenge
9  Scavenger Lizard
10  Like A Fool
11  Falling Down
Produced by Pontus Norgren 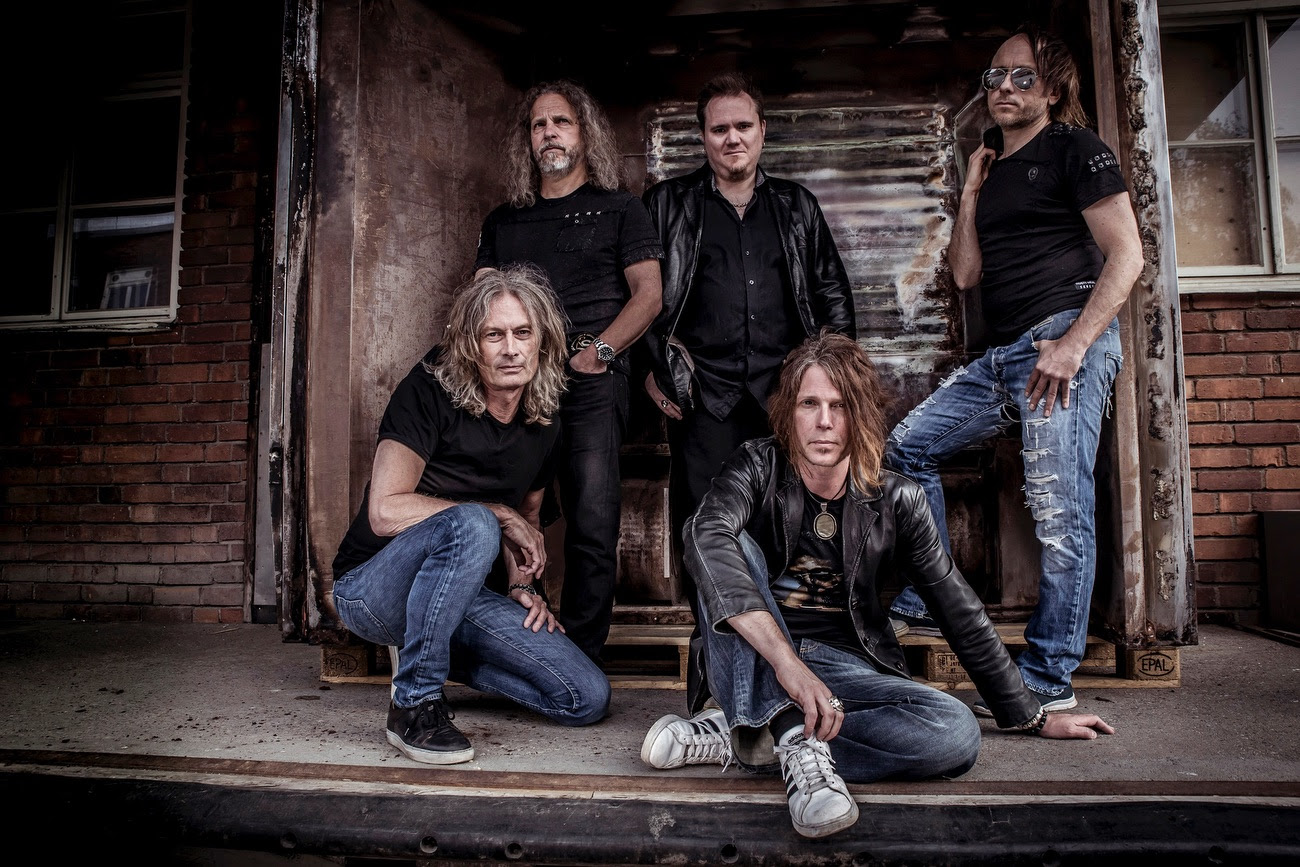 Per Schelander – bass, backing vocals, percussion
Mats Hallstensson – lead guitar, backing vocals, e-bow
Martin Larsson – drums
Andreas Novak – lead vocals, backing vocals, handclap…
Anders Lundström – guitar
houseofshakira.com
ABOUT FRONTIERS MUSIC SRL
Originally founded in Naples, Italy in 1996 by Serafino Perugino and his father Fernando as a
distribution company, Frontiers has developed into one of the premiere independent rock labels in the
world. Synonymous with quality music from across a broad spectrum of rock genres, the company has
worked with multiple genre heavyweights and fan favourites. Aside from providing a home for classic
artists from the 1970s and 80’s, it also boasts a wealth of young, up and coming talent that, with a savvy
and forward thinking A&R and marketing approach, will be developed into the future of rock and metal.
With a deep commitment to and passion for THE MUSIC and the artists who create it, plus massive
global distribution, sales, marketing and publicity channels, Frontiers is the premiere home for both
established and emerging rock artists.
Head Office: Naples, IT | U.S. Office: Nashville, TN
Subscribe to be alerted when new videos are added:
radi.al/SubscribeFrontiers
Follow the ‘Newest From Frontiers’ playlist on Spotify:
spoti.fi/1rQz5Zm