HOOKERS & BLOW release their self titled covers album on 23rd July, out on Golden Robot Records. 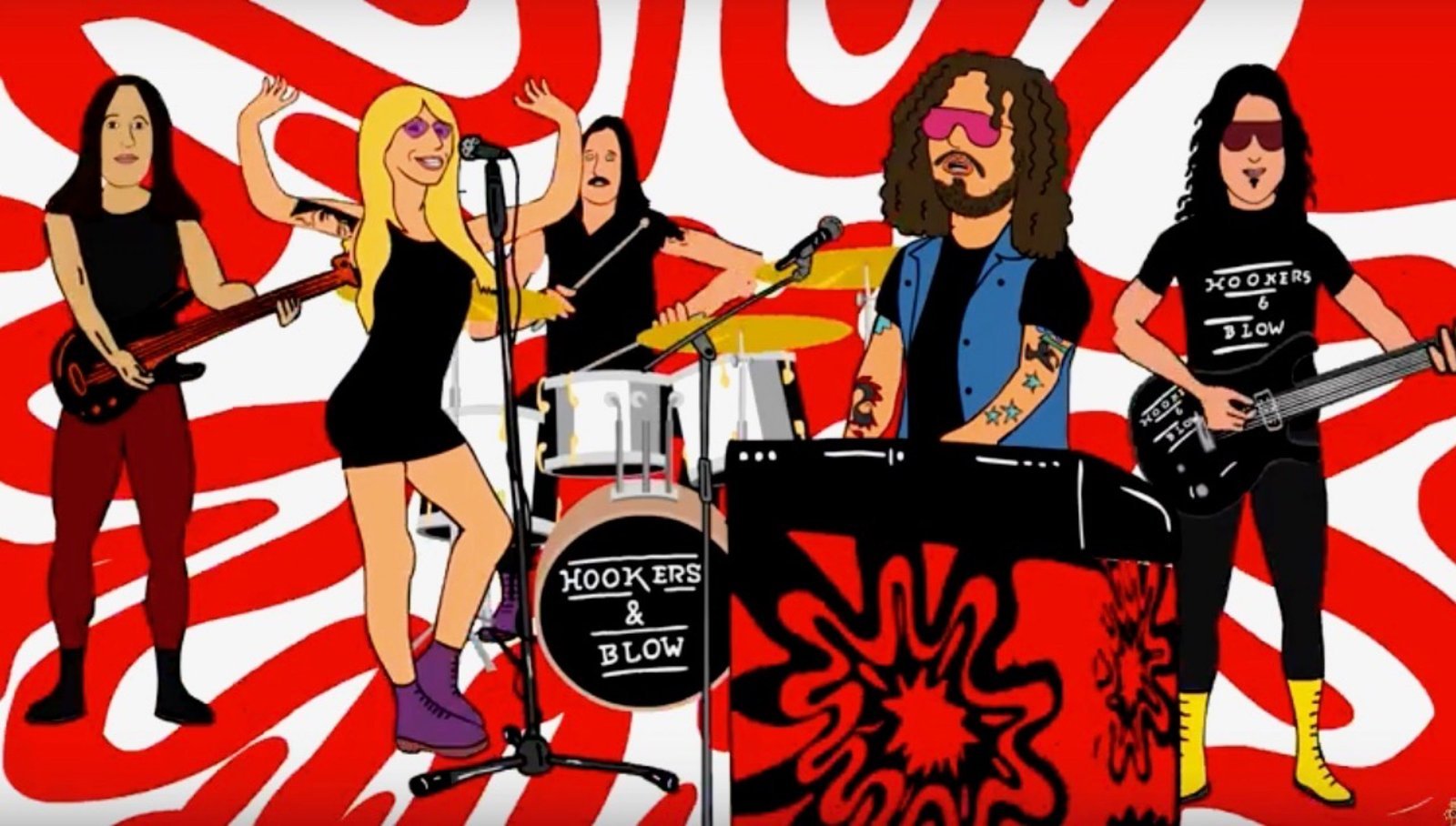 HOOKERS & BLOW release their self titled covers album on 23rd July, out on Golden Robot Records.

HOOKERS & BLOW originally formed in 2003 as an excuse to drink for free in Hollywood by long-time GUNS N’ ROSES keyboardist Dizzy Reed and QUIET RIOT guitarist Alex Grossi. In that time, the band have developed a legendary status on the famed Hollywood Strip, with some of the biggest names in rock joining them on stage! Now they are finally set to unleash their legacy for all to hear.

After teasing their fan base by releasing 5 singles in the lead up, HOOKERS & BLOW will release their self-titled debut covers album on the 23rd of July digitally, CD & Vinyl to be released on the 13th of August via Golden Robot Records.

Alex Grossi states, “If you had told me almost two decades ago when Dizzy and I first formed HOOKERS & BLOW that we would have evolved into what we are today, I would have said you were higher than we were, but here we are….”
“This record is really special on many levels,” continues Grossi. ”For us - as well as many of our long-time fans and friends. In many ways, it solidifies that we actually exist as a viable entity with an official and accurate documentation of the past 17 years. This isn’t just a collection of recorded covers, it’s a labour of love that we are truly proud of.”

“There it is. Take it.“  says Dizzy Reed. “We made the rock and you all brought the drinks to a thirsty band. This record is for the joy of rock ‘n’ roll music we all share and for the hope of more rock to come. And more drinks, I’m parched.”

ABOUT HOOKERS & BLOW
“Hookers & Blow may very well be the best cover band of all time, and certainly what America needs right now”  - HUSTLER MAGAZINE, March 2021.

HOOKERS & BLOW, originally formed in 2003 as an excuse to drink for free in Hollywood by long-time GUNS N’ ROSES keyboardist Dizzy Reed and QUIET RIOT guitarist ALEX GROSSI, had no idea that nearly 20 years later the band would see themselves slowly morph into what many in the industry simply refer to as “legendary” …
In addition to REED and GROSSI, HOOKERS & BLOW’S current line-up includes Johnny Kelly (Type O Negative, Danzig), Mike Duda (W.A.S.P.) and Nadja.
Over the past 15 years, HOOKERS & BLOW’s members have included Todd Kerns (Slash), Chip Z’ Nuff (Enuff Z’ Nuff), Mike Dupke (WASP), Scott Griffin (LA Guns) as well as comedian Don Jamieson of VH1’s “THAT METAL SHOW” among others.
In 2013 Hookers & Blow hosted two back to back highly successful residencies at the world famous Whisky A Go Go in Hollywood and in 2018 celebrated their 15th anniversary with two extensive tours headlining their own 25 city Holiday Hangover Tour in January, as well as supporting The Dead Daisies on their first headline trek of North America. This kicked off on the 15th of August in Cleveland, OH, and wrapped in Hollywood on September 16th with a sold out show at The Roxy Theatre in Hollywood, CA.
In early 2019 the band entered the studio to begin work on a cover record that, much like the bands itself, has taken on a life of its own. It is now being called one of the most highly anticipated records of 2021.
“Golden Robot Records truly get what Hookers & Blow is all about”  says Alex Grossi “So we have decided to go for it and are currently in the studio tracking an album of some of our favourite tunes, with some of our favourite people and just having FUN with it. We can’t fu**ing wait to share some of what we have planned for this thing.”
The band has tapped producer Alistair James who recently worked with Joe Perry and Johnny Depp on the newest Hollywood Vampires album.