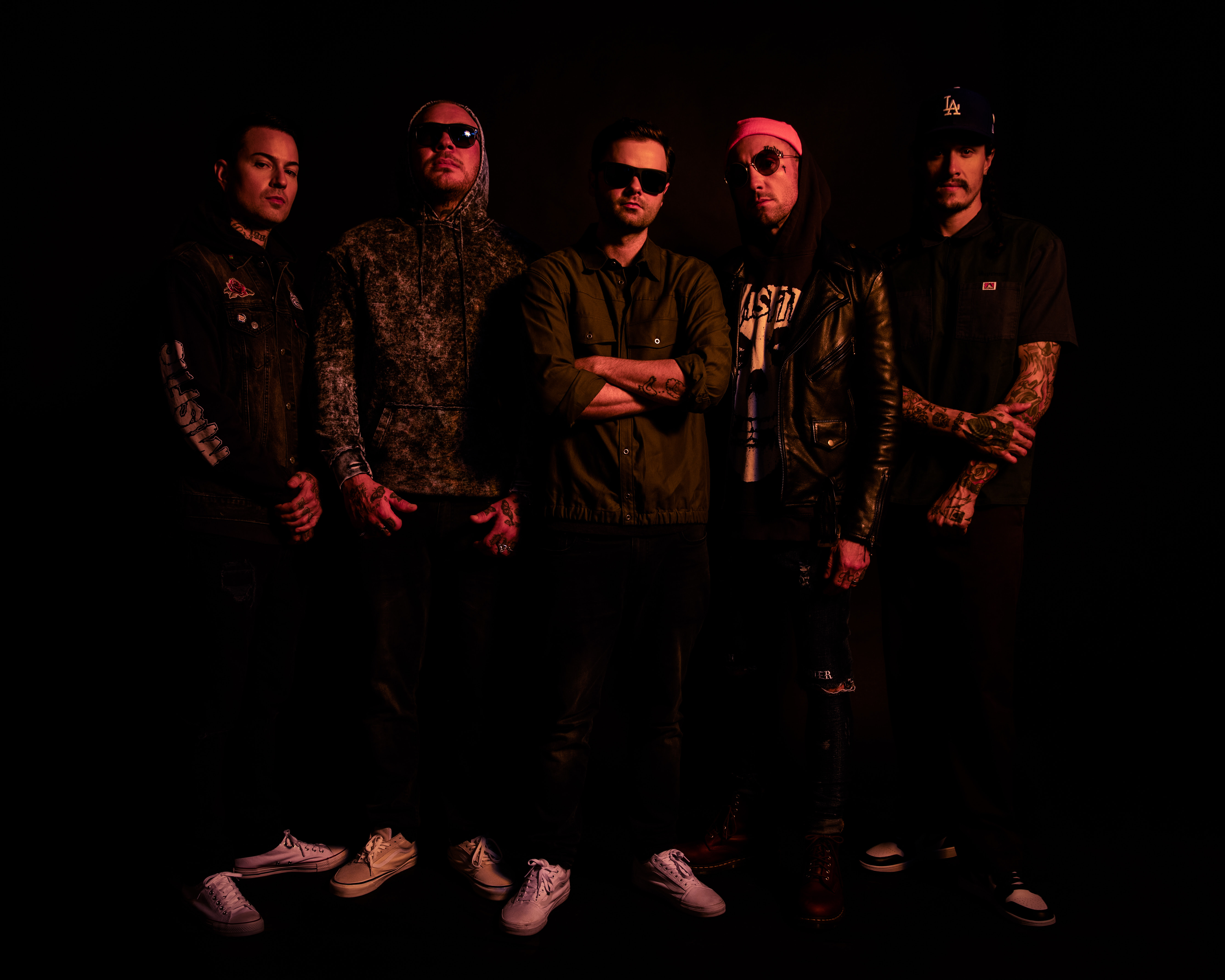 “It’s an explosive rock anthem,” says vocalist Danny (Murillo) recounting the new track, and affirming the group’s ability to create arena-sized hits that blend a variety of genres into the recognizable Hollywood Undead sound. He continues, “Humans can find pleasure in trying hurt you – when you take away that satisfaction an become immune to it, its empowering”

Since the release of Hollywood Undead’s RIAA platinum-certified 2008 debut album, Swan Songs, their distinctive and infectious music has incited a cult audience of millions of fans, resulting in sold out shows across the globe and huge festival appearances at Reading & Leeds, Rock am Ring, Rock on the Range, and more.

The band has shared the stage with Avenged Sevenfold, Korn, Stone Sour, and Cypress Hill, in addition to receiving nods in the press from the likes of Consequence of Sound, Billboard, Alternative Press, Rolling Stone, and Revolver. The quintet has also garnered massive mainstream appeal, with their 2011 sophomore record, American Tragedy, going gold and hitting #4 on the Billboard Top 200 chart. Their 2013 full-length, Notes From The Underground, seized the #2 spot, and in 2018, Hollywood Undead crossed 1 billion total global streams across their catalog.

The band tour Europe in February/March 2020 with PAPA ROACH, catch them at the following shows: