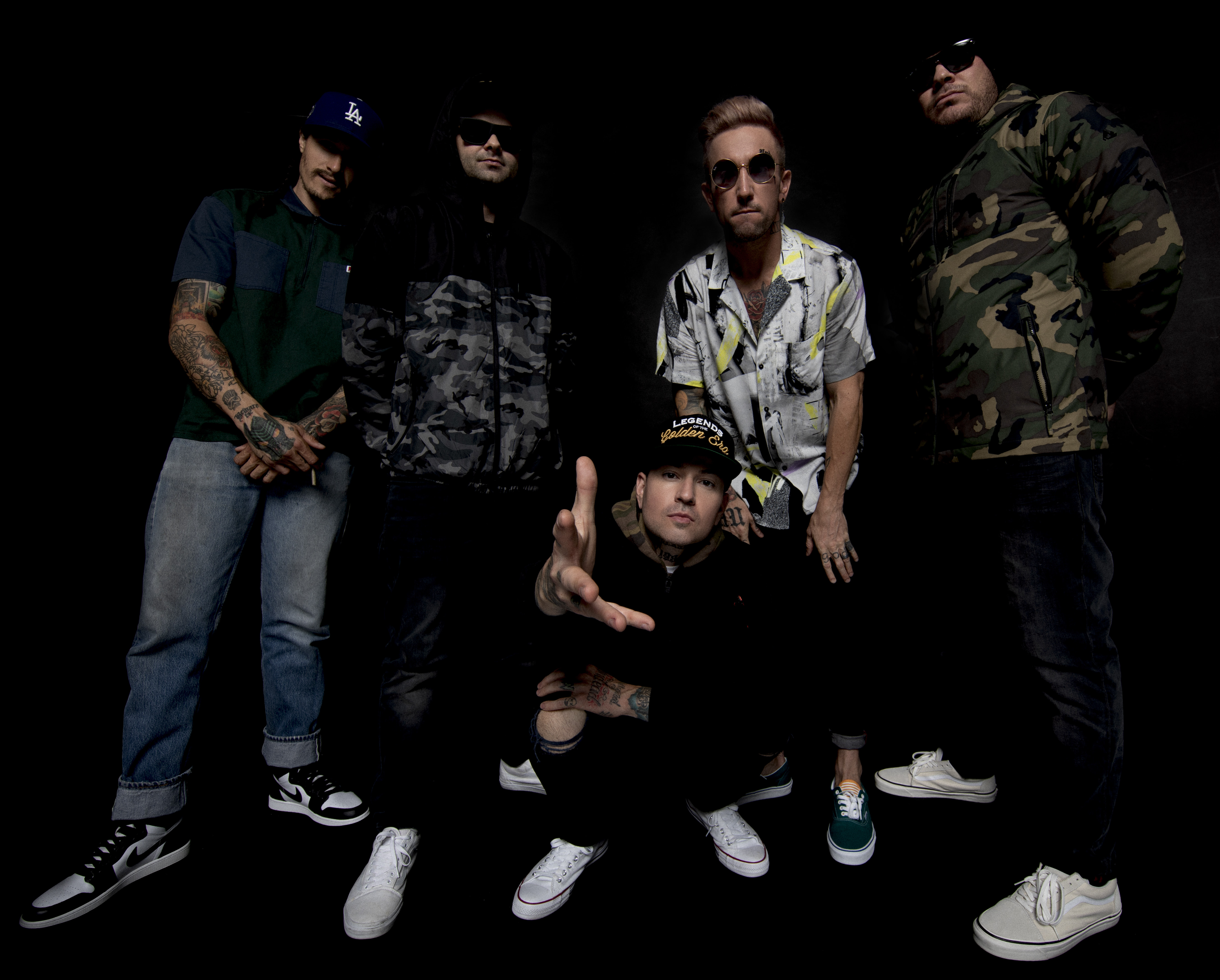 Platinum certified Los Angeles quintet, Hollywood Undead, have unveiled the official music video for Idol today. Featuring legendary rapper Tech N9ne, the official video sparks terrifying voodoo vibes as it depicts the dark side of fandom.Speaking on the new video, Johnny 3 Tears says:
“I think the video best represents the chaos and turmoil of the song itself. Organized and introspective. But something insidious always right below the surface.”
Idol is out now via BMG/Dove & Grenade Media.

Idol is the first track to be released from the upcoming Vol. 2 of Hollywood Undead’s two-part opus, New Empire, produced, by Matt Good (Asking Alexandria, Sleeping With Sirens). Since the track was released last month, it has already clocked up an impressive 1.7 million streams on Spotify and the lyric video has hit 616,000 views on YouTube.The first part, New Empire Vol. 1, was released back in February of this year and spawned hits Already Dead, Time Bomb, Heart Of A Champion and Nightmare to great acclaim with Consequence Of Sound claiming “New Empire Vol. 1 finds the band in a much heavier setting than usual”, Inc. Magazine stating “Fifteen years in, and in an industry where careers are often measured in months, [they’re] releasing a killer new album,” and Billboard asserting “Hollywood Undead shows no signs of slowing down.”They hit the road for a mammoth European tour with Papa Roach and Ice Nine Kills in support of Vol.1 but it was unfortunately cut short when the COVID 19 pandemic hit.