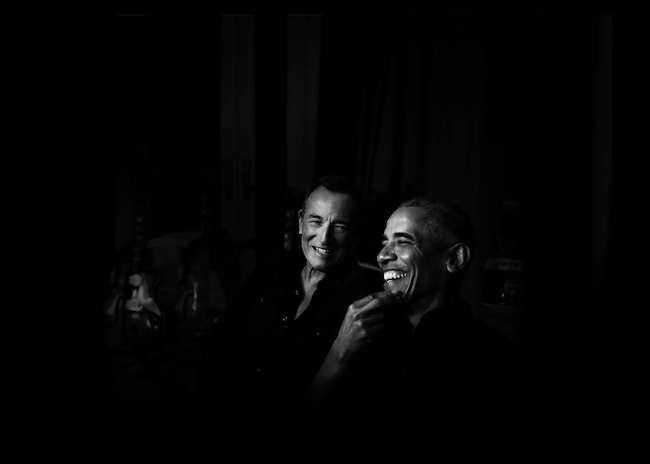 Renegades is an eight-episode podcast featuring President Barack Obama and Bruce Springsteen in deep and revealing conversation with each other, exploring a wide array of topics including race, fatherhood, marriage and the state of America. It is a personal, in-depth discussion between two friends exploring their pasts, their beliefs and the country that they love—as it was, as it is, and as it ought to be going forward.

Starting today, the first two episodes will be available exclusively to the hundreds of millions of Free and Premium Spotify users around the world.

President Obama and Bruce Springsteen have formed a deep friendship since they first met on the campaign trail in 2008. Now, for the first time ever, Higher Ground and Spotify invite listeners to eavesdrop as they discuss their hometowns and role models, explore modern manhood and confront the painfully divided state of America today and how we can all move forward together. The eight-episode series will bring listeners a groundbreaking, music-rich dialogue between the former President and one of America’s most iconic artists.

President Barack Obama’s introduction of the first episode of the podcast: “How did we get here? How could we find our way back to a more unifying American story? That topic came to dominate so many of my conversations last year – with Michelle, with my daughters and with friends. And one of the friends just happened to be Mr. Bruce Springsteen. On the surface, Bruce and I don’t have a lot in common. But over the years, what we’ve found is that we’ve got a shared sensibility. About work, about family and about America. In our own ways, Bruce and I have been on parallel journeys trying to understand this country that’s given us both so much. Trying to chronicle the stories of its people. Looking for a way to connect our own individual searches for meaning and truth and community with the larger story of America.”

Dollar Shave Club and Comcast will serve as the first season’s presenting sponsors in the United States.

Episode 1: Outsiders: An Unlikely Friendship – President Barack Obama and Bruce Springsteen discuss the making of an unlikely friendship, growing up as outsiders.

Episode 2: American Skin Race in the United States – President Obama and Bruce reflect on their early experiences with race and racism and the uncomfortable conversations we need to have.

For more on Renegades: Born in The USA including an exclusive preview of the upcoming series please visit spoti.fi/HigherGround

About Higher Ground
Higher Ground, founded by President Barack Obama and Michelle Obama, is focused on telling the stories that embody the values the Obamas have championed throughout their lives. Higher Ground produces scripted films, TV series, children’s programs and documentaries exclusively with Netflix, and podcasts exclusively with Spotify.  Its first release American Factory won the 2019 Academy Award for Best Documentary Feature, and its first podcast, The Michelle Obama Podcast, was the biggest Spotify Original in history.

About Spotify
Spotify transformed music listening forever when launched in 2008. Their mission is to unlock the potential of human creativity by giving a million creative artists the opportunity to live off their art and billions of fans the opportunity to enjoy and be inspired by these creators. Everything they do is driven by their love for music and podcasts.

Discover, manage and share over 50 million tracks, including more than 1 million podcast titles, for free, or upgrade to Spotify Premium to access exclusive features for music including improved sound quality and an on-demand, offline, and ad-free listening experience.

Today, they are the world’s most popular audio streaming subscription service with a community of more than 345 million users, including 155 million Spotify Premium subscribers, across 93 markets. 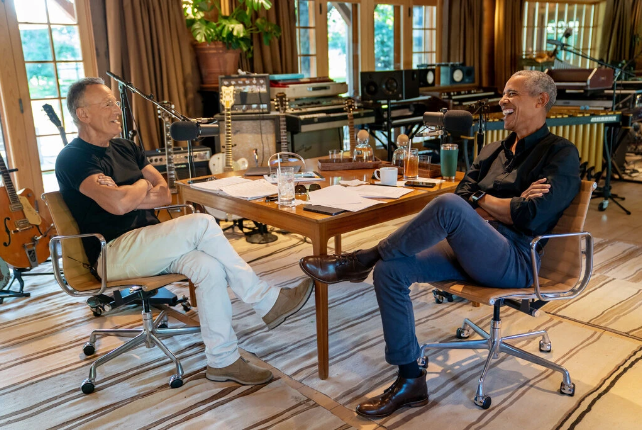