Hey, King! Shares Video For Cover of The Animals’ “We Gotta Get Outta This Place” Feat. Eric Burdon + Ben Harper

Rolling Stone Premieres Hey, King! Video for Their Cover of Animals’ Song “We Gotta Get Out Of This Place” Feat. Eric Burdon + Ben Harper

“We Gotta Get Out Of This Place” Filmed and Recorded at Capitol Studios, Available On Hey, King!’s Debut Be Still EP 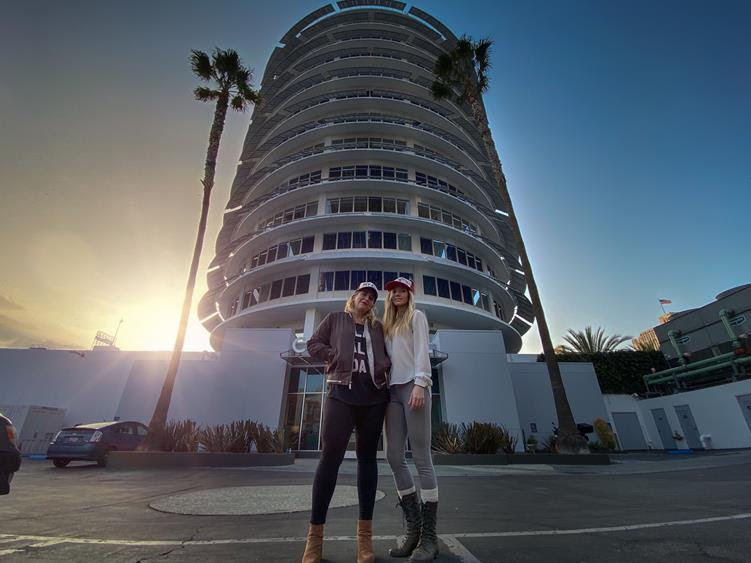 Yesterday Rolling Stone premiered the video for Hey, King!’s Animals’ tribute, “We Gotta Get Out Of This Place” featuring Eric Burdon and Ben Harper. Watch it HERE.

“The cover finds Burdon in fine form as he unleashes his perennially potent wail alongside vocals from Hey, King’s Natalie London and Taylor Plecity,” said Rolling Stone. The video showcases footage from the recording session at the legendary Capitol Studios for the song which is included on the band’s debut EP, Be Still, released on August 28th via ANTI- Records.

Hey, King!, Natalie London and Taylor Plecity, have long been fans of Burdon and the song. When it was suggested they add a cover song to their debut EP, this song was the natural choice. Through a relationship with the band’s management and Ben Harper, who produced their EP, Burdon was invited to the studio for the recording session. The hope was just to get his blessing but he delighted them by jumping in and singing.

Burdon recalls, “So there I was, walking the revered hallowed halls of Capitol Records, following the footsteps of Ray Charles, Frank Sinatra, The Beatles and many other luminaries of music. As I approached Studio B, I heard the girls playing the familiar melody of ‘We Gotta Get Out of This Place.’ Their energy and enthusiasm reverberated throughout the tracking room, and with Ben at the wheel in the control room, all I had to do was step up to the microphone and lay down the track. What an inspirational place to be in. Glad to revisit a song which is as relevant today as when I first recorded, given a fresh breath of youth and vitality!”

London explains, “The cover is a medley that gives nods to four of our favorite Animals tracks so I was nervous to hear what he would think of my arrangement, but he was all in. I couldn’t believe how game he was at the studio, even jumping in on the group vocals with Ben and the rest of our band. When Eric got behind the mic for the first time I think everyone in the studio blacked out a little. His voice is as legendary and powerful in person as any recording I’ve ever heard.”

“Recording at Capitol Records with Eric Burdon was an experience I can’t find words for, like when you’re reading a good book and you feel as though time just melts away, with each word you read you connect not only with the author, but all others who have read the same words you’re reading in that same moment,” Plecity adds. “Capitol Records is timeless, and playing music there you could feel the presence of everyone that has walked those halls before you.”

Harper recounts, “Hey, King! have the vocal and instrument chops to record swiftly while nailing it, which as producer, was a dream. The sessions for the record flew by too fast, so when I got word we were going back into Capitol Studios and with friend and hero of mine Eric Burdon, I knew it would be lit. Eric’s voice is so powerful, you could record him from the corner of Hollywood and Vine, but witnessing him singing in that legendary environment, and getting to sing with him, as well as with Natalie and Taylor, was as good as it gets. I’m glad we have it on record so that I can relive this life affirming experience.”

Ben Harper has been Hey, King!’s biggest champion, taking them on the road and then producing Be Still. Working with Harper in the studio then evolved into a full-length album which will be coming out on ANTI- in 2021. The EP’s four original songs – “Half Alive”, “Sing Me To Sleep”, “Don’t Let Me Get Away” and “Lucky” – are powerful and humanity affirming. London and Plecity’s debut songs, show their love for each other and their craft is tangible. Hey, King! evokes the exuberance of Arcade Fire, the freewheeling simplicity of Tom Petty, and the wit-filled resonance of Fiona Apple.

Praise for ‘Be Still’

” ‘Be Still’ is lilting and sometimes haunting, with meandering melodies reminiscent of Throwing Muses (“Half Alive”), shouty indie rock (“Don’t Let Me Get Away”) to the orchestral and pastoral (“Lucky”), showing different shades of who Hey, King! Are.” – American Songwriter

“The pair, made up of partners Natalie London and Taylor Plecity, sing a lo-fi, heartfelt song to one another about finding their love at a time when they needed it most” – Billboard 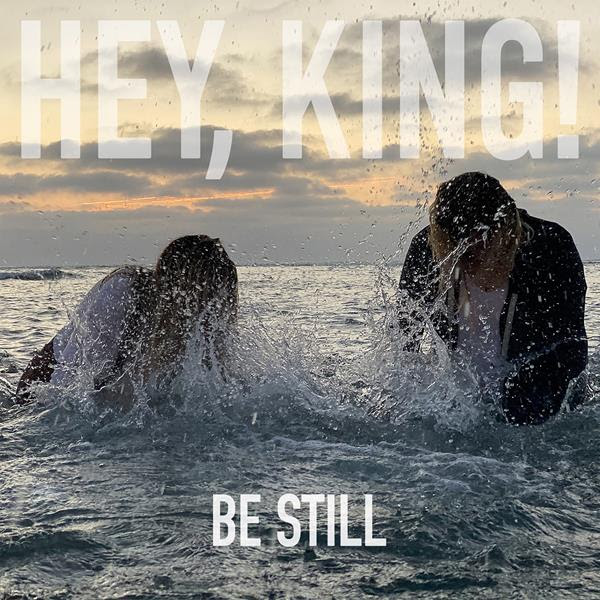 Be Still is out everywhere at https://heyking.ffm.to/bestill