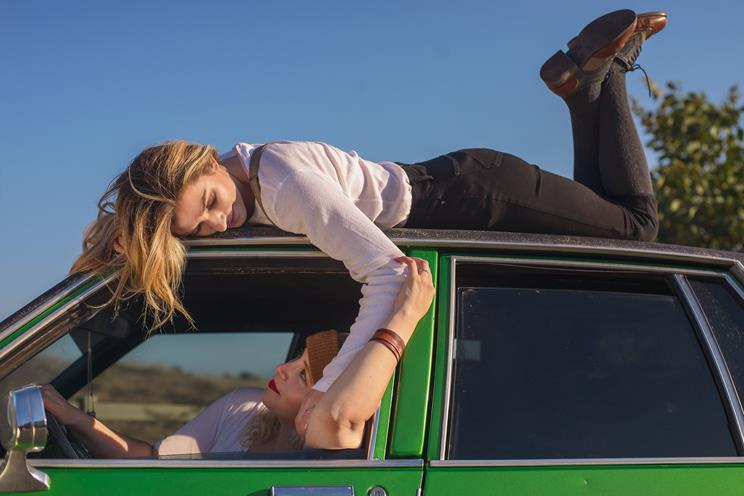 WATCH VIDEO FOR DEBUT SINGLE “DON’T LET ME GET AWAY”

Today Hey, King! has released their second single since signing to ANTI- Records, a passionate and string-filled track called “Lucky”. With a new lyric video featuring home movie footage of the band members as children with their families, listen to it HERE.

Hey, King! is comprised of songwriter, vocalist, and multi-instrumentalist Natalie London and her partner, vocalist and percussionist Taylor Plecity. A high-spirited eight piece orchestral band when playing live, Hey, King! has the exuberance of Arcade Fire, the freewheeling simplicity of Tom Petty and the wit-filled resonance of Fiona Apple.

“Lucky” proves how both compelling and explosive their sound can get. Plecity explains the track: “We want to make music that we feel our younger selves needed to hear. With ‘Lucky’, we wrote what we’d want to say to ourselves during the times where our lives were the hardest, and tell that child it is going to be okay.” The two sing, “Let me go, let me go back and tell me / ‘I’ll survive and say someday you will find me.” It’s a spellbinding and powerful moment, complete with a vivid horn section and a hair-raising chorus. It’s the kind of song that feels like an anchor, one where you’re supported and loved by the people walking alongside you.

“I hope people can hear this song both as a love song and as a song about finding the hero in your future self, depending on the day it really still means either to me,” London explained. “When you are in your darkest hour there is someone waiting for you at the other end and this song is about opening that communication between the future and the pain. It is about the yearning to go back to yourself and let you know you are not alone.”

Hey, King! released their debut single “Don’t Let Me Get Away” with an accompanying music video in April; watch it HERE. The band’s 2021 debut album will be produced by Ben Harper, who has been Hey, King!’s biggest champion since the moment he first discovered them through a mutual friend. Harper brought them into Sheldon Gomberg’s Silver Lake studio and what began as an EP has evolved into a full length album. Harper also brought them on the road with him, where they were the opening act on multiple Ben Harper and the Innocent Criminals international tours.