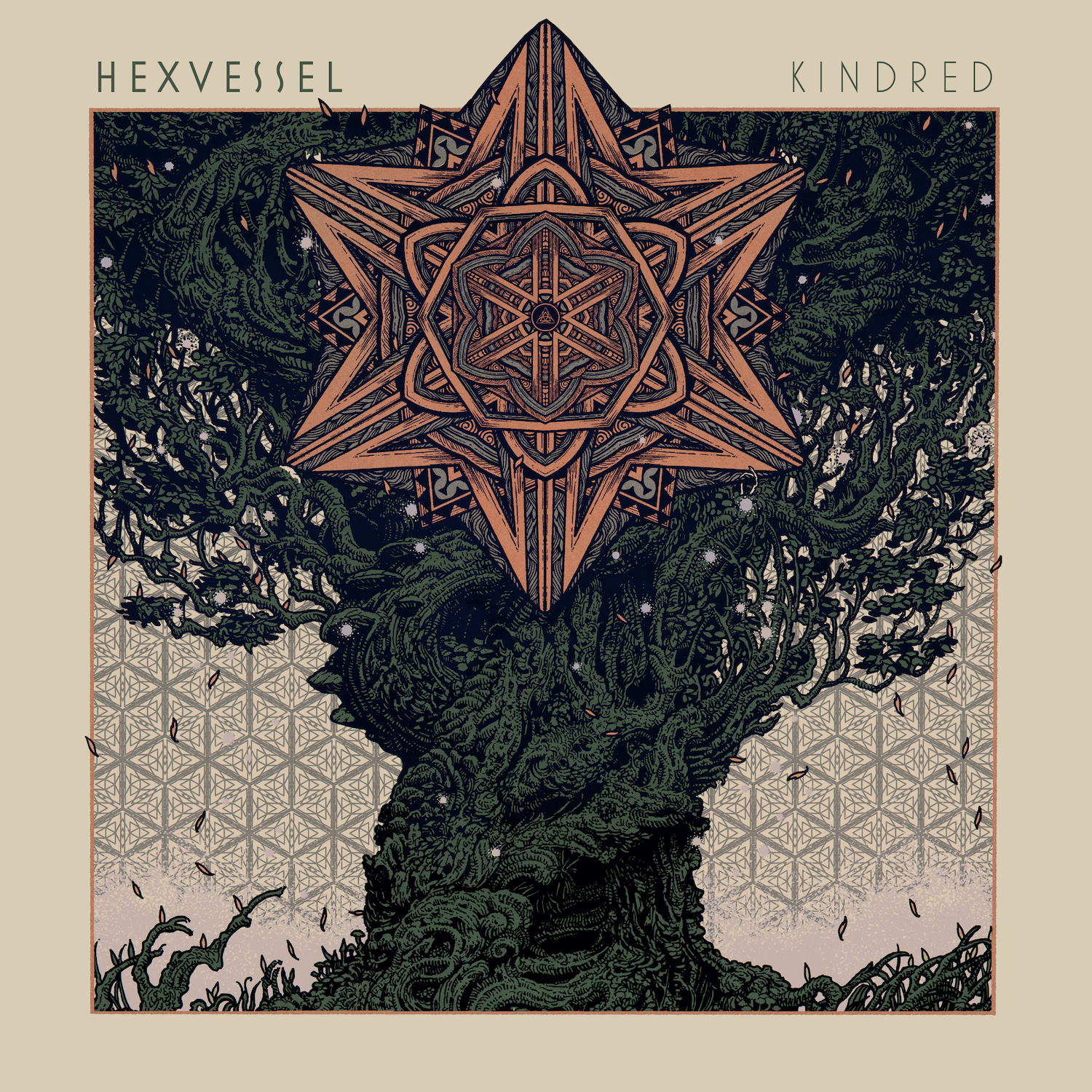 First formulated by Lovelock during the 1960s as a result of work for NASA concerned with detecting life on Mars, the Gaia hypothesis proposes that living and non-living parts of the Earth form a complex interacting system that can be thought of as a single organism.

Hexvessel’s ‘Billion Year Old Being’ is therefore an earth spirit or an ancient god-form of our living home, the earth, a musical song of praise for Gaia. Epic in structure and stature, with music written by guitarist Jesse Heikkinen, ‘Billion Year Old Being’ is Hexvesselhewing their way back to their progressive and monumental earth-roots as never before, as if something new has been slipped into their tea, throwing fuzz filled riffs and cascading organs down a fresh rabbit-hole in a Mahavishnu Orchestra, Pink Floyd, Bo Hanson kinda way.

“For us there’s only one temple. Be All and End All. There’s only one religion and one spirit that takes on many forms, and that is the planet earth. This is a deep-earth rock spell, telling your reality tunnel to go fuck itself. Listen, descend, dissolve.”

The video for ‘Billion Year Old Being’ was entirely shot and edited by Hexvessel bass-player Ville Hakonen on their recent tour of Europe, in sacred hotel rooms, holy aquariums and other ancient places of important magnetic resonance, across hundreds of kilometers of open highways and debauched evenings.

Psychedelic forest folk-rockers Hexvessel will release their new nature-mystic opus, Kindred, via Svart Records on the 17th of April 2020.  Taking a darker and more esoteric path, Kindred sees Hexvessel re-forge their eclectic melting cauldron or “vessel” of sound into a potent “hex” of spell-binding songcraft.

Blues-laden psych-rock and progressive structures harken back to King Crimson, giving way to dark earthen balladry reminiscent of early Nick Cave and the doom-laden atmospheres of Dead Can Dance. The band returned to their original studio in Tampere, Finland, where they recorded their cult classic No Holier Temple, which fused Hexvessel’s folk roots with an occult undercurrent, with the new album mastered by John Davis (The Killers / Gorillaz / Led Zeppelin / Lana Del Rey) in the UK.

Through Kindred’s 10 song rites of passage, Hexvessel cover Coil’s Fire Of The Mind live from a mental institution and delve into the Druidic sacrificial swamps with songs like Bog Bodies, which conjures the deep Lynchian night  with muted trumpet and foggy rhodes piano. Adorned by cover artwork by artists Thomas Hooper (who has worked for Neurosis, Converge and Doomriders) and Richey Beckett (who has created work for Metallica, Foo Fighters, Robert Plant), Kindred is an album which calls you on a journey, both intimate and richly enlightening.

Kindred is Hexvessel’s 5th album, and a return to Svart Records, where they released their debut album Dawnbearer to critical and cult acclaim 10 years ago. Hexvessel was formed by English/Irish singer/songwriter Mat McNerney in 2009 after he moved to Finland. Also known for his work with Beastmilk (now known as Grave Pleasures), The Deathtrip, guest spots with Carpenter Brut and Me & That Man and his earlier work with Norwegian Black Metal bands Code & Dødheimsgard, McNerney is a both highly eclectic and critically acclaimed musical artist. Across the years, it is McNerney’s work with Hexvessel which has been his most brave, exploratory, honest and impossible to categorise, unique and idiosyncratic in a world all of their own.

Hexvessel have been previously nominated for 2 Finnish Emma (Grammy) awards, 2 Metal Hammer awards and 3 Prog Magazine awards, winning 2 Finnish Femma awards and landed several times in both the national and alternative charts Finland. Brooklyn Vegan said of the band’s dark ‘forest folk’, “They’re way too accessible to be as niche as they are” and as Noisey puts it, “Weaving English folk, lilting Americana, and mushroom-induced psychedelia, Hexvessel are The Doors misplaced and found wandering the vast forests of Finland.” 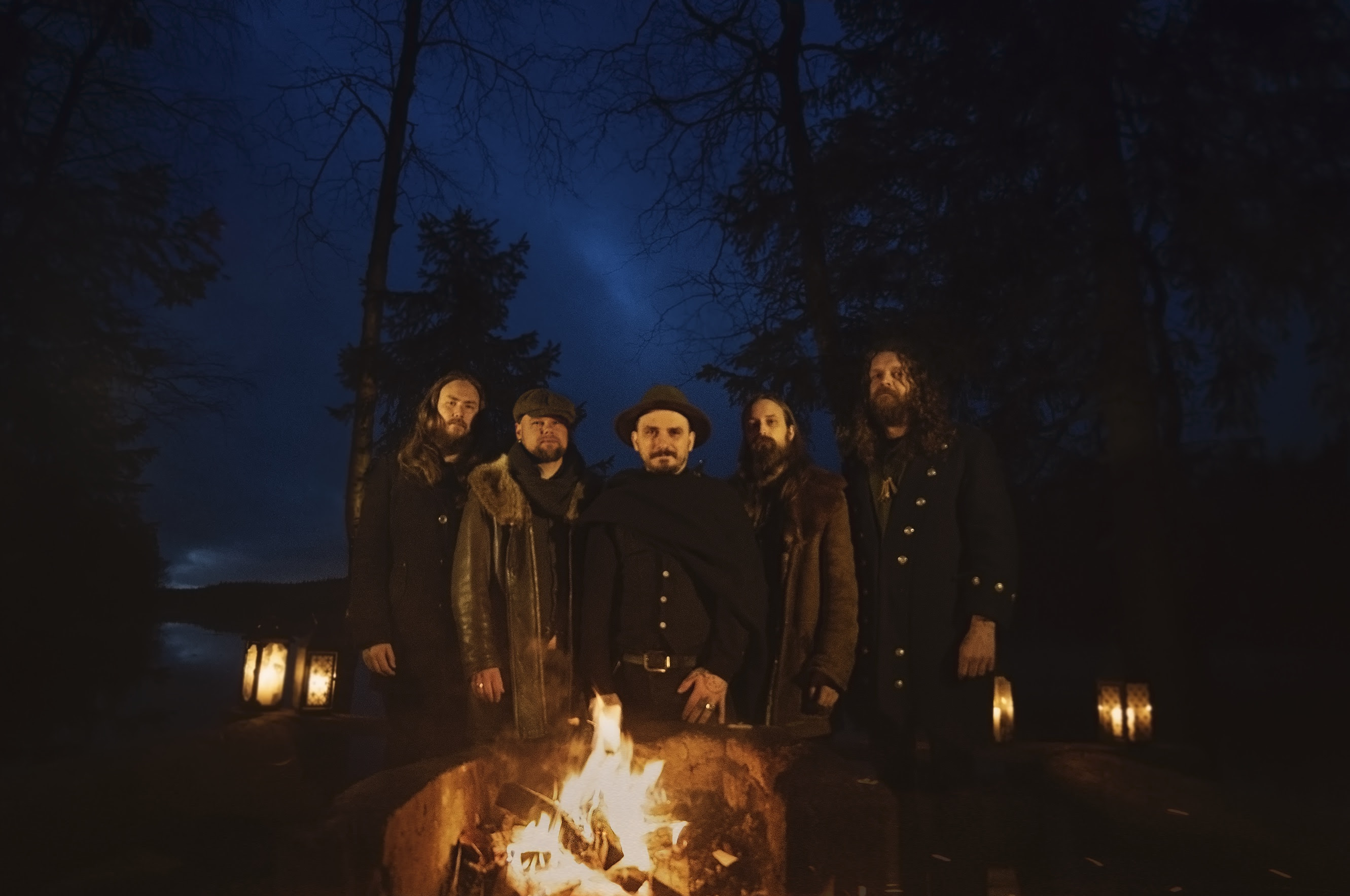 Kindred will be released on the 17th of April 2020 worldwide via Svart Records, digital, CD and LP.

Hexvessel’s upcoming live dates are as follows (with more TBA):