pre-order link
https://orcd.co/herchariotawaits
includes the single
DEAD & GONE
video
youtu.be/bYiqpYJk6y0
Her Chariot Awaits is a new hard rock/metal group featuring the highly regarded Spanish singer Ailyn
(ex-Sirenia) and the awesome American guitarist and producer Mike Orlando (Adrenaline Mob).
Having signed to Frontiers last autumn, the band’s self-titled debut album will be released on 10th April.
Of its first single, ‘Dead & Gone’, Ailyn states that “it tells a story in the first person of how it feels
to have been neglected and abandoned by somebody, in this case a biological father. It’s about
the words the character, a woman, wants to express to make him realise how he made her feel, and
in a way put an end to that chapter in her life and be able to move on.”
On the writing of the song, Orlando adds: “it came together musically starting with the verse guitar parts
and the heavy bridge/solo section. From that point everything fell into place as I wanted the chorus to
drop more into a slower half time groove. Lyrically, it started as a letter from my girlfriend Dana regarding
her biological father. I then turned the basis of what she was trying to say into a more streamlined story
and added a chorus and some key sections. A true story brought to life in a song and a powerful
message that Ailyn has delivered wonderfully.”
He continues: “We had a great time shooting the video over the course of a few days. It takes place in
multiple locations, which included an old Victorian style home and a beautiful modern farmhouse style
home. Ailyn plays the part of a daughter who feels neglected and abandoned by her father. The video
ends up outside with the band performing around a raging fire pit in an attempt to rid herself of all the
memories and pain and move on. The final moment being encompassed by her tossing dirt on the
flame, putting an end to the story and walking away.”
This exciting new musical alliance came about through the vision of Frontiers, who put the two
artists – each eager to create a new and exciting project – in touch. The pair gelled well, creating an
album that will excite lovers of technical, aggressive, modern and catchy heavy music. Melding the
well defined metal approach of Adrenaline Mob with more melodic hooks, Her Chariot Awaits
showcases the incredible vocal talents of Ailyn. Here, she moves in a heavier and more
straightahead direction when compared to her previous band.
Says Ailyn: “After a two year break from the scene, I am pleased to announce my new collaboration
with Mike. I’m very honoured and thankful to be part of it. I’m looking forward to everyone learning
about this new adventure, which has allowed me to experiment and explore a new side to my
singing, working together with a great musician. Her Chariot Awaits is a new step forward in my
music career and I can’t wait to share the beginning of this journey with you.”
Orlando adds: “It was a pleasure to write and perform an album with a singer like Ailyn with music
that is geared more towards the commercial side of rock. Ailyn has a beautiful voice and was great
to work with in and out of the studio, as was Jeff Thal on drums! I’m very happy with how the album
is coming out. It’s a great collection of hard hitting yet melodic commercial rock tracks, which I hope
you will all enjoy.”
The album is a remarkable union of two great artists who still have a lot to prove, and is going to leave
listeners breathless!
HER CHARIOT AWAITS
TRACKLISTING
1  Misery
2  Dead & Gone
3  Screaming Misfire
4  Stolen Heart
5  Constant Craving
6  Say No
7  Line Of Fire
8  Turning The Page
9  Take Me Higher
10  Just Remember
11  Forgive Me Dear
Written, produced & mixed by Mike Orlando 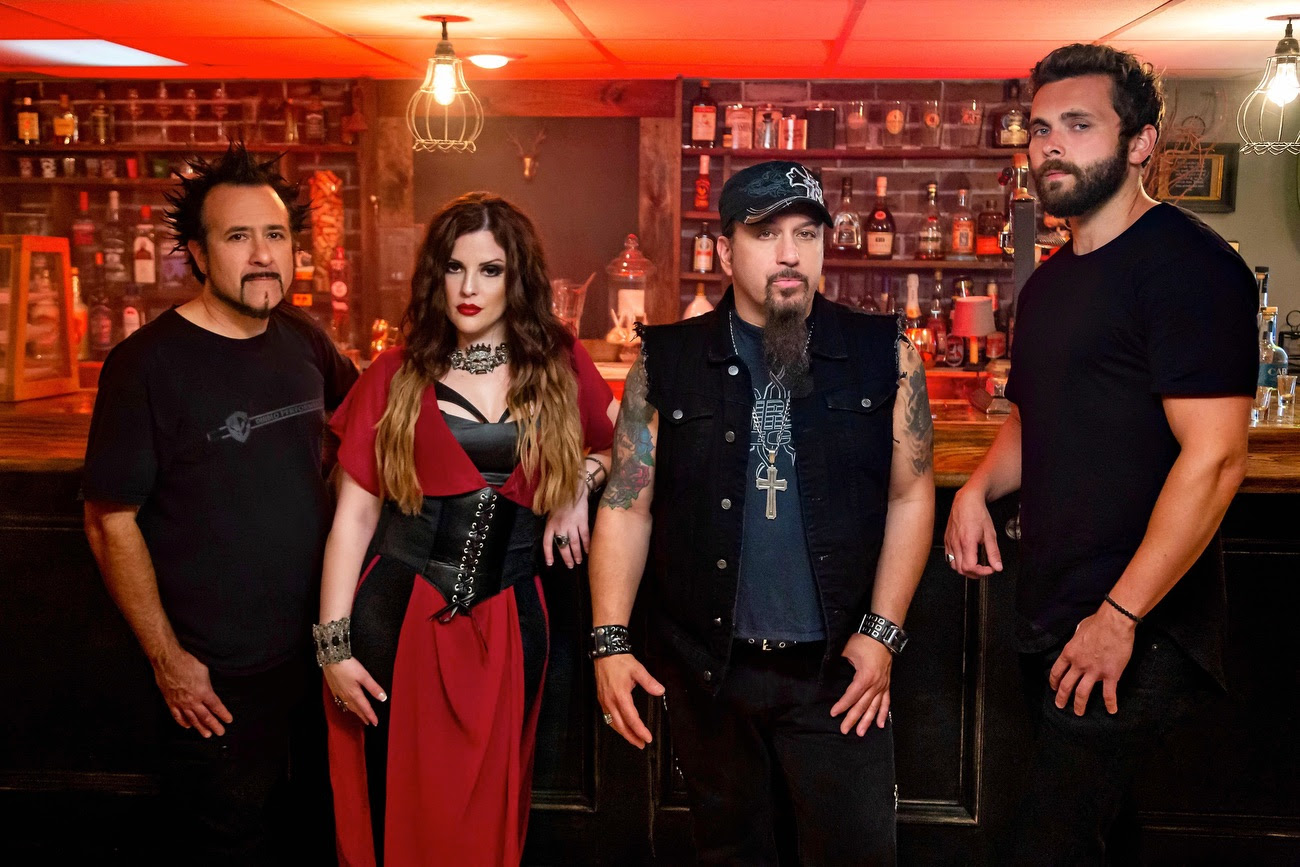 HER CHARIOT AWAITS
Mike Orlando – guitars, bass, additional vocals
Ailyn – lead vocals
Jeff Thal – drums
Brian Gearty – bass
facebook.com/HerChariotAwaits
facebook.com/ailyngimenezgarcia
instagram.com/ailyn_gimenez_garcia
facebook.com/mikeorlandomusic2
instagram.com/mikeorlandomusic
ABOUT FRONTIERS MUSIC SRL
Originally founded in Naples, Italy in 1996 by Serafino Perugino and his father Fernando as a
distribution company, Frontiers has developed into one of the premiere independent rock labels in the
world. Synonymous with quality music from across a broad spectrum of rock genres, the company has
worked with multiple genre heavyweights and fan favourites. Aside from providing a home for classic
artists from the 1970’s/80’s, it also boasts a wealth of young, up and coming talent that, with a savvy
and forward thinking A&R and marketing approach, will be developed into the future of rock and metal.
With a deep commitment to and passion for THE MUSIC and the artists who create it, plus massive
global distribution, sales, marketing and publicity channels, Frontiers is the premiere home for both
established and emerging rock artists.
Head Office: Naples, IT | U.S. Office: Nashville, TN
Subscribe to be alerted when new videos are added:
radi.al/SubscribeFrontiers
Follow the ‘Newest From Frontiers’ playlist on Spotify:
spoti.fi/1rQz5Zm