“FROM THE GROUND UP”

OUT NOW – STREAM ON ALL SERVICES NOW

TAKEN FROM A NEW LOCKDOWN MIXTAPE:
‘GOLDEN DIRT’ – OUT LATER THIS SPRING 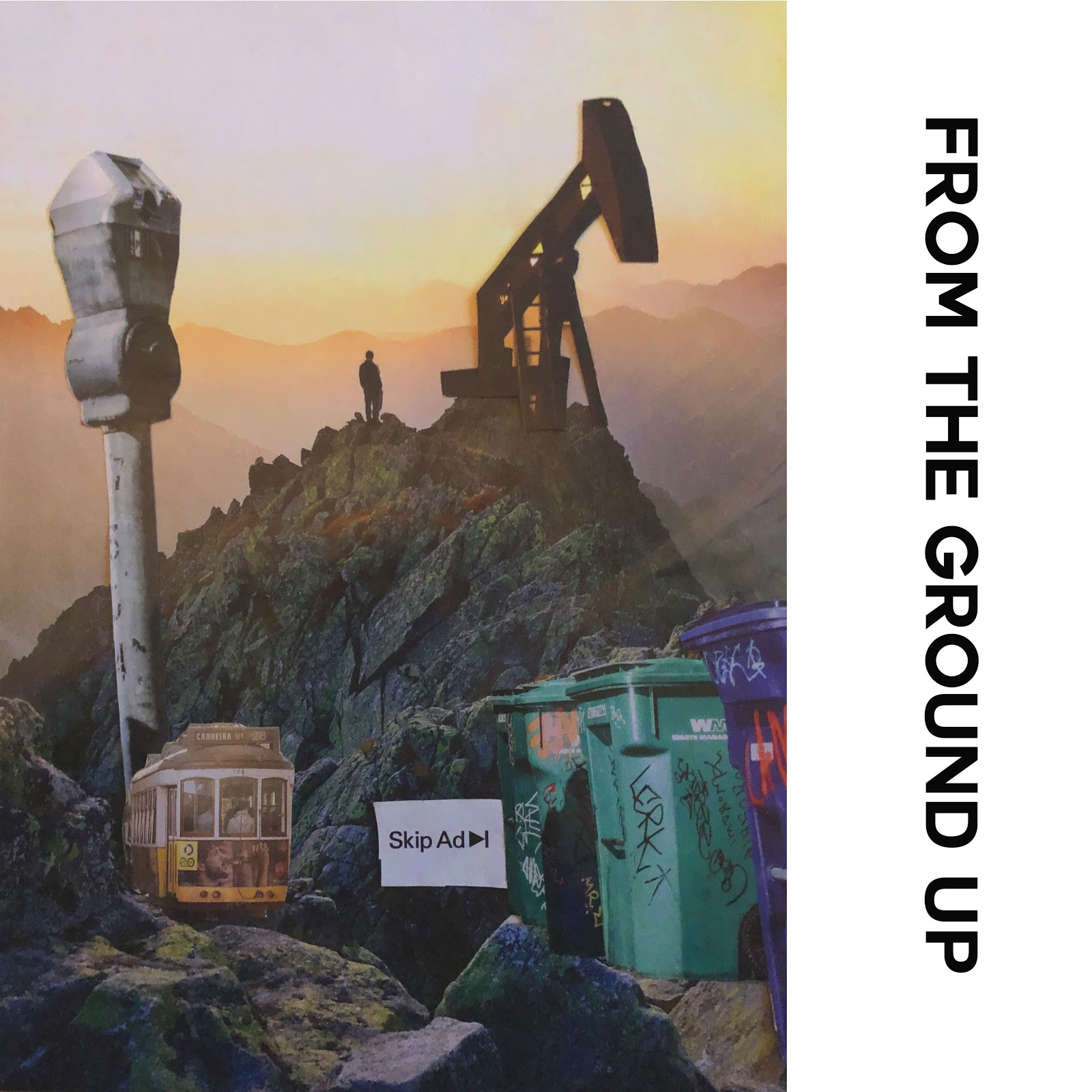 HELLO COSMOS are back with a brand new single: “From The Ground Up”.
Released on all services today, you can stream the track everywhere here:
https://smarturl.it/fromthegroundup-hc

A trippy new addition to the band’s growing back catalogue, the track is taken from a forthcoming lockdown mixtape entitled: ‘Golden Dirt’ which will be released later this spring. The EP will be a collaborative effort between the band’s Ben Robinson, working with San Francisco-based producer The Olchemist.

Sounding like Sleaford Mods on a mind-melting acid trip in isolation, “From The Ground Up” finds Robinson matching kitchen sink lyrical quips with hypnotic electronic loops and experimental vocal styles that mark a prominent shift in sound for the Manchester collective.

With lyrics lost in lurid daydreams of doomscrolling the Manchester Evening News and thoughts of chasing white rabbits to no real gain, it’s a track that expresses the frustration and boredom of lockdown with psychedelic imagination and surreal humour. Speaking about the track’s core themes, Robinson says:

“‘Golden Dirt, champions of the hurt’ was a lyric from a track I did a while ago that didn’t get finished, it seemed to define the sentiment I feel about all the people I love and what is true of these times. We are all champions, we are all hurt, and as the saying goes ‘no mud no lotus’…  from s**t comes beautiful flowers.That’s where we are all going next so stay positive, the coming years are going to be like nothing we have ever known.”

Sending the track to San Francisco for a West Coast touch, “From The Ground Up” was given its final mix by The Olchemist (aka Oliver Linton Brown) who also worked on ‘Dream Harder’.

The track arrives hot-on-the-heels of Hello Cosmos’ acclaimed 2021 album ‘Dream Harder’. Yet unlike their debut release, a deeply collaborative effort which featured contributions from over 20 artists, “From The Ground Up” is a considerably more pared-back creative effort. Entirely written and recorded at a makeshift studio at his home in Manchester, it’s the first of a batch of songs the frontman wrote alone during a series of late-night sessions over the course of the last 365 days. Unable to record live with his brother Simon (as Hello Cosmos would under normal circumstances), Robinson reached out to acclaimed producer and friend The Olchemist in an attempt to fill the void left by his sibling’s absence. Exchanging ideas and sounds, while experimenting further with electronics, synths and samples; the pairing hit upon an entirely different kind of Hello Cosmos record.

Collating the results together as an innovative lockdown mixtape: ‘Golden Dirt’, the collection will be released in full  later this year. As Robinson elaborates:

“Creatively the mixtape has been about throwing down what’s happening in that day, lyrically most of it was just getting things out of my head so I could cope with lockdown and try and understand what I was feeling and thinking…   When I realised that there was an albums worth of tracks and the narrative had sown itself together through the experience of being locked down, losing it and then coming back around with some bravado and lust for life I asked The Olchemist if he’d be into mixing it… Oli got it and has made it the complete record that it is.”

Previously only available on Bandcamp, “From The Ground Up” is now available to stream on all services and offers an intriguing first feeler of the upcoming ‘Golden Dirt’ mixtape.

Stream “From The Ground Up” here:
https://smarturl.it/fromthegroundup-hc LISTEN TO LEAD TRACK  ‘FROM THE GROUND UP’ HERE

Hello Cosmos are a Manchester-based band and collective of creatives. A four-piece at their core, the band are led by songwriter and bass player Ben Robinson, the founder of the celebrated blue dot & Kendal Calling festivals. Also featuring the talents of mainstay members Angela Chan on viola/synths/vocals (notably a member of the Mercury-shortlisted Lanterns on the Lake and a touring member of Placebo), powerhouse drummer Simon Robinson (brother of Ben) and the uniquely styled guitarist Adrian Ingham (assisted by a stack FX pedals); together as Hello Cosmos, they are a meeting of minds of telepathic harmony with immense capability.

Unfurling a string of stimulating singles and EPs since their formation in 2017, Hello Cosmos found their breakthrough 2019 with the obliterating electro-punk of the ‘Run for President’ EP; winning over supporters at BBC Radio 1, BBC 6 Music and Radio X, to Under The Radar and Louder Than War in the process. In 2021 Hello Cosmos released their long-awaited debut LP: ‘Dream Harder’ to critical acclaim, with Robinson now planning a new collaborative effort written and recorded with US-based producer The Olchemist in lockdown. Watch this space for further details…

“Interchangeable and organic with a life of its own.”
GOD IS IN THE TV

“A solid debut”
THE RODEO MAGAZINE