HELLO COSMOS
DEBUT ALBUM:
‘DREAM HARDER’
OUT 22 JAN 2021* VIA COSMIC GLUE
(Postponed from the initial release date of 4 December 2020)
HELLO COSMOS will release their explosive debut album: ‘Dream Harder’ on 22 January 2021, via Cosmic Glue.
The album preempts a creative boom of activity to come from the Manchester-based creative collective, with plans for an album visualiser with animation & augmented reality, a full remix album by an all-star cast of DJ/producer talent, visionary new videos courtesy of Vidzinvader and much more.
Harnessing a cataclysm of sounds that owe as much to snarling Fall-Esque post-punk as they do to the robotic future-facing electronica of the DFA Records canon, ‘Dream Harder’ presents a collection of songs designed to burst from the speakers with life-affirming energy. It’s a record that looks to shake humanity out of this comatose, fearful and isolated world we currently live in and dares to dream of a new and utopian one that awaits tomorrow. With tracks that would feel as at home in a moshpit as they would on a dancefloor, on ‘Dream Harder’ Hello Cosmos look to reunite their long-since departed crowds under one virtual roof.
Elaborating on the deeper themes underlying ‘Dream Harder’, Ben says:
“The messages we receive into our idle mind space every moment of every day have an ongoing impact. A lot of the time they go unnoticed but subliminally add up to create a sense of worry, a sense of lacking in terms of wealth, health & body image. They chip away at us to foster desires for goods, services, clothing and experiences that overwhelm us and leave us grasping for a sense of worth and contentment in our day to day lives…. Dream Harder is a project that aims to help people take back their idle mind space, to create their own billboards, own headlines and pick their own dreams. It encourages people to write their own slogans, to keep their dreams and ambitions in the front of their minds and to know what to ignore, to see what is important to pay attention to and what language should only deserve a fleeting glance….Dream Harder has never felt more vital as we all need to take control of our own mental wealth & help others around us in these times.”
Fusing sound and vision, art and activism, multimedia and technology; ‘Dream Harder’ encourages people to use technology and not be used by it, while beaming a resounding message of positivity to counter a year otherwise consumed by inescapable negativity.
In the lead-up to the album’s release this January, Hello Cosmos will be pushing the boundaries to bring ‘Dream Harder’ to audiences as an exhilarating, multi-platform and immersive experience. Utilising an array of technologies and communicative mediums to enhance the album’s core concepts, the record will be accompanied by a full visual album experience (comprising over 2 hours of mind-bending psychedelic visuals curated to accompany the record) including state-of-the-art augmented reality visuals; stunning video content from long-term visual collaborator Vidzinvader; plus there will be all manner of unconventional and subversive surprises too. Watch this space.
From the Sistine Chapel (“Frequency Fields”) to the rooftops of Spanish apartments (“Step Out of The Shadow”), the tracks of ‘Dream Harder’ were written at locations all over the world and reflect a planet spinning with relentless pace. With lyrics encompassing the dawn of the Trump-era (“Run For President”), to the ongoing Brexit fiasco (“Let Love Be…”), the state of music (“Raise The Dawn”), through to the world dominated by mega tech corporations we find ourselves living-in today (“Renegade Love”); the tracks of ‘Dream Harder’ hang together to form a representative picture of this strange world we live in now and just how we got here. Delivered with Robinson’s impassioned spoken-word style, these are state-of-the-nation diatribes to rouse even the most conditioned of minds.
Featuring over 20 collaborators across its 11 songs, there are notable contributions from: James Smith – lead vocalist in Yard Act (“Cosmic Trigger”), Ila of Tallsaint & Loux fame (“Let Love Be…”), Emma Banks of Galaxians (“Cosmic Trigger”, “Step Out of the Shadows”), Emily Ingham of Mi Mye (“TONIGHT TONIGHT TONIGHT TONIGHT”), and many more.
In keeping with the band’s spirit of collaboration, a full remix album featuring Jagz Kooner (Sabres of Paradise, Oasis), Richard Norris (Beyond the Wizards Sleeve, The Grid), Jinku (East African Wave) & others will also follow the album’s official release and offer an array of wonderful creative re-interpretations.
‘Dream Harder’ was co-produced and mixed by Hello Cosmos and Jamie Lockheart at Greenmount Studios (Easy Life, The Cribs, Pulled Apart by Horses, Mush), with the exception of “Renegade Love” – the last track recorded for the album – which emerged from late night sessions in Brooklyn’s Braund Studios and LA’s The Blue Rooms studios. Additional mixing was provided by Rob Slater and Lee Smith. 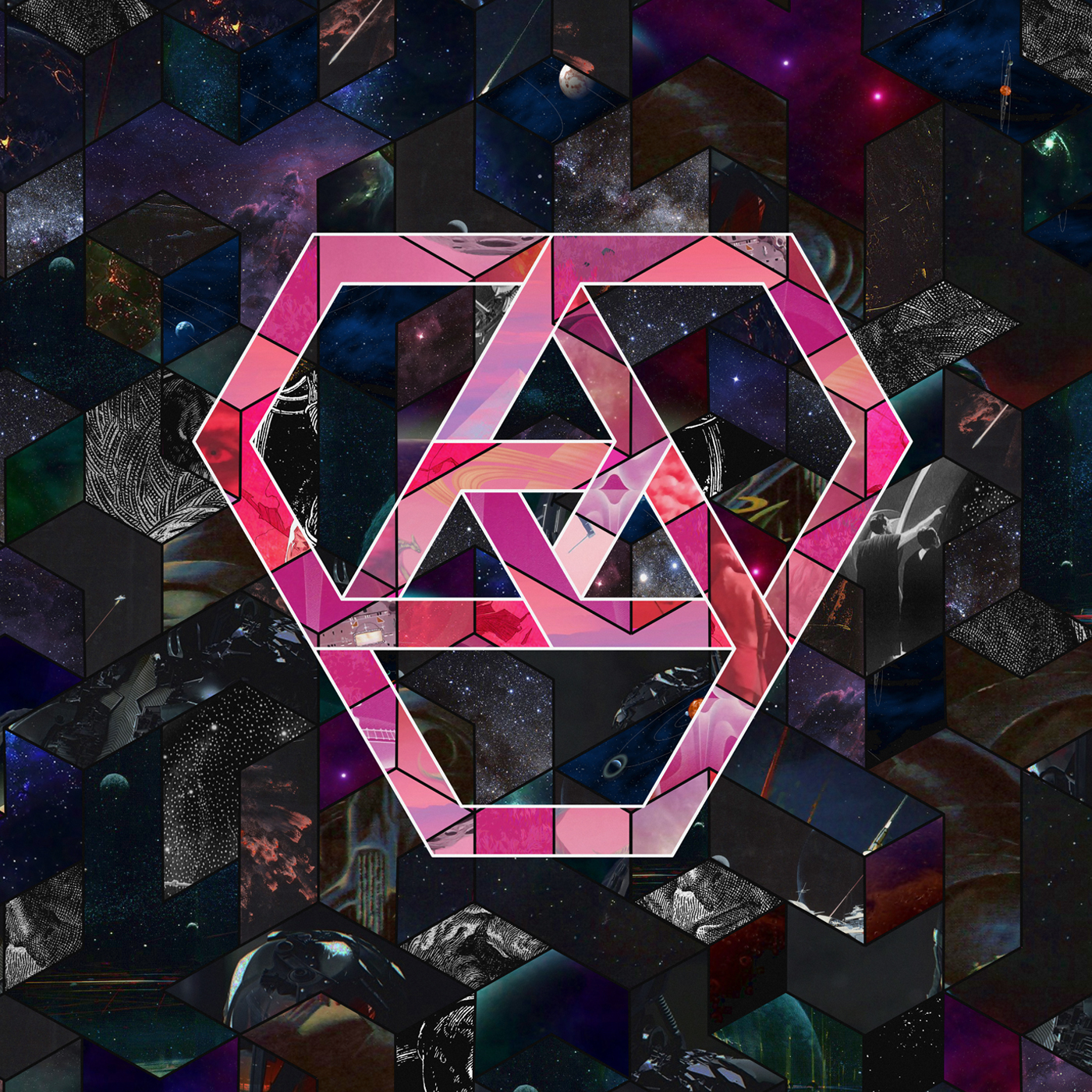 Hello Cosmos are a Manchester-based band and collective of creatives. A four piece at their core, the band are led by songwriter and bass player Ben Robinson, the founder of the celebrated bluedot & Kendal Calling festivals. Also featuring the talents of mainstay members Angela Chan on viola/synths/vocals (notably a member of the Mercury-shortlisted Lanterns on the Lake and a touring member of Placebo), powerhouse drummer Simon Robinson (brother of Ben) and the uniquely styled guitarist Adrian Ingham (assisted by a stack FX pedals); together as Hello Cosmos they are a meeting of minds of telepathic harmony with immense capability.
With each new studio session, Hello Cosmos expands its sphere of collaborators, inviting a growing cast of guest musicians to add their own fuel to the creative mayhem. The band’s laissez faire approach has seen them work with over 50 artists worldwide to date, with members of The Pleasure Temple Ritual Band, Post War Glamour Girls, Galaxians, Lost Colours and more, lending their expertise.
Unfurling a string of stimulating singles and EPs since their formation in 2017, Hello Cosmos found their breakthrough last year with the obliterating electro-punk of the ‘Run for President’ EP; winning over supporters at BBC Radio 1, BBC 6 Music and Radio X, to Under The Radar and Louder Than War in the process.
Translating the passionate intensity and vivid ideas evident in their studio recordings to the live stage, Hello Cosmos have performed at major festivals including Kendal Calling, bluedot, Live at Leeds and Liverpool Sound City and earned a formidable reputation. Drawing on Ben’s experiences of working on shows featuring flaming Lips, Bjork, Super Furry Animals to name a few; Hello Cosmos shows match the band’s own intrinsic energy with eye-popping visuals, Apollo mission boiler suits, and cyber-kinetic masks to create an AV spectacle.
However, with live shows already becoming a distant memory, in 2021 Hello Cosmos instead put their all into ‘Dream Harder’ – a record that stands as the essence of everything they have striven for so far. Created in the spirit of creative collaboration and offering an adrenaline-rushing melting pot of influences, ‘Dream Harder’ is designed to uplift and entertain at every turn and promises to be as audibly emphatic as it is visually immersive. It’s a record that urges its listeners to dream beyond the dystopian dereliction of today and push forward to a new, brighter future with a destiny that is entirely in their hands. Listen up, it may well be your best (and last) chance to escape this hell hole we’re living through…
HELLO COSMOS – ‘DREAM HARDER’ – OUT 22 JAN 2021, VIA COSMIC GLUE
LISTEN TO SINGLE: “FUSE” HERE
Hello Cosmos is Ben (Vox & Bass), Angela (String, Synth, Vox), Adrian (Guitar), Simon (Drums).
FOR MORE INFORMATION
Instagram http://bit.ly/HCinsta
Soundcloud http://bit.ly/HCSound
Twitter http://bit.ly/HelloCTweet
Facebook http://bit.ly/HCFace