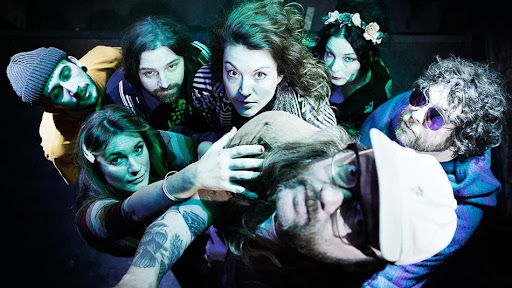 Around the release, the Manchester collective will be hitting the road for a UK headline tour in which they’ll be previewing the single live, plus further new material confirmed for release in 2022.

Catch Heavy Salad at these fixtures as follows:

A joyous cut of sci-fi gilded silliness, upcoming single “Psilocyberman” is produced and mixed by the legendary Stephen Street (The Smiths / Blur) and also arrives as the band prepare to make an impact in Austin Texas as one of the official showcasing artists at SXSW 2022 on 14 March – their debut US performance.

Like an asteroid of repurposed space-junk oddities hurtling towards Earth with a haywire trajectory, “Psilocyberman” crashlands through your speakers in a radiantly psychedelic, new-wave pop blast.

“It’s the tale of an everyday cyborg who is awakened from his electronic trance using the magical powers of psilocybin (aka “magic mushrooms”). He is aware! He feels the rhythms of the universe reverberate inside his mind!”

Scattering a melange of bouncing robotic beats, raygun guitar splatters, and alien doo-wop choruses in its technicolour vapour trail, “Psilocyberman” leads a sonic invasion of the seriously addictive kind. Coupled with a jubilantly malfunctioning break-down, listen out for a cameo from South London music scene legend Patrick Lyons too.

“Psilocyberman” arrives as the first official glimpse of Heavy Salad’s upcoming second album ‘Long Wave’, which is confirmed for release later in 2022. The follow-up to the band’s warmly received debut ‘Cult Casual’, it was recorded at Damon Albarn’s Studio 13 in West London and at their current base in Manchester. Striking up a creative partnership with esteemed producer Stephen Street, he is confirmed to have produced and mixed a number of tracks across their forthcoming record, alongside Christophe Bride (A Certain Ratio). Speaking about working with Street, Lee Mann adds:

“Working with Stephen Street was a dream come true for Heavy Salad, he instantly recognised the band’s knack for a killer hook and a guitar player who does things differently! Having worked with some of the most distinctive guitarists in British rock, Stephen can now add Rob Glennie to his illustrious list of collaborators. Stephen is well known for delivering experimental guitar pop and “Psilocyberman” is no exception.”

The “Psilocyberman” release also finds Heavy Salad collaborating with another of their favourite creatives, acclaimed illustrator: Stan Chow. Having drawn Northern icons from Andy Burnham to Maxine Peake, Chow now inducts Heavy Salad into his Mancunian hall of fame with the specially commissioned artwork for their current single “Psilocyberman”, and the promise of more to come.

“When it came to bringing “Psilocyberman” to life there was only one artist on the band’s wish list and the single features amazing, bespoke artwork” says Lee. 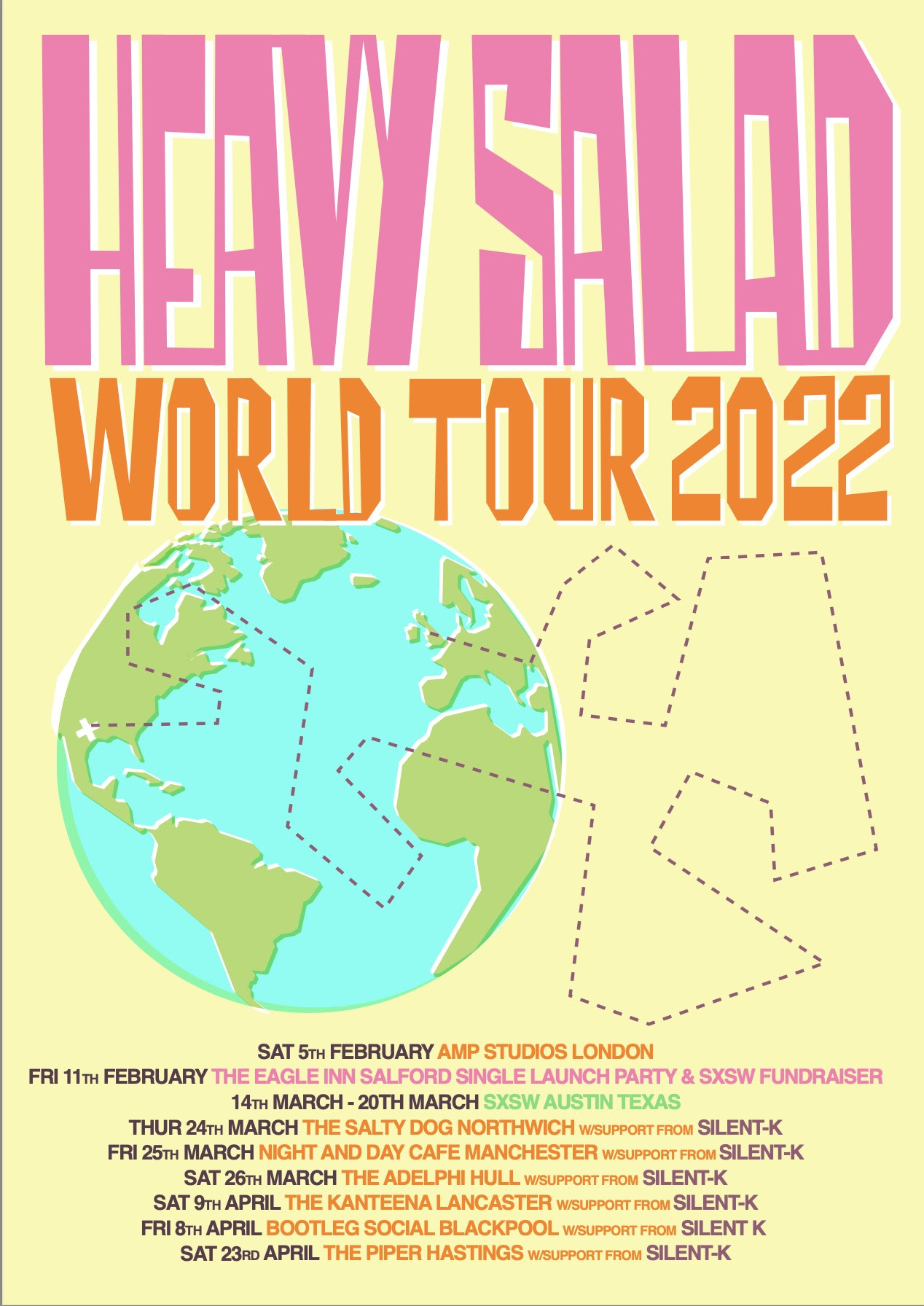 “PSILOCYBERMAN” BY HEAVY SALAD IS RELEASED ON THE BAND’S OWN LABEL MAL LOCO – FRIDAY 11TH FEBRUARY, VIA ALL STREAMING SERVICES.

Formed in 2018, Heavy Salad comprise a core trio of Lee Mann (live bassist with The Moonlandingz), Rob Glennie and Allan Hutchison. Bonding over a joint interest in psychedelic horror films, with Panos Cosmatos’ cult classic ‘Mandy’ being a particular favourite, Heavy Salad loved the idea of being in a band like a psychedelic cult. Enlisting Ally McBoo, Esther Maylor, Lucy Hope AKA The Priestesses and Oscar Remers along the way, the gang released their debut album ‘Cult Casual’ in 2020.

A loose concept-album-of-sorts that explored the idea of finding your own reality in the modern world, ‘Cult Casual’ crystallised Heavy Salad’s natural flair for oddball melodies and psychedelic pop hooks. Drawing comparisons to The Flaming Lips, to The Beatles, to Super Furry Animals, the record aptly proved to be a cult-hit with fans and press alike, with Louder Than War praising: “Heavy Salad arrive on the scene with a glorious mix of all things pysch, gospel, soul and all things funky with their spot on debut album”.

Preparing their second album for release in 2022, standby for further updates and new music in the coming months.