Search
Home
News
American heavy metal titans Haunt have landed the cover story of the latest issue of North America’s esteemed Decibel magazine. A statement from Decibel reads as thus: “In just three short years, Fresno’s Haunt have gone from curio Bandcamp demo act to one of the most important leaders of the New Wave of American Heavy Metal. That rocket ascent from the ’80s through present day culminates in their Decibel cover debut in honor of Mind Freeze, the prolific heavy metal heroes’ third full-length LP in as many years. Pair it with the free exclusive picture flexi disc from craft beer crusties Trappist called ‘Growler in the Yard’ (yes, it’s exactly what you think it is), and you can raise a toast to the end of 2019 in style. But pick up your copy today before — like this godforsaken year — it’s gone for good!” This exhaustive seven-page cover story comes in lieu of Haunt‘s massively anticipated third album, Mind Freeze, set for international release on January 10th, 2020 via Shadow Kingdom Records.

Simply put, Haunt is the new face of traditional heavy metal & hard rock. Masterful despite their young years as a band, Haunt began as a solo project of Beastmaker frontman Trevor William Church and promptly self-released its debut EP, Luminous Eyes, during the summer of 2017. Not long after, the EP was picked up for physical release by Shadow Kingdom, and henceforth did Haunt begin their ascent…

With Luminous Eyes reaping widespread acclaim from both fans and critics alike, the stage was set for Haunt‘s inevitable debut album. Aptly titled Burst Into Flame, the band’s full-length debut was released during the summer of 2018 and promptly burned a whole new path for Haunt. Now expanded into a full working lineup, Church’s vision proved infinitely powerful and poignant: here, Haunt‘s blend of turn-of-the-’80s heavy metal with touches of ’70s hard rock positively exploded with electricity and excitement at every turn. And that electricity reached a fever pitch as the band hit the touring circuit thereafter, culminating with a rapturously received run on the Speed of the Wizard tour supporting High on Fire, Municipal Waste, and Toxic Holocaust. 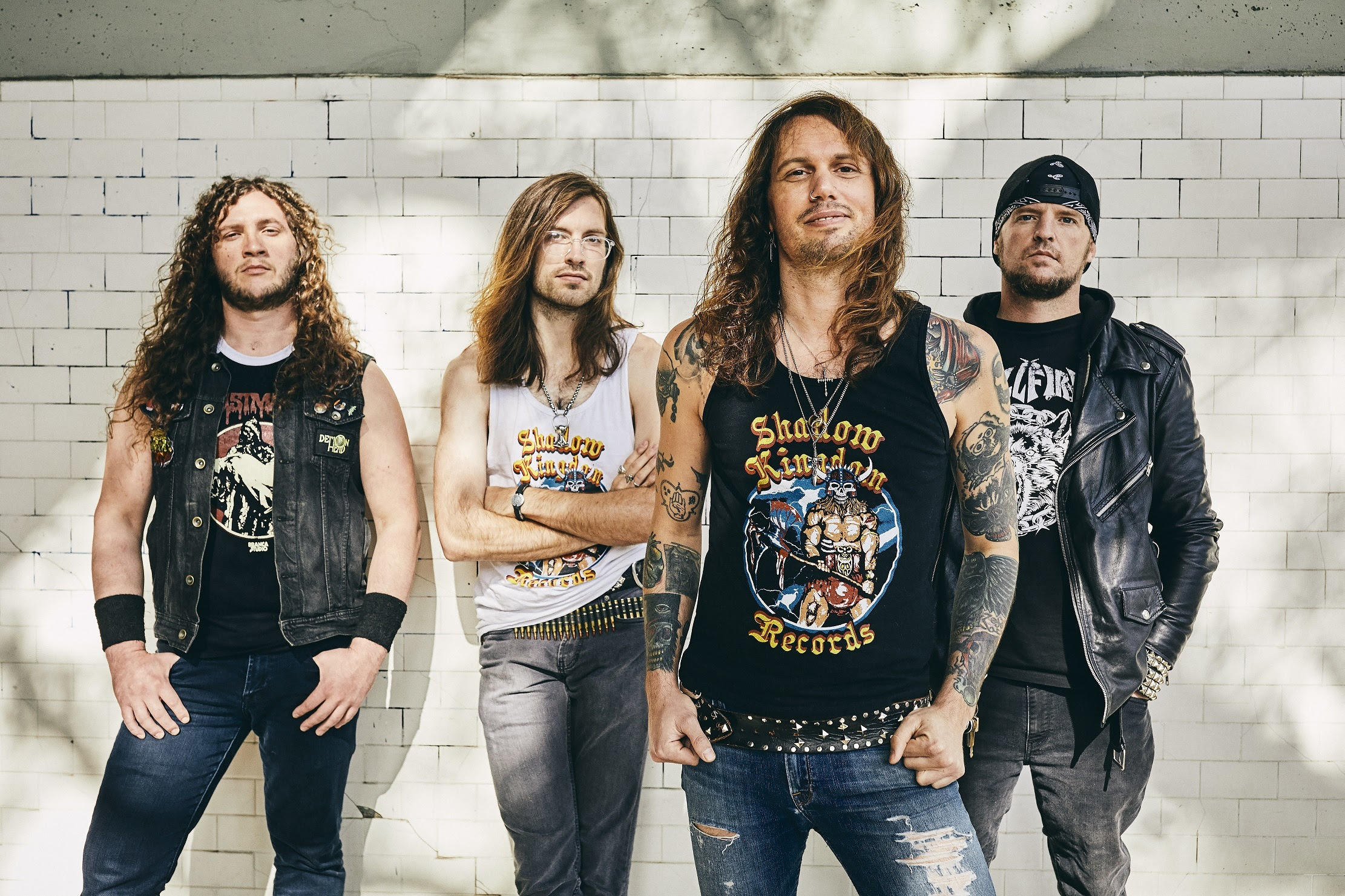 (photo credit: Daniel Prakopcyk)
Not ones to rest on their considerable laurels, Haunt returned less than a year after their debut album with an even-stronger second album, If Icarus Could Fly, also released by Shadow Kingdom. If Luminous Eyes was the definition of “rapturously received,” then If Icarus Could Fly exceeded even those lofty expectations, with this bolstered Haunt lineup – which also includes guitarist John Tucker, bassist Taylor Hollman, and drummer Daniel “Wolfy” Wilson – truly proving themselves as not just a great “new band,” but a GREAT BAND altogether. Of course, tons more touring followed, with each new audience becoming immediate converts and the band humbly taking it in stride, delivering anthem after anthem every night with the power and poise of veterans. During that time, the Mosaic Vision EP continued that ever-upward & onward momentum, once again released by true-believers-since-the-beginning Shadow Kingdom.

However, if those preceding two records were the fine-tuning on an already enviously stacked machine, then Mind Freeze is the glorious sound of new expeditions explored and conquests sealed. Here, many/most of the trademark Haunt dynamics are firmly in place – compact songcraft, immediately memorable hooks, impassioned playing, an understated emotional element that elevates everything above mere party fodder – but the band are finding yet more interesting twists to ’em. No more can one simply say that Haunt are but a modern iteration of NWOBHM or some-such. On the righteous evidence of Mind Freeze, the band incorporate classic metal contours, of course, but also everything from ’70s synth to ’90s punk, with these moody-yet-molten anthems now evincing an almost mystical quality perfectly in line with Church’s always-poignant lyrics. This time around, themes include carrying the torch, adventure, stagnation, politics, love, and triumph. Likewise, Church has handed the lead-guitar torch to Tucker, who delivers one unbelievable solo after another here (Church still gets in a few – don’t worry!). As if it ever needed restating, read it here: Mind Freezeis the sound of a full-band effort, because Haunt is the very definition of a band – a gang of outlaws, in it to win it or go down trying.

But, like anything in the Haunt universe so far, Mind Freeze could be the next step onto something else – something grander, something greater, “something else”? – but they’re making history with each and every move. So, live in the present and witness the ice-cold perfection of Haunt‘s Mind Freeze! 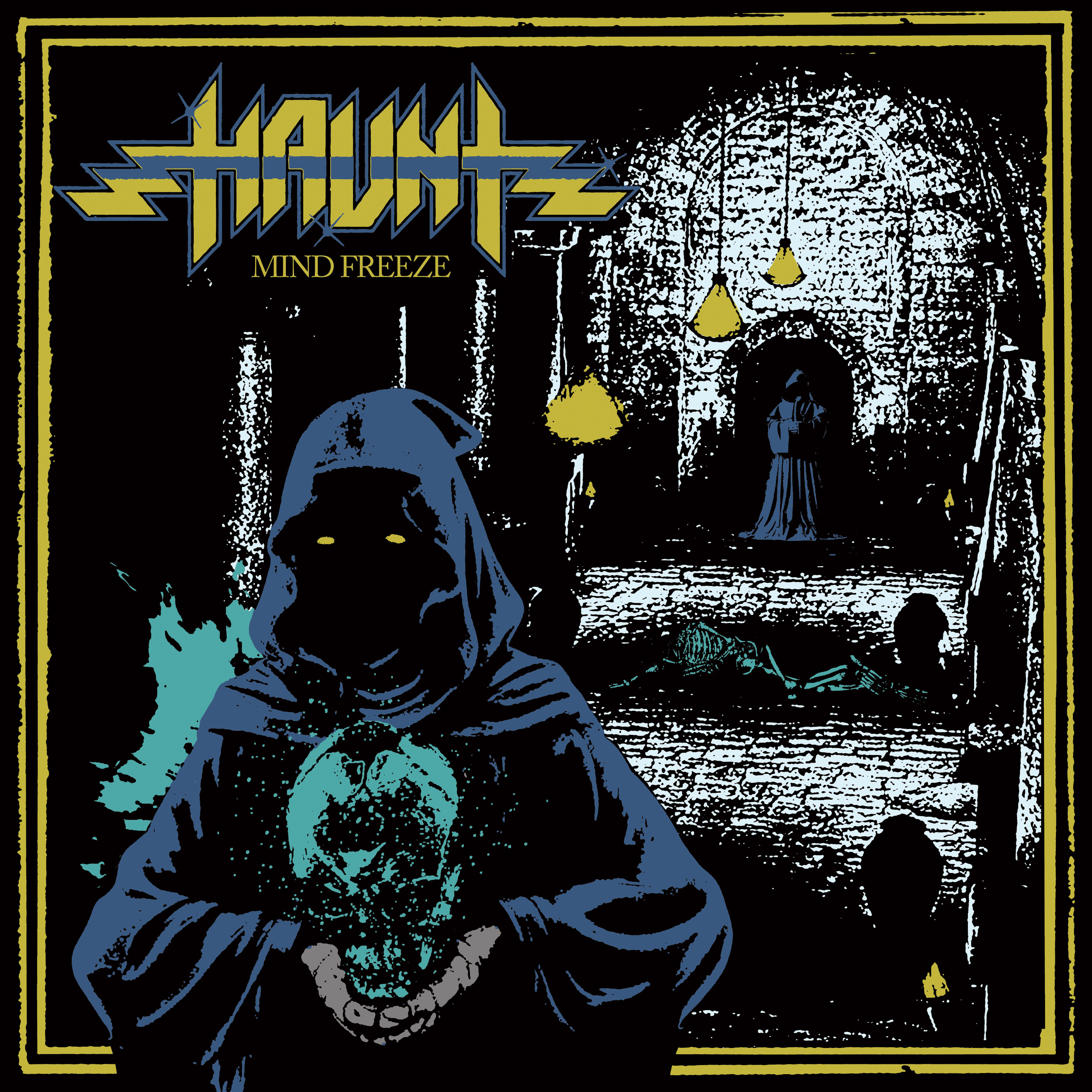 Tracklisting for Haunt’s Mind Freeze
1. Light The Beacon
2. Hearts On Fire
3. Mind Freeze
4. Divide And Conquer
5. Saviours Of Man
6. Fight Or Flight
7. Have No Fear
8. On The Stage
9. Voyager 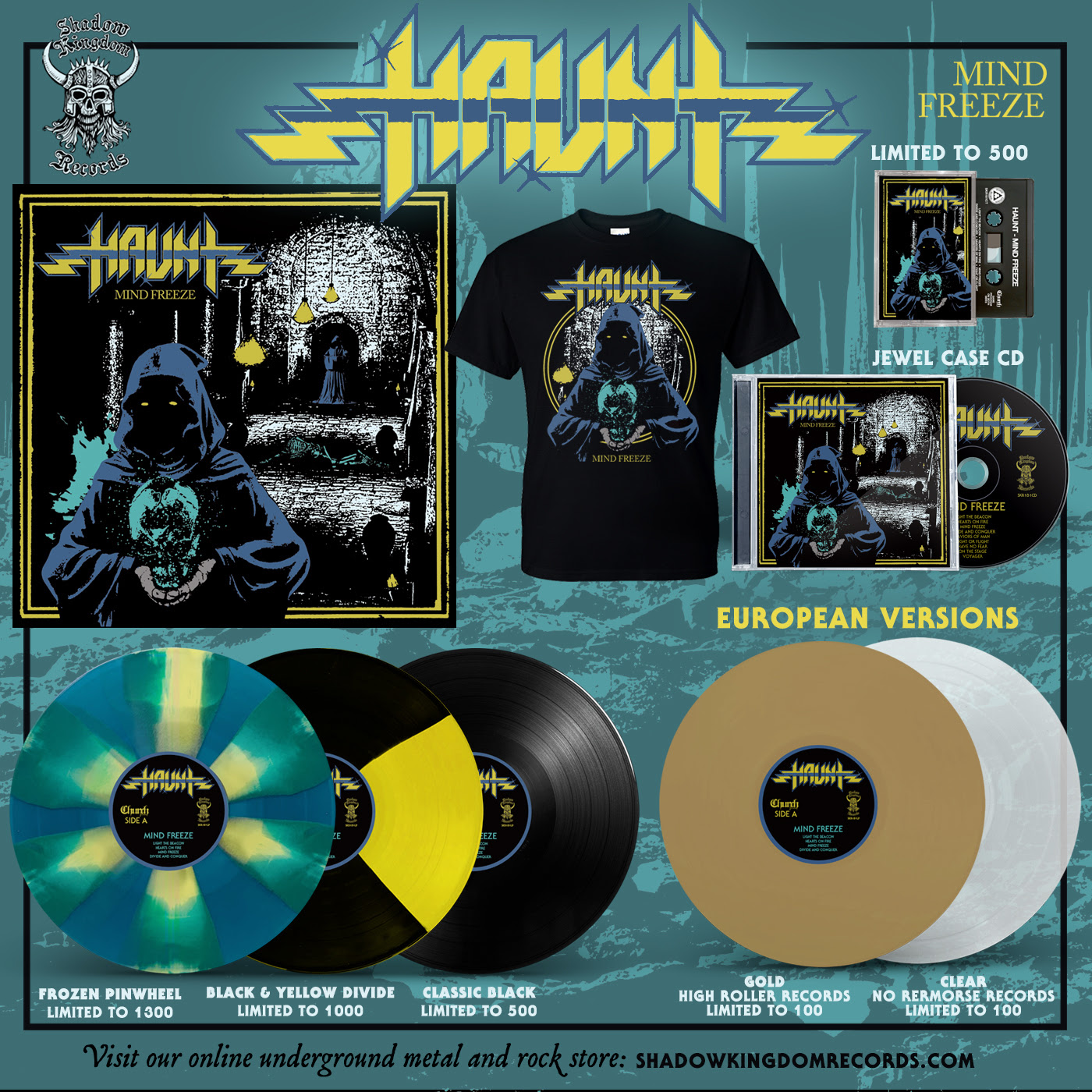