With sharp, unflinching viciousness and a sense of atmosphere unique to the band, no one combines death and black metal quite like Poland’s HATE. On Rugia, their savage twelfth full-length, they push the boundaries of their craft even further.

The “Exiles Of Pantheon” video was created in collaboration with @9literfilmy film agency. Comments vocalist/guitarist ATF Sinner, “We’re extremely proud to present this picture for one of the most brutal and vicious tracks on Rugia. The song is about an old faith being reborn through an unholy, blood-soaked ritual. There are references to archaic beliefs on the island of Rugia – the last bastion of western Slavic paganism. Making this video was one hell of a challenge, because we were shooting throughout the night in extreme weather conditions. In the end, I think we got a picture that fits perfectly with the music. Watching it, you can almost feel freezing cold rain slashing at your face. I’ve no doubt our best video thus far.”

HATE elected to once again track Rugia at Hertz Recording Studio in Poland, and it was recorded, mixed, and mastered by the Wiesłaski Brothers (Behemoth, Decapitated). Everything was laid down over about two to three weeks, with longtime collaborator Michał Staczkun providing the ambient elements of the band’s sound. HATE is also celebrating thirty years of activity with Rugia. Vocalist/guitarist ATF Sinner affirms he is as driven as ever. “The fire is still burning! I’m proud that I have built a band with such strong energy, that’s lasted for a long time in spite of numerous line-up changes and obstacles in our way. We are still here, and we create with ever growing consciousness and dedication. The energy speaks through us. Honestly, I think of the band as something much bigger and more profound than the individual people involved in it over any given period of time. I believe we create a channel for energies that surpass us.”

HATE’s Rugia will be released on CD, LP, and digital formats. Find ordering options at THIS LOCATION.

“…entirely unrelenting and aims only to destroy everything in its path.” — Metal Injection
“It‘s a storm of anvils… it‘s just RAINING anvils…” — MetalSucks
“…a gripping blend of madness and munitions, of savagery and sinister peril.” — No Clean Singing
“…ruthless and uncompromising…” — Distorted Sound
“If there ever existed the hymns that sang the symphony of Lucifer‘s banishment from Heaven, detailing the plummet into the underworld, the scorching and boiling of celestial flesh, incineration of wings as seraphic divinity is now transformed into a verendus being, as he is ignifed and reborn in the lake of ebony and fire it would be HATE‘s recent release, Rugia.” — Metal Digest 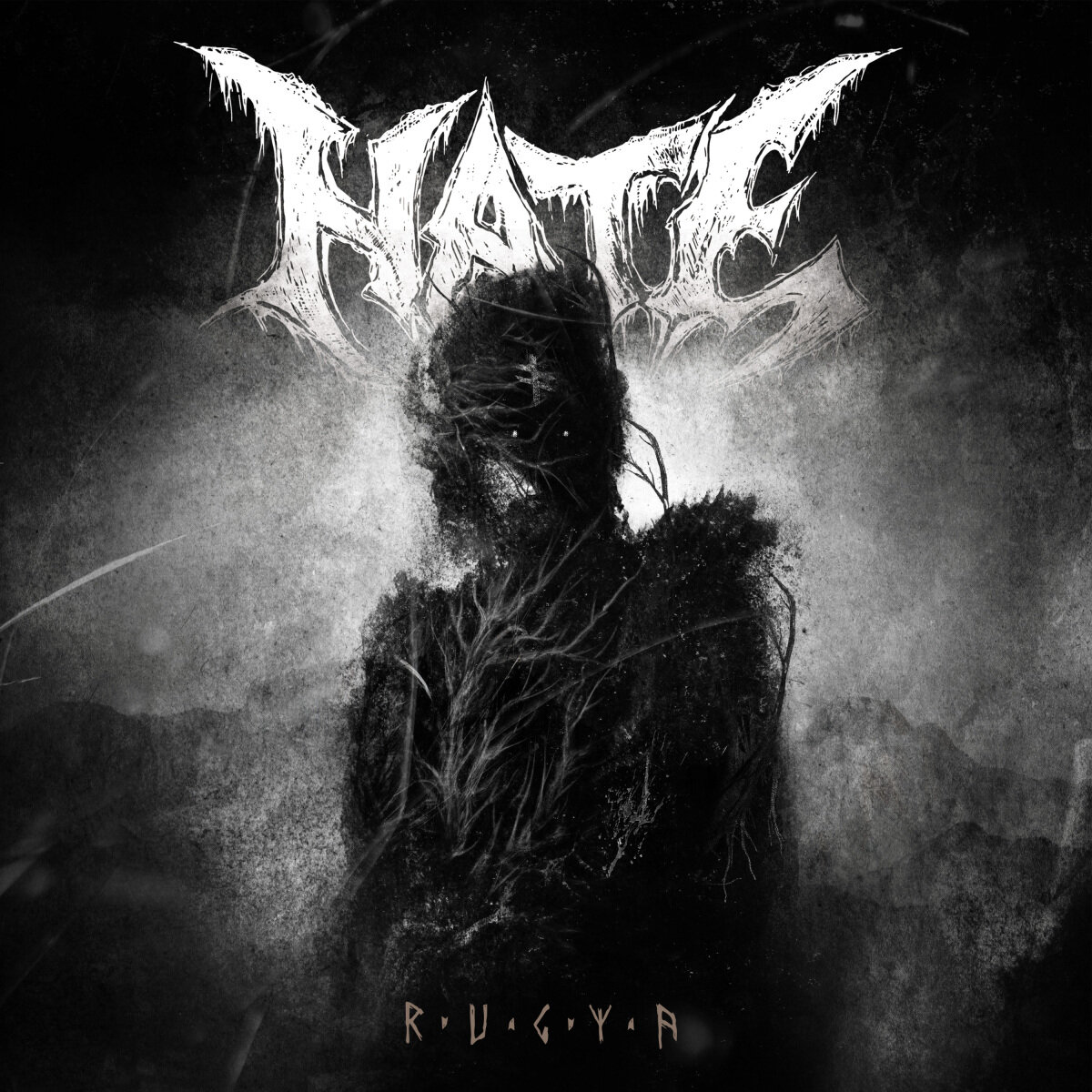