THE DEATH OF ME

Whenever a discussion takes place about who the current heavyweights of the melodic hard rock
scene are, the list of names bandied about will inevitably include Harem Scarem….and not without
good reason. Following a five year hiatus, the band reunited in 2013 to completely re-record their
milestone release ‘Mood Swings’ (originally out in 1993). They have subsequently made two more
exceptional studio albums in ‘Thirteen’ and ‘United’, with both proving shining examples of the
band showcasing their unique trademark sound while simultaneously offering a stylistic progression
that still makes them a name to point to in the evolution of the genre.
Their brand new record, ‘Change The World’, is a logical next step. While not a million miles from
where ‘United’ left off, it nevertheless shows a band at the top of its game and a cohesive unit still
able to deliver a power-rock-packed punch, with swaggering riffs and hooks to die for. Without a
doubt, Harry Hess and Pete Lesperance display that their partnership still has the magic touch.
“We really only have one goal when we start working on a record and that is to try and write the best
songs we can,” says Lesperance, “In the beginning, Harry and I work individually on parts and then
bring them together to see if we have a good starting point for some songs. I think we’ve finally found
our stride (I should hope so after 30 years of being a band) and we just try to keep ourselves happy
musically, but also deliver something that we feel the fans will like!”
With the addition of Mike Vassos on bass, Harem Scarem have returned and are ready to dominate
once more.
CHANGE THE WORLD
TRACKLISTING
1  Change The World
2  Aftershock
3  Searching For Meaning
4  The Death Of Me
5  Mother Of Invention
6  No Man’s Land
7  In The Unknown
8  Riot In My Head
9  No Me Without You
10  Fire & Gasoline
11  Swallowed By The Machine 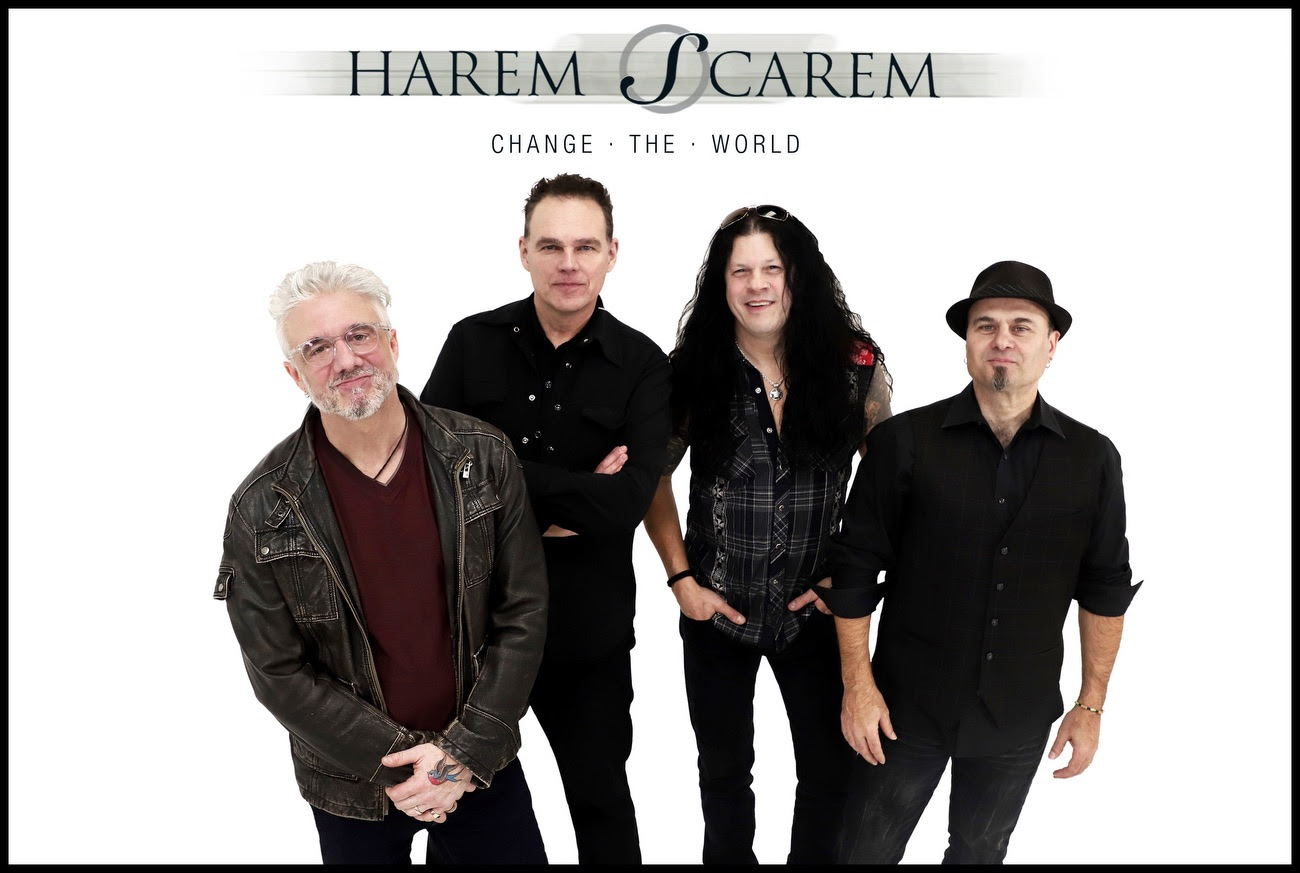 HAREM SCAREM
Harry Hess – lead & backing vocals, keyboards
Pete Lesperance – guitars
Creighton Doane – drums
Mike Vassos – bass
Darren Smith – backing vocals
haremscarem.net
facebook.com/harem.scarem.band
ABOUT FRONTIERS MUSIC SRL
Originally founded in Naples, Italy in 1996 by Serafino Perugino and his father Fernando as a
distribution company, Frontiers has developed into one of the premiere independent rock labels in the
world. Synonymous with quality music from across a broad spectrum of rock genres, the company has
worked with multiple genre heavyweights and fan favourites. Aside from providing a home for classic
artists from the 1970’s/80’s, it also boasts a wealth of young, up and coming talent that, with a savvy
and forward thinking A&R and marketing approach, will be developed into the future of rock and metal.
With a deep commitment to and passion for THE MUSIC and the artists who create it, plus massive
global distribution, sales, marketing and publicity channels, Frontiers is the premiere home for both
established and emerging rock artists.
Head Office: Naples, IT | U.S. Office: Nashville, TN
Subscribe to be alerted when new videos are added:
radi.al/SubscribeFrontiers
Follow the ‘Newest From Frontiers’ playlist on Spotify:
spoti.fi/1rQz5Zm