The live set performed by Hardline at the 2019 edition of the annual Frontiers Rock Festival was,
hyperbole aside, one of a kind. The band not only played a superb show, but it also saw none other
than original drummer Deen Castronovo jump behind the kit to play on selected tracks from the
band’s 1992 debut album ‘Double Eclipse’. This landmark set was captured on audio and video and
is being released on CD+DVD and digital format (audio only) as ‘Life Live’.
Hardline have been touring in mainland Europe regularly in recent years and are a well oiled live
machine, but the show they put on at the Live Club in Trezzo Sull’Adda (near Milan) in late April 2019
has been hailed as one of their best in recent memory. With a solid rhythm section featuring
powerhouse drummer Marco Di Salvia and Anna Portalupi, the multi-talented Alessandro Del Vecchio
on keyboards and background vocals, stellar new guitarist Mario Percudani, and the inimitable Johnny
Gioeli on vocals, Hardline rocked out hits from their debut album and also played a selection of songs
from their three most recent releases.
“We are so excited to share this performance,” state the band. “We have always appreciated our work
in the studio, but magic happens when we take to the stage. We’ve wanted to capture the true
essence and power of this line-up so that fans who can’t reach us in person can finally see us in the
comfort of their own home. ‘Life Live’ speaks to the chemistry, fun and musical power we love to share
with our audience.”
Continuing, they add: “Our newest album, ‘Life’, was released on the same weekend as the festival,
which made for an exciting preview of some of its songs in a packed house environment. We were
amazed to hear the crowd’s reaction to these new songs and we knew at that moment that we had
made something special. Sit back, relax and enjoy one of our most memorable shows, and cherish
with us a moment in time for all to remember. Hardline…..always moving forward…thanks to all of
our amazing fans around the world.”
‘Life Live’ is a must not miss release for fans new and old.
LIFE LIVE
TRACKLISTING
CD + DVD
1  Place To Call Home
2  Takin’ Me Down
3  Dr. Love
4  Where Will We Go From Here
5  Page Of Your Life
6  Life’s A Bitch
7  In The Hands Of Time
8  Take You Home
9  Everything
10  Hot Cherie
11  Fever Dreams
12  Rhythm From A Red Car 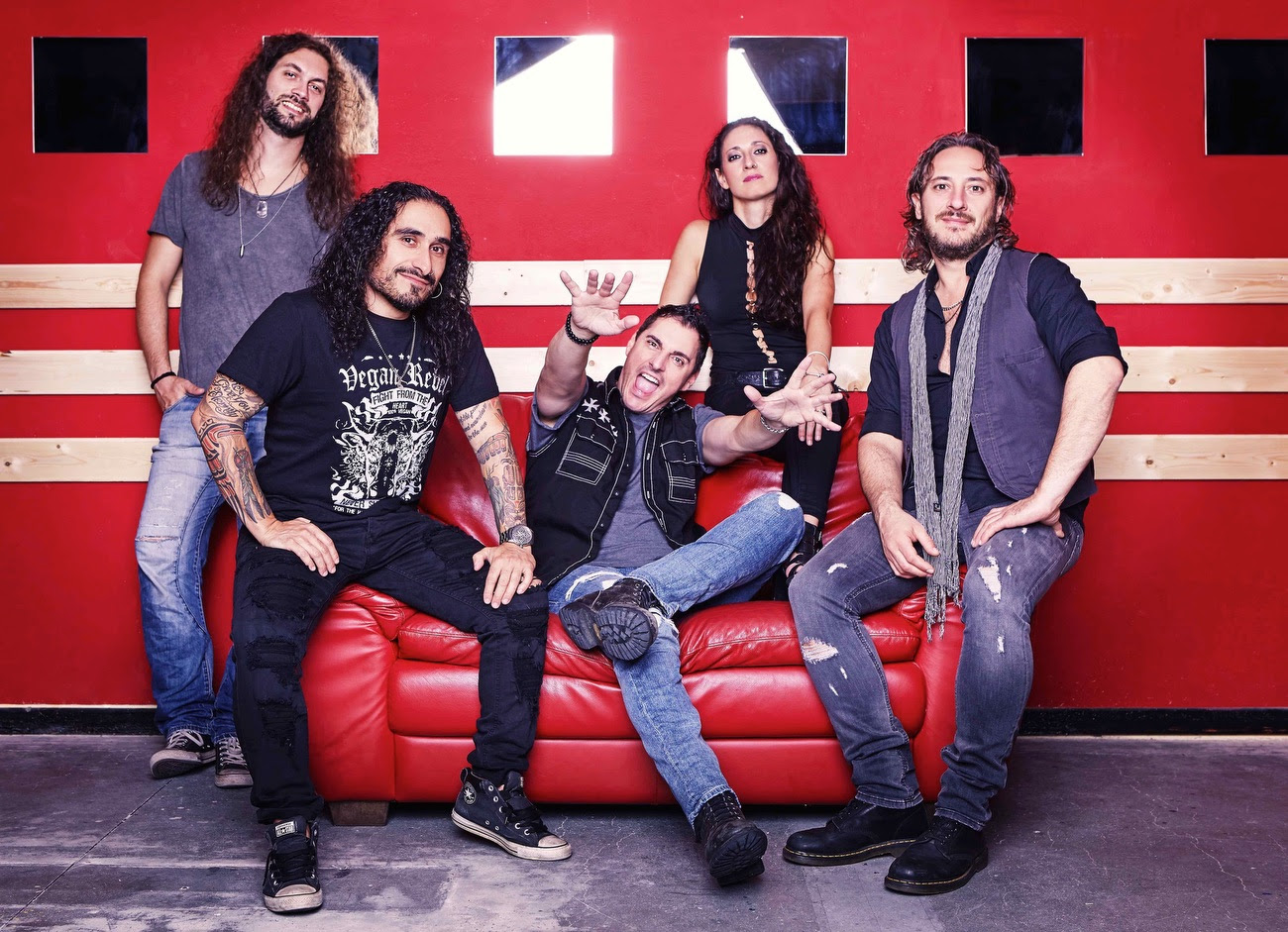 HARDLINE – photo by Riccardo Bernardi
HARDLINE
Johnny Gioeli – vocals
Alessandro Del Vecchio – keyboards
Mario Percudani – guitar
Anna Portalupi – bass
Marco Di Salvia – drums
+
Deen Castronovo – special guest, drums
hardlinerocks.com
facebook.com/hardlinerocks
instagram.com/hardlinerocks
ABOUT FRONTIERS MUSIC SRL
Originally founded in Naples, Italy in 1996 by Serafino Perugino and his father Fernando as a
distribution company, Frontiers has developed into one of the premiere independent rock labels in the
world. Synonymous with quality music from across a broad spectrum of rock genres, the company has
worked with multiple genre heavyweights and fan favourites. Aside from providing a home for classic
artists from the 1970’s/80’s, it also boasts a wealth of young, up and coming talent that, with a savvy
and forward thinking A&R and marketing approach, will be developed into the future of rock and metal.
With a deep commitment to and passion for THE MUSIC and the artists who create it, plus massive
global distribution, sales, marketing and publicity channels, Frontiers is the premiere home for both
established and emerging rock artists.
Head Office: Naples, IT | U.S. Office: Nashville, TN
Subscribe to be alerted when new videos are added:
radi.al/SubscribeFrontiers
Follow the ‘Newest From Frontiers’ playlist on Spotify:
spoti.fi/1rQz5Zm