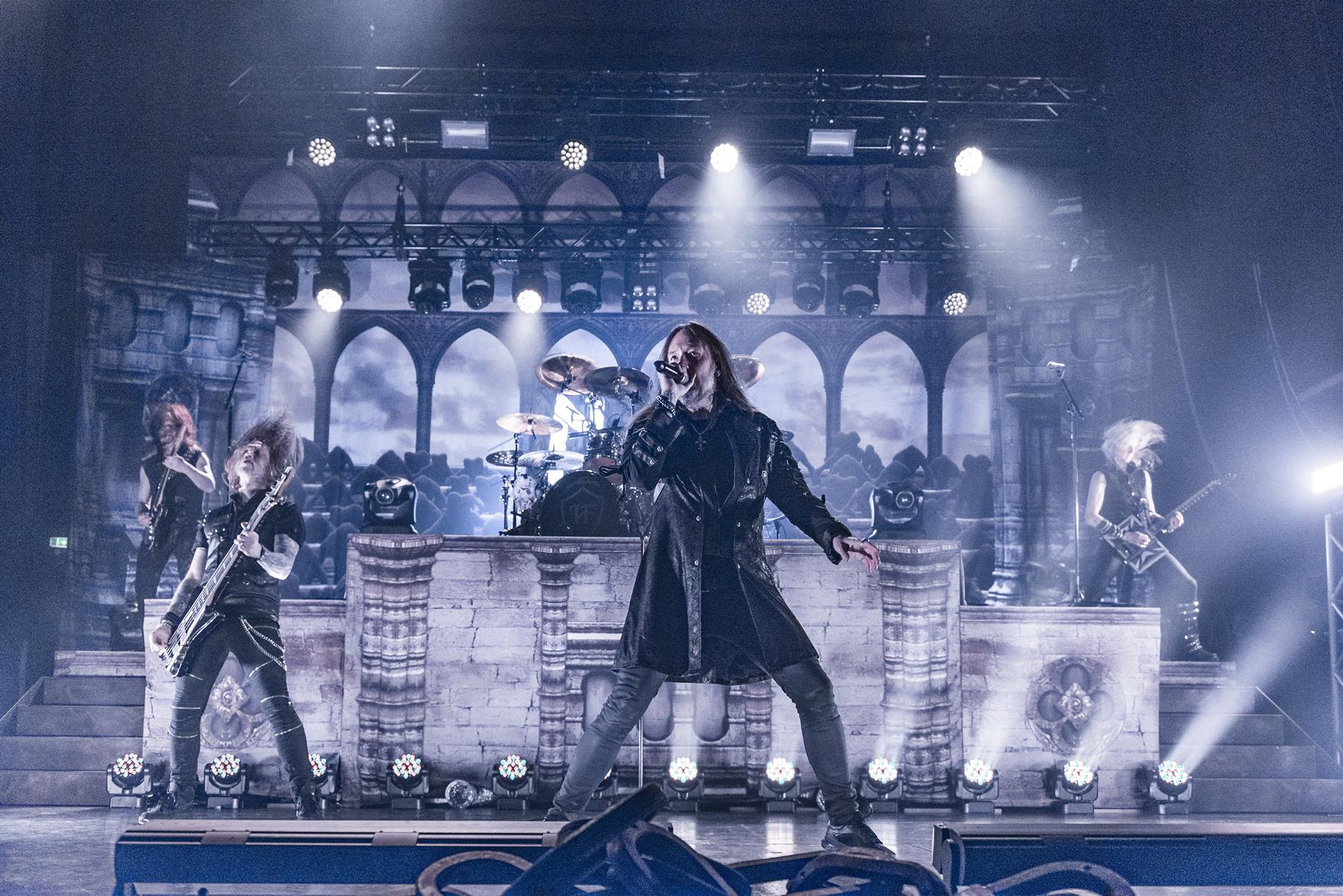 You gotta keep that flame burning!

HAMMERFALL have just released a second video for “Keep The Flame Burning”, which perfectly captures the highly energetic spirit of HAMMERFALL’s new live album & BluRay, Live! Against The World. Celebrating the 20th anniversary of their chart-storming album Renegade (2000), the song, which rarely appears on their setlists, shines in a bright new light and pushes live productions to the next level.

With absolutely impressive, grand live production, huge arenas and overwhelming pyrotechnics, HAMMERFALL, the Swedish saviors of Heavy Metal, took over the world in 2019/2020 with their World Dominion tour. On this bombastic tour, they did not only celebrate the worldwide charting success of their freshly released 2019 studio album Dominon, but also the jubilee of the legendary Renegade album, by adding “Keep The Flame Burning” and an impressive Renegade medley to the setlist.

HAMMERFALL are on the rise with Joacim Cans’ distinctive voice and flawlessly executed guitar parts, which finalize this live record of the legendary show at the MHP Arena in Ludwigsburg, Germany – there’s magic in the air!

Guitarist and founding member Oscar Dronjak on the new video:
“It’s the 20th anniversary of Renegade, and to celebrate that accordingly we included some special songs in the set list. One of my all-time favourite songs is “Keep The Flame Burning”, and it was so cool to see it return after so many years’ absence!” 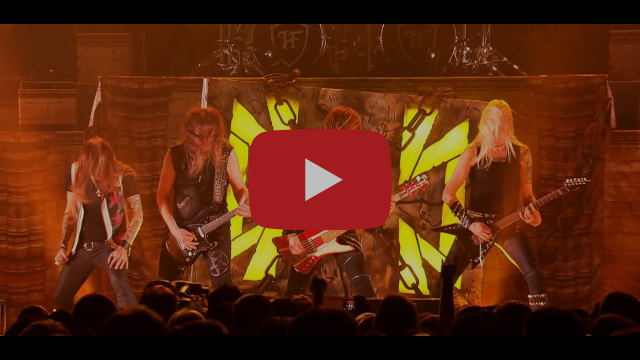 The undisputed masters of ground-breaking anthems and unforgettable live shows, HAMMERFALL, will release their new live epos Live! Against The World via Napalm Records on October 23, 2020.

Recorded on February 15th at the MHP Arena in Ludwigsburg, Germany, Live! Against The World contains songs fresh off their latest album Dominion, mixed with a ton of band classics and a hand-picked selection of songs that rarely appear on HAMMERFALL’s setlists to fulfill the needs of both new and old fans.

The band around singer Joacim Cans and guitarist Oscar Dronjak did not only celebrate the great charting success of Dominion, but also the 20th Birthday of their legendary Renegade album with a phenomenal medley during the nearly two hour long concert. The show had everyone on their feet and banging their heads within no time and marks one of the many unforgettable evenings of pure Swedish Heavy Metal in the legendary HAMMERFALL manner.

Singer Joacim Cans on Live! Against The World:
“We Are HAMMERFALL And This Is What We Do!
I am so damn proud that we are able to present a full blown, up-to-date, live show in these extremely difficult times. A time when real live shows in front of a ”real” live audience have ceased to exist.  The show at MHP Arena Ludwigsburg was nothing but epic and really captured the strength and power of the band as a live act and shows the joy we are experiencing together on stage every night, no matter where we play. This is the biggest stage production we ever had and now you can experience this at home anywhere, at any time. HAMMERFALL is and always will be a live band and together with the greatest fans in the world we are an unstoppable force!”

Guitarist Oscar Dronjak adds:
“The live act that HAMMERFALL is right now blows everything we have done previously out of the water, and I am super happy that we got to document it in this way on the biggest tour we have ever done. The setlist speaks for itself, every album is represented with at least one song; there’s stuff we have never performed live before, songs we haven’t played in a long time and of course all the classics. It’s a great testament to where we stand today, and an added bonus is that we finally got to record something major in Germany, in front of the fans who have been with us literally since day one.”

Pre-Order your copy of Live! Against The World NOW! 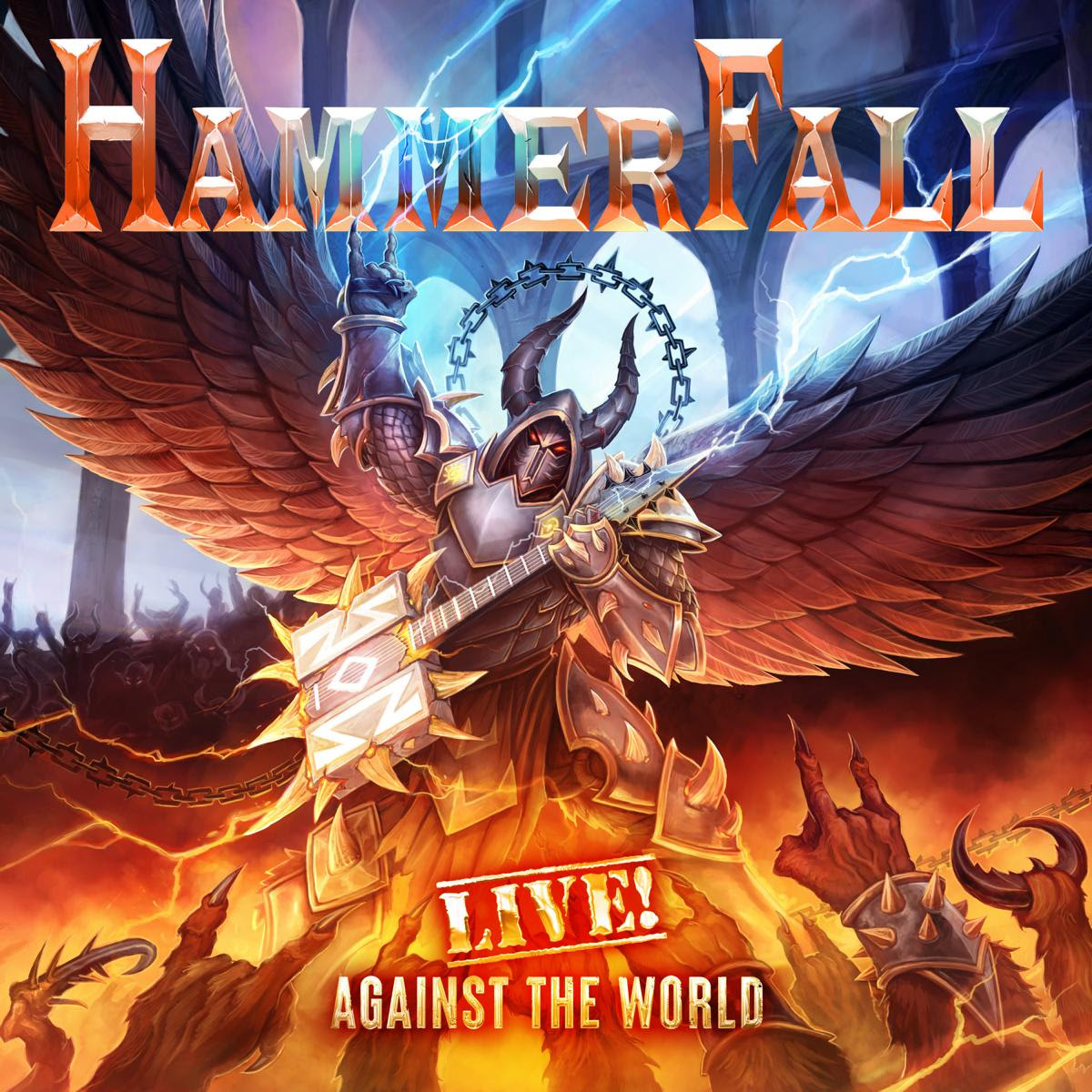 Adding in classics like “Any Means Necessary”, “Last Man Standing” and “Let The Hammer Fall” that show off HAMMERFALL’s legendary prowess on both vocals and instruments, the performance continues on to be both surprising and astounding. Special guest Noora Louhimo (Battle Beast) made it possible for HAMMERFALL to display their emotional side with their power ballad “Second To One” live on stage. The show ends with the one song that belongs in every HAMMERFALL experience: the beautiful and heavy “Hearts On Fire”.
Live! Against The World will be available in the following formats:
– BluRay + 2 CD Digipak
– 3 LP Gatefold Vinyl Ink Spot Blue / White
– 3 LP Gatefold Vinyl Orange Transparent
– 48 pages Earbook, including 2CDs + BluRay
– 48 pages Earbook including 2CDs + BluRay  + 7’’ Vinyl Single
– BluRay + 2 CD Digipak  + Shirt Bundle
– Digital Album
“a huge stage set, masses of pyro, a lighting rig to die for, a set list that is a fan’s wet dream and a crowd so pumped to be part of the event”
-POWERPLAY, UK-“Pure Heavy Metal – unbelievably powerful sound quality, which authentically captures the energy that the formation ignites on stage. A consistently high-quality affair”.
-Legacy, Germany- 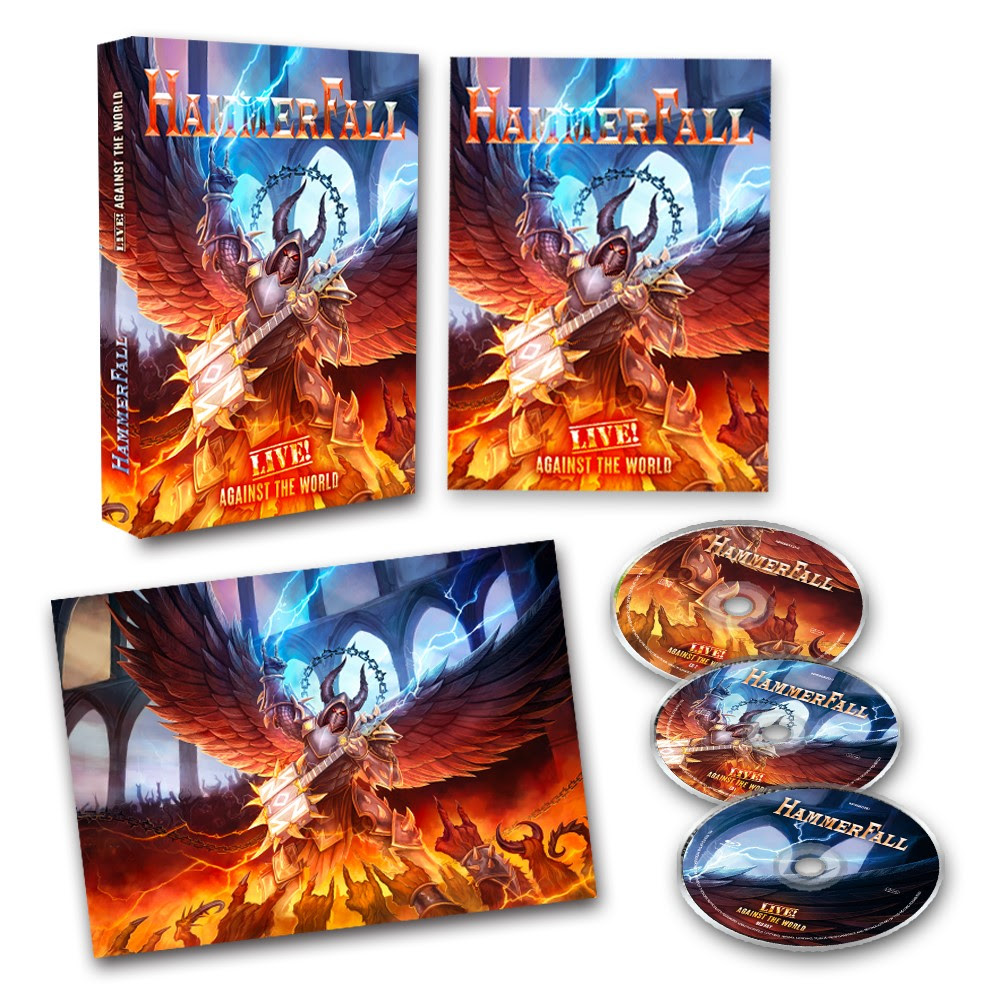