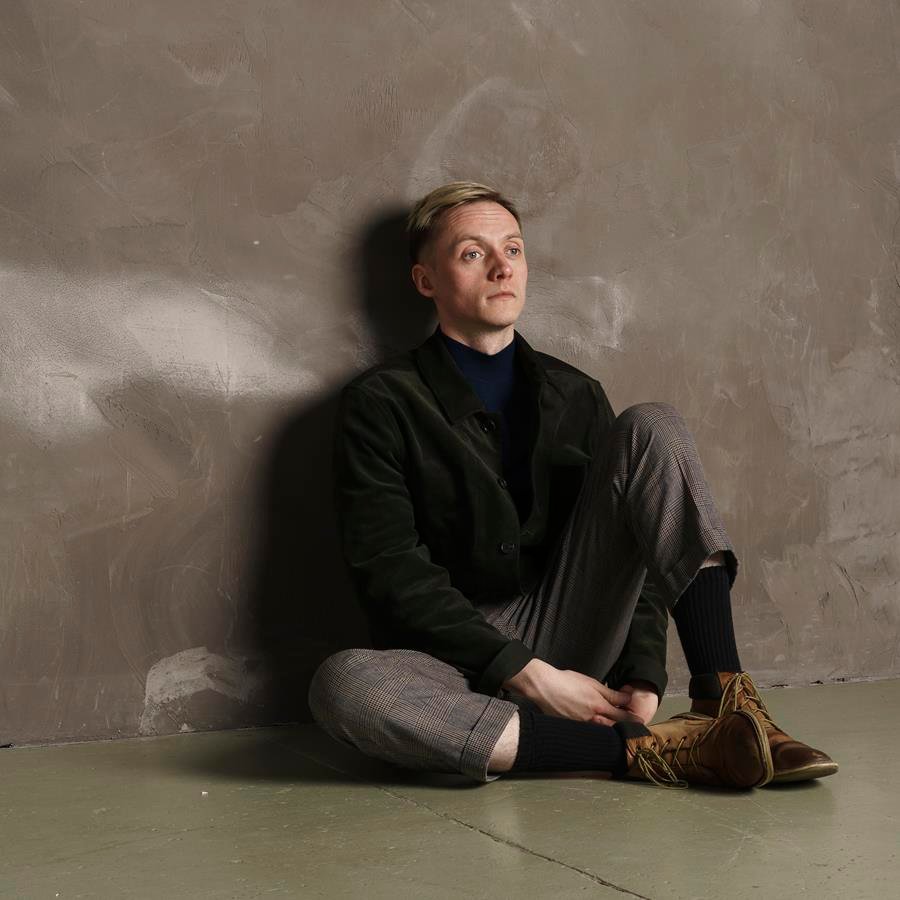 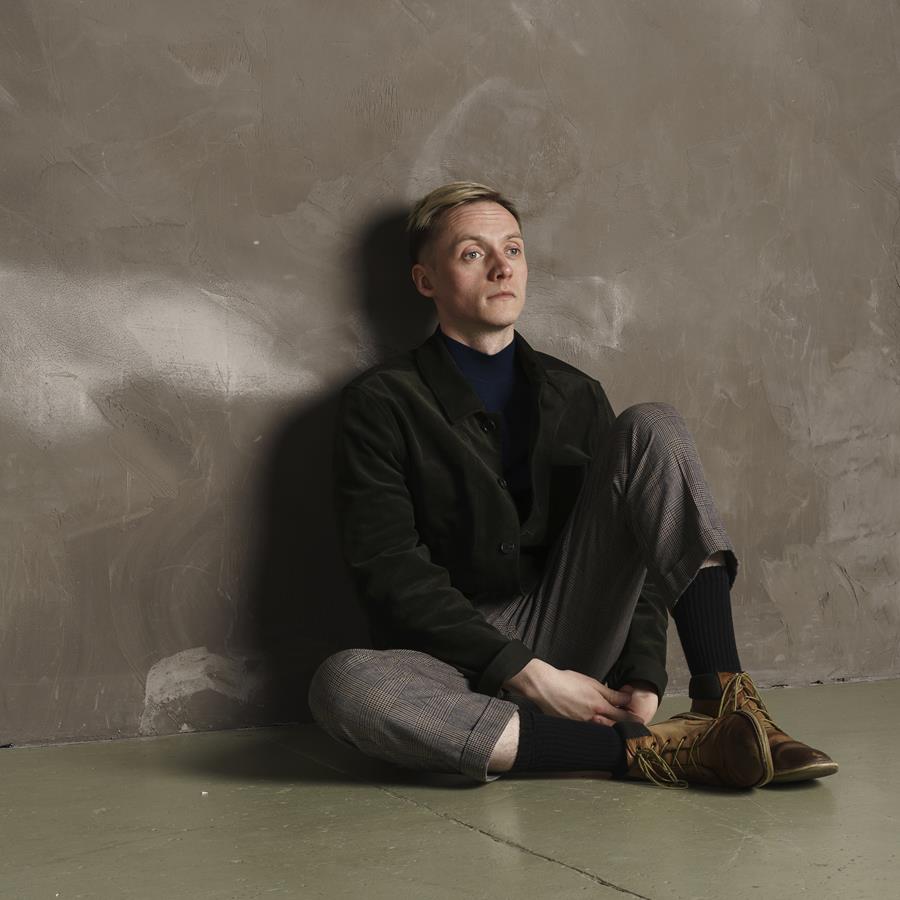 FROM THE FORTHCOMING NEW ALBUM ‘HEAVY ELEVATOR’ OUT SEPTEMBER 17

“That is a great, great record” Marc Riley, BBC 6Music

“Hamish is such a natural storyteller, both in life and in his music. His way with words is something that I admire and envy in equal measure.” Charlie Cunningham

“An artist in love with words, his wry, brooding constructions put us in mind of Jarvis Cocker’s solo work, or even aspects of Richard Hawley’s catalogue.”
Robin Murray, CLASH – Track Of The Day

Premiered by Steve Lamacq on his BBC 6Music show yesterday evening, “The Mauritian Badminton Doubles Champion, 1973” is the new single & video from upcoming Edinburgh musician Hamish Hawk. The track is lifted from Hawk’s forthcoming album ‘Heavy Elevator’ (released on all formats on September 17, pre-order here), which was produced by Rod Jones of Idlewild and contains the previous singles “Calls To Tiree” and “Caterpillar”, both of which were B-listed at BBC 6Music.

Inspired by a visit to St Paul’s Cathedral, “The Mauritian Badminton Doubles Champion, 1973” is 218 emotion-packed seconds which soar as high as the Whispering Gallery and echo just as beautifully.

“The Mauritian Badminton Doubles Champion, 1973 is a pop song, and as such it covers all the classic pop bases, namely death, badminton, and cathedrals,” comments Hawk. “The initial idea for the song came to me when I was standing on the steps of St Paul’s Cathedral in London. I’d previously failed to notice just how colossal a structure it really is. For Christopher Wren to have designed it, and for him to have seen its construction finished in his lifetime, the thought just staggered me. Not only had he fashioned a legacy for himself, unlike no other, he was able to pay witness to his own legacy whilst he was still alive.

“I suppose it got me thinking: if I were to fashion a legacy for myself, it might well be a song. I imagined what it would sound like, and in turn, the song became a wider rumination on matters of life, family, marriage, and ultimately, death. It was a song I knew I had in me; all it took was Andy Pearson’s beautiful guitar line to squeeze the blood out the stone. It’s one of my favourites on the album, and very close to my heart.”

The video was produced entirely ‘in-house’ by members of Hawk’s band – it was written and edited by guitarist Andrew Pearson, who co-wrote the song, and directed by drummer Stefan Maurice. “We see Hamish die and go to Scottish Indie Heaven,” Pearson explains. “Once in heaven, he’s living the dream! Banging a shuttlecock around with our hero Withered Hand while King Creosote and Idlewild’s Rod Jones watch on. But, the dream sours, and Hamish meets a grizzly end!”

Rich of voice and even richer of imagination, Hawk creates musical pen-portraits, chamber pop songs that have swallowed both a dictionary and a compendium of modern urban (and island) fairy tales. And Hawk does all this with considerable wit, inspired by artists like Leonard Cohen, Morrissey (the olden days version), Jarvis Cocker, Randy Newman, and Stephin Merritt of Magnetic Fields.

Hawk has been making music for several years, though ‘Heavy Elevator’ marks a huge leap forward for the graduate of St Andrews University. For the first time Hawk has written with Andrew Pearson (guitars) and Stefan Maurice (keys, drums), who form the core of his band to create ten tracks packed with characters, incident, emotion, geographical/artistic references, and tunes big enough to hang your coat on. For the recording, the core writing trio were rounded out by Alex Duthie (bass) and John Cashman (keyboards).

“Heavy Elevator reads like my diary,” says Hawk of the album. “It’s just about all in there, and it goes way back. The teary-eyed losing your mum in the supermarket stuff. The awkward teenage thing. The lost twenty-something. The chance encounters, the half-remembered conversations, the witching hour panics, the hostile takeovers. There is more of me in it than any album I’ve written previously. It describes the feeling of reaching the heights you promised yourself, replaced all too often by the feeling that you’re sinking. Heavy Elevator sounded about right.”

Hamish Hawk’s videos display his literacy and creativity, while revealing him as a performer of David Byrne-like physicality and charisma. The video for “Caterpillar” was directed by Ellen De Faux of LS Productions, who was nominated for a 2021 GRAMMY as one of the producers of Harry Style’s ‘Adore You’ video. Influenced by Peter Brook’s iconic 1971 film adaptation of the Shakespeare play ‘King Lear’, in the “Calls To Tiree” video Hawk wittily channels the Fool.

Hawk met Rod Jones at the Iona Village Hall Music Festival in 2016. Jones mentioned he’d be interested in recording some sessions at his studio in Edinburgh. One session became a couple of sessions, a phone call here and there became pretty regular contact, and an acquaintance became a producer, a producer became a mentor, a mentor became a manager. Their long collaboration has resulted in ‘Heavy Elevator’, destined to be one of the most intriguing rock albums of 2021.