Shortly before their North American tour with Metal Church, which kicks off on April 23rd, Atlanta-based metallers HALCYON WAY present a music video for the track “The Church Of Me”. The song is taken from their new album “Bloody But Unbowed”, out now on Agonia Records. Watch the video at this link: 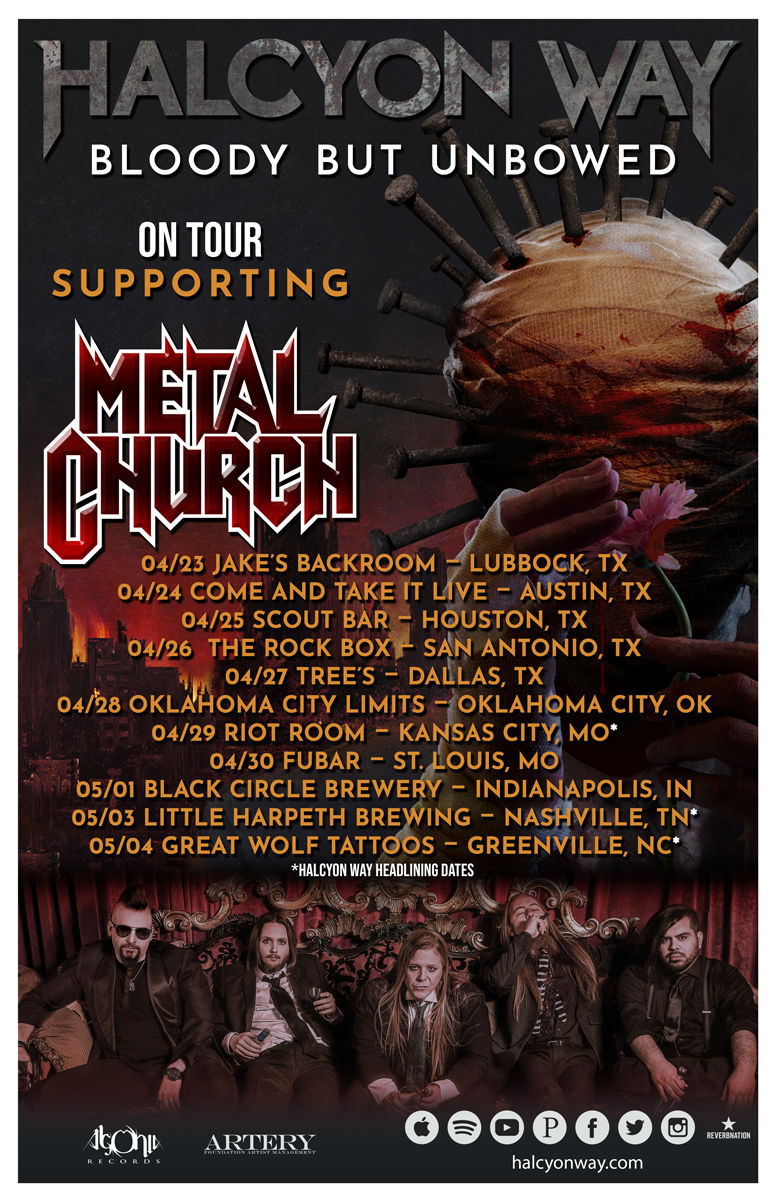