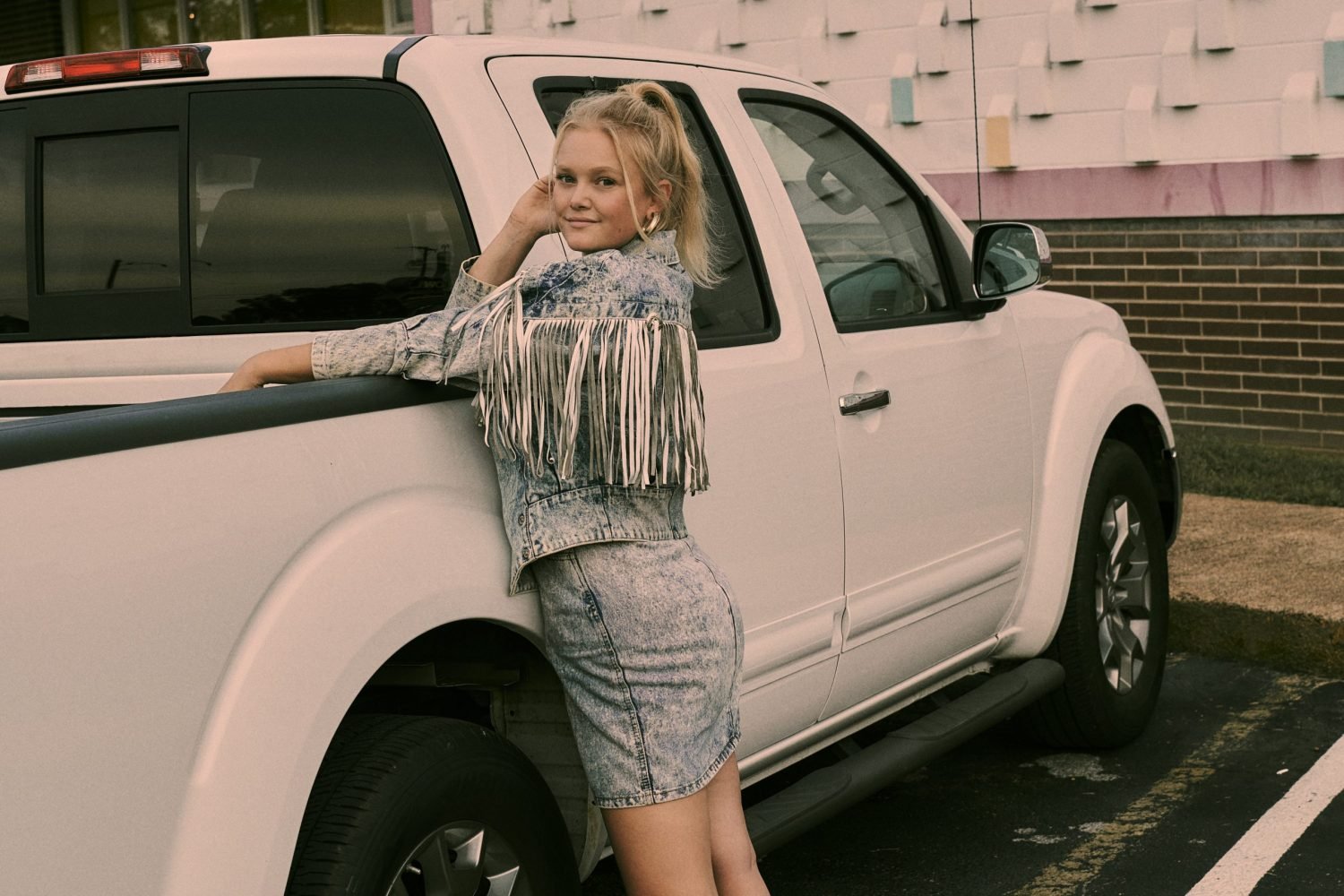 NASHVILLE, TENN. — (For immediate release) — Yesterday (21/4), Hailey Whitters appeared in the latest instalment of the “CMT Campfire Sessions,” playing songs from critically-acclaimed album THE DREAM and recently released deluxe version LIVING THE DREAM. The stripped-down acoustic performance features guitarist Ethan Burks and guest appearances from Brent Cobb who duets on “Glad To Be Here” and Jordan Davis who duets on “The Ride.”

“One of my favorite things to do is sit around a campfire in my backyard with friends and guitars and play music together,” says Whitters. “I’m glad CMT was willing to capture these songs in their natural element.”

LIVING THE DREAM was reviewed on NPR’s Fresh Air, who said the expanded album is “…more proof of how good and how important Hailey Whitters has become,” and adds, “As both a writer and a singer, Whitters has rapidly proven to be one of the most interesting voices in country music.”

Whitters recently wrapped a run of dates with Midland and Flatland Cavalry in Texas, and will continue to tour throughout the summer and fall with stops at Country Boom, Tortuga Music Festival, and dates supporting Jon Pardi and Luke Combs. Find a full list of tour dates at her website.

ABOUT HAILEY WHITTERS:
Rising singer-songwriter Hailey Whitters scored her breakthrough moment in 2019, with the release of “Ten Year Town,” the first single from her critically-acclaimed, self-funded debut album, THE DREAM – praised as “the year’s deepest country album” (The Washington Post). Now with 12+ years in Nashville, TN, under her belt, the Shueyville, Iowa-native is LIVING THE DREAM, with the release of her deluxe album that features five new collaborations with Brent Cobb, Jordan Davis, Hillary Lindsey, Lori McKenna, Little Big Town, and Trisha Yearwood. Since being dubbed “Nashville’s Newest Unsigned Star” (Rolling Stone) for her breakout hit, she’s toured with Brent Cobb, Jordan Davis, Maren Morris and Little Big Town, plus notched cuts as a songwriter by Alan Jackson, Martina McBride, and Little Big Town. Named an Artist to Watch 2020 on coveted lists by Paste Magazine, Pandora, and more, as well as being inducted into CMT’s Next Women of Country Class of 2020, Whitters signed her first record deal in partnership with her own label Pigasus Records and Big Loud Records / Songs & Daughters. Lauded by Pitchfork and BrooklynVegan, THE DREAM appeared on more than 15 year-end best of 2020 lists and landed at #1 on both Stereogum’s “10 Best Country Albums of 2020” and Garden & Gun’s “Best Southern Albums of 2020” list.