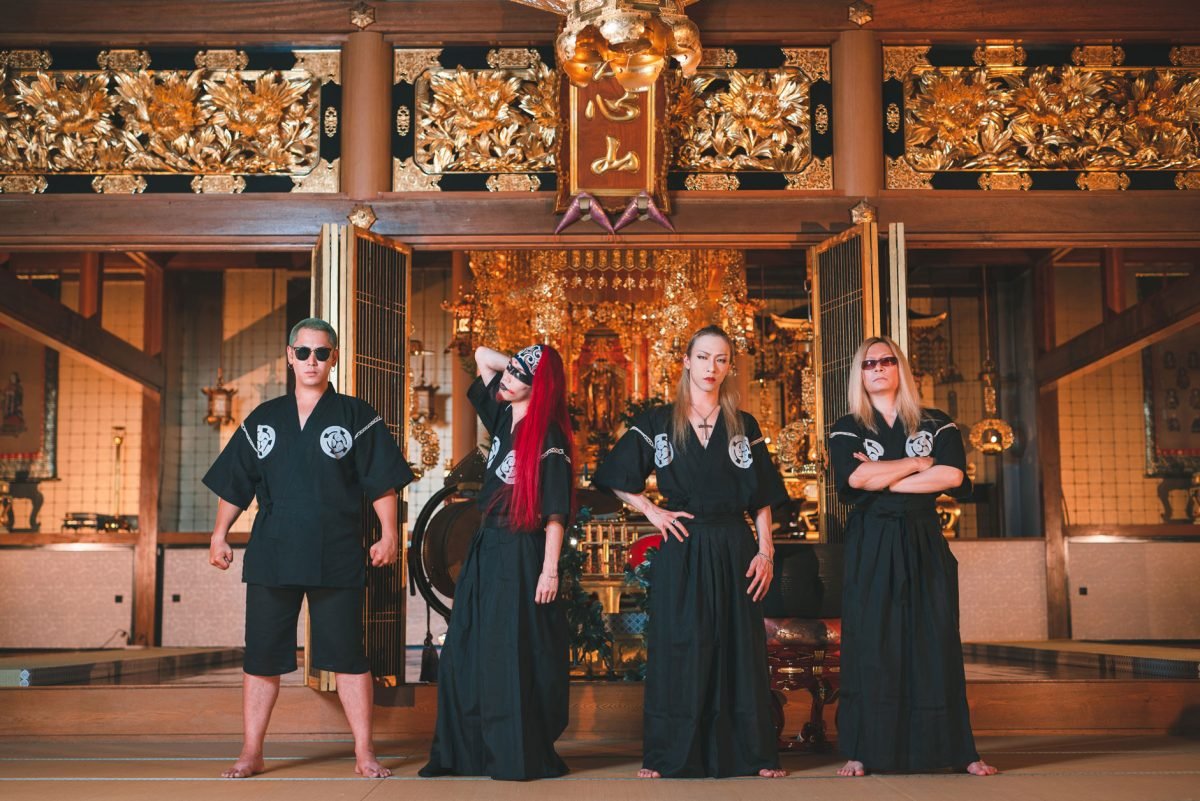 “God Samurai Ninja” is also the theme song for Batman Ninja The Show. You can find all the info about it here on the official sites https://batman-ninja.jp

Gyze combine traditional Japanese music with powerful metal to create their very own sound. Neck-breaking high-speed riffs, melodic guitar riffs, and crazy solos are complemented by epic orchestral arrangements, Japanese instruments, and a traditional folkloric style. Gyze have earned their cult status through global festival appearances, a joint tour with Battle Beast and the release of three albums (including a Japan Top 10), various EPs, and singles. Highly praised by the Japanese media, the band was recently the cover stars of BURRN! Magazine. 2021 sees Gyze push their metallic power and speed further than ever before while continuing to sharpen their exotic twists.