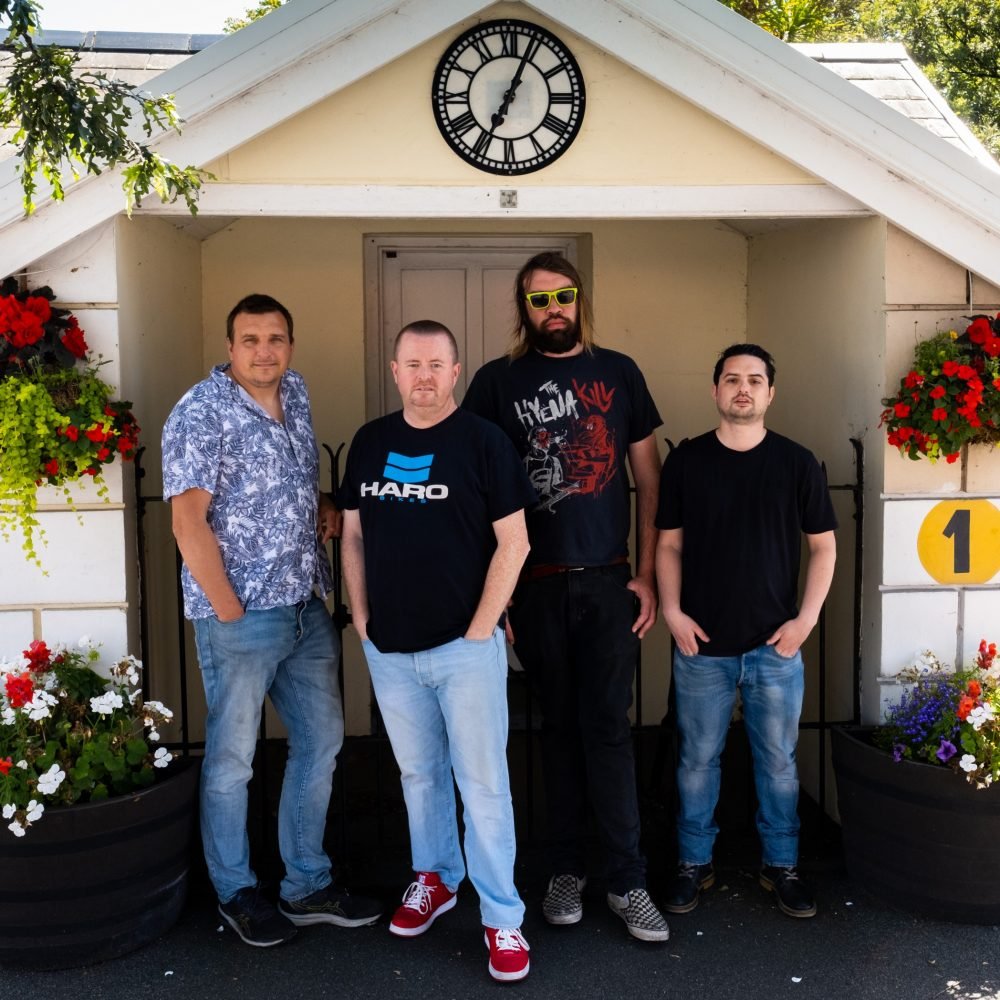 Guernsey post grunge crew COASTAL FIRE DEPT. express an array of influences and unleash an energetic sound. The UK dirty rockers drop their splendid new single, What Do I, this Friday. With the band on the rise, we asked the guys to exclusively give us their most influential tracks:

Nirvana was at the vanguard of the grunge movement.  This song is driving, repetitive, angsty and so catchy!  Everything about it screams simple but effective…minimal lyrics, big drums, pounding bass, two note guitar riff and a fake sorta guitar solo.  This has defo influenced us and we do throw this into live sets from time to time.

The Pixies heavily influenced Nirvana and grunge rock/indie rock.  They more or less invented the quiet Loud song dynamic.  The song has a lot of build up before smashing through the chorus.  Lyrically it tells the story of Samson and Delilah although this could be a metaphor for something else.  We do quite a few songs in the quiet LOUD style!

This song is a driving 90s guitar song and very well produced…everything about it is perfect.  Failure are experimenting here with grunge and the beginnings of their space rock sound.  A trio of instruments perfectly balanced and lyrically its open to interpretation…is it about drug addiction or something sexual?  We don’t know!  Ken Andrews of Failure has mixed one of our singles and Kellii Scott (the drummer) has played on our recent singles.

This song by Balance and Composure is so well produced and is defo a post grunge sort of sound.  For us, its more about the music with this song…it washes over you and makes you feel positive and uplifted.  Put this on, whack up the volume and you can’t stop feeling awesome.  A little giveaway…we used this as the musical reference point for our single ‘What Do I’.

This song takes the tried and tested 90s grunge sound and updates it with a gritty vibe.  Lots of quiet LOUD here…building up to a very catchy chorus. “I’ve been so sick of flowers on everything”…the first line from the chorus makes it clear what this song is about…I can’t be bothered with this.  An angry gritty catchy grungy song…just great!

Lyrically we haven’t got a clue what these guys are on about!  It’s supposedly about a Hungarian revolution!  This song is just great fun.  An understated verse followed by a massive chaotic chorus you could sing or jump along to!  Big guitars and a massive outro ending…this is a song to mosh to!  How does this make us feel?  Jumping out, getting stuck in and smashing everything up…maybe our guitars!